I've Explained Why This Is Not A Crinoid 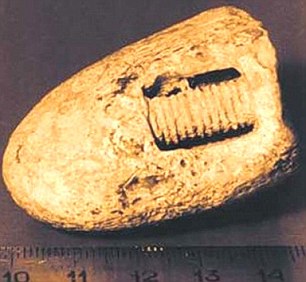 So scientists (yes those guy's again) have categorically and unreservedly given their own high five, pat on the back and personal assurances that this is probably around 65% not an ancient screw! That's practically a fact, right. Lol. They are unreservedly and "unapologetic" plus full of enthusiasm for their so-called scientific fact that it "might be" a sea creature? Mhh lol? Crinoid. But, Crinoids dont form in a screw formation, they are one on top of another but this is a "clockwise to tighten design" which is absolutely different to a Crinoid. But in all fairness I am still open to more information on this because by its very nature its unproven and this is still inconclusive and the jury is still out on what exactly it is. Thats just logical. So, logic must mean that we still look at this instead of settling on it been a Crinoid because that's been just as stubborn as saying its "not" a Crinoid, right?

It could well be a part of an ancient advanced civilisation craft... Or a: hoax, unknown natural formation, different type of petrified seed or a like a shark egg looks strange, this could be a long died off type of insect? Far fetched, but all options open means just that.
An object that appears to be a screw fixed inside a rock has captured the world's attention since it was found in the 1990s, but the debate rages on about what it really is. Russian researchers believe the unusual object is 300 million years old, leading some people to claim that it may be proof of a highly advanced lost human civilisation, or even the work of aliens. However, experts suggest that there may be a more earthly answer that the ‘screw’ is in fact a fossilised sea creature.

The researchers stumbled across the ‘screw’ after searching the Kaluga region after an asteroid strike occurred there, Ancient Code reported. The ‘screw’ measures an inch (2cm) long and was collected by a UFO and paranormal research team called the Kosmopoisk Group. They claim that the stone is between 300 and 320 million years old and after X-raying it, believe there is another hidden ‘screw’ inside the stone.

But more conventional scientists have not got a look at the object, so have had to base their speculation on grainy pictures posted online. The Kosmopoisk Group has not said what the screw is made of, or given any detailed information about it. The self-styled group, which is also known as Spacesearch and the Russian Scientific Organisation, conducts expeditions to sites that are believed to have extraterrestrial activity or unusual creatures - and has a mixed reputation. 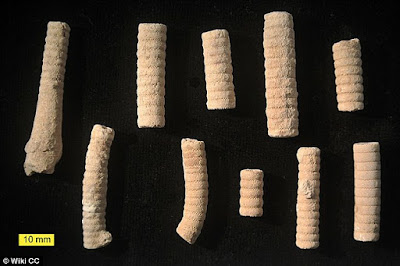 The screw-like shape may actually be the reversed-shape of the creature, which gradually dissolved while the rock formed around it. Fossils of Jurassic crinoids collected in Israel are pictured.

The leading hypothesis from experts who have seen photos of the stone is that the ‘screw' is actually the remains of an ancient sea creature called a crinoid. The screw-like shape may actually be the reversed-shape of the creature, which gradually dissolved while the rock formed around it. Some 600 species of Crinoids are now extinct but the creatures live on in different forms in modern seas.

They have five arms to snatch passing prey and a hidden mouth on the top. It is thought that the fossilised creature in the mysterious rock is a form of ‘sea lily’ – a type of crinoid that grew a stalk when it became an adult, to tether itself to the seabed. Crinoids were extremely common millions of years ago, and countless fossils have been found, some segments of which do resemble screws. 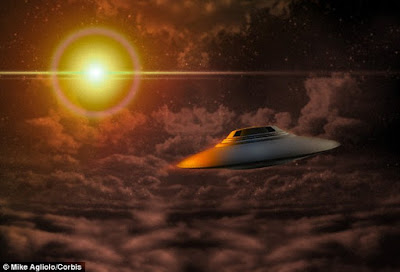 Russian researchers have dated the unusual 'screw' to 300 million years old, leading some people to claim that it may be proof of a highly advanced lost human civilisation, or even the work of aliens. 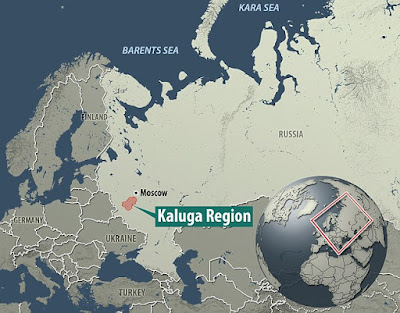 Researchers stumbled across the ‘screw’ after searching the Kaluga region after an asteroid strike occurred there. The ‘screw’ measures an inch (2cm) long and was collected by a UFO and paranormal research team called the Kosmopoisk Group.

However, some say that the stalks of crinoids were typically much smaller than the ‘screw’, with slightly different markings, and have discarded the theory. More far-fetched theories include that the 'screw' is the remains of an ancient form of technology that proves aliens lived on Earth millions of years ago, or that our ancestors were far more advanced than we think.

Nigel Watson, author of the UFO Investigations Manual told MailOnline: ‘Lots of out-of-place artefacts have been reported, such as nails or even tools embedded in ancient stone. 'Some of these reports are…misinterpretations of natural formations. ‘In this case sceptics claim the screw is nothing more than the fossilised remains of a crinoid marine animal, while believers note that the screw is very different from the surrounding fossil evidence.

It would be great to think we could find such ancient evidence of a spaceship visiting us so long ago, but we have to consider whether extra-terrestrial spacecraft builders would use screws in the construction of their craft. It also seems that this story is probably a hoax that is being spread by the internet, and reflects our desire to believe that extraterrestrials have visited us in the past and are still visiting us today in what we now call UFOs. 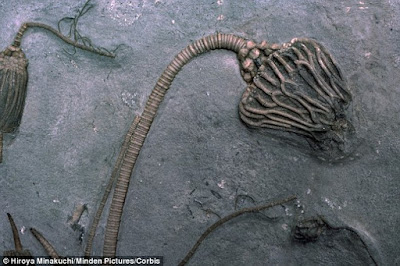