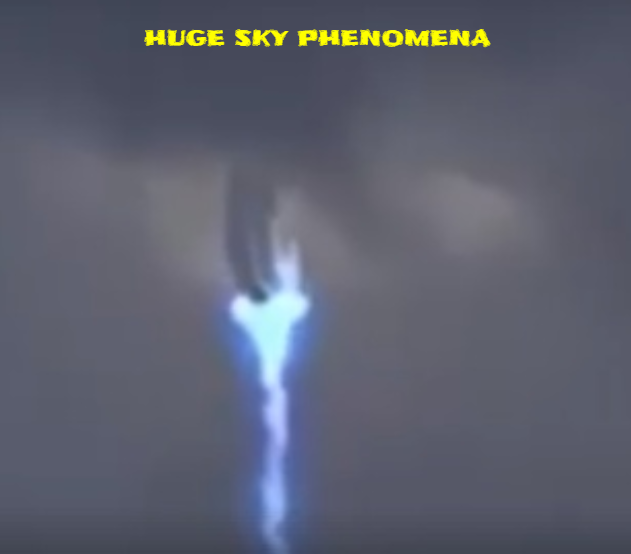 It's December 2020 and I have been asking for answers to this from people for a long time now and still, there's absolutely nothing in way of answers yo it's origin, eye witness or anything like that. So, after a couple of years of asking I'm of the new updated opinion that this is absolutely bogus. I have found nothing to support this supposed UFO, portal etc. I was very open minded a few years ago. But, like then as like now - I knew time would reveal all. Even if it's not one answer because that in itself is an answer. That it's fake.


This is the most unusual and absolutely breathtaking energy beam, sky portal or Alien spaceship taking off but what is it - seriously just take your pick at whatever you want to call it? Your not wrong because it really could be "absolutely anything" right? I mean, look at it, explain what you see because i'm totally stuck. Whatever it is though, it is fantastic. If its real?


It could be an energy beam, that's my first thoughts? It could be a secret testing of a prototype rocket but I highly doubt that. Is it Alien in nature? Is it a portal, stargate or is it simply an electric burst from the clouds which I know it sounds stupid but I'm trying to cover all angles here so that we get a better understanding of it "whatever it, is" We've never come across anything quite like this before, it's huge. Why isn't it in major news agencies? Is that because it's fake I wonder... 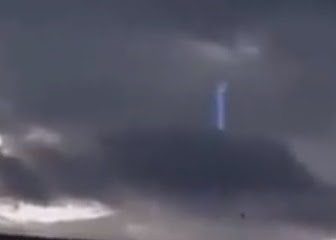 At the very beginning of the video you can see a black dot in the cloud right next to the energy beam (I'm going with energy beam here) and it might have something to do with this energy type beam? It could even be a UFO?

It could be a secret as yet unknown vehicle of some sort? It's all speculation and as the sceptic in me is saying that we need more information before we make a decision. If this is a new type of space vehicle then "wow" this is terrifying! 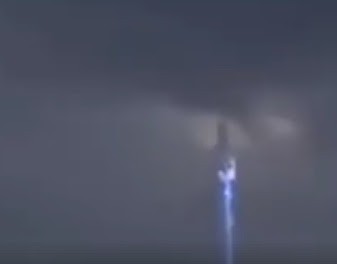 Have you ever seen anything quite like this ever? Talk about having an otherworldly event occure? That would fill me with dread, anticipation and anxiety because of my "belief in Aliens" but rather fear of an Alien invasion! That, I know for certain is going to happen you can safely bet the house on that.

Here's some of the videos.

And there you go, the images and the video speaks for themselves. Amazing stuff or what. 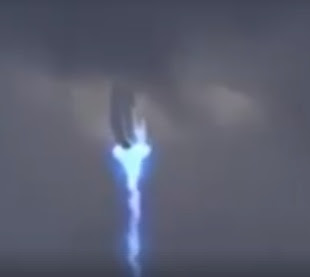 There's natural events that happen all the time but guys, there's absolutely no way whatsoever that this is natural. I had to ask if it was but my own personal opinion is that this is definitely intelligently made. I believe we are witnessing something here that if I had a red phone in my office I would be on it! But seriously who am I gonna phone? This is up there with all time mysteries if you ask me.