UFO With A Green Laser Shoots Across The City

A few people witness a green laser coming out of a UFO in Milton Keynes In the UK. It's a UFO and a green laser both in the UK skies. Is this real.

Straight out of a Sci-fi movie with popcorn jammed in it's mouth is this drone type craft hovering and flying over Milton Keynes in the UK.

Hold on to your eyeballs because I'm taking them for a spin. Get a good look at this UFO - it's a green laser for sure, but there's a UFO near it, the green laser has a round ball on it's upper part... That's worth looking into. 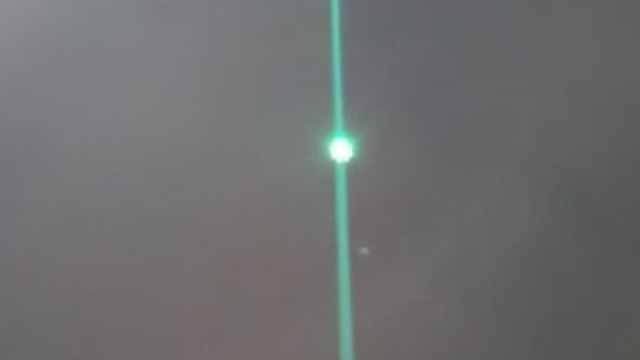 Take the fact that the eye witness states that this is a drone, it's a funny way to describe what you think is a UFO, don't you reckon? If I genuinely filmed what I believed to be a UFO then I'd call it a UFO! I don't think id be calling it a drone. Unless it's a smart way of getting away from the thing when it's outed later on as a hoax? 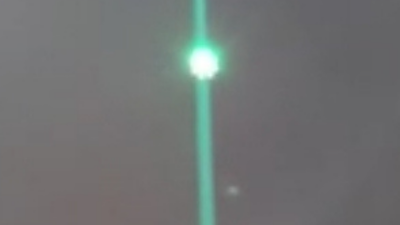 The Mile Long UFO Spotted From The ISS

Some people ask me "what do they want, why are they here"? I have to say that I honestly think that they've been here for a while now and they are in all likelihood in a role of "just watching, observing, surveillance, recording, studying, watchibg and taking it all down".

Take for instance the underlying point of all UFO sighting's, they're always just outside the reach of what's considered contact. They seem to be constantly just coming out of a cloud, or going inside a cloud. They're always just a bit to fast for Jets, ilots see them but can't point them out in a police line up. They're always passing by the ISS in such a fashion that what evidence we do have has never provided definitive proof.

Seriously, that alone has to be the king of all frustrated evidence. I believe that we see exactly what they want us to see and I don't think it's by accident that the UFO videos released by the US government was only showing us a cat and mouse scenario.

Maybe, just maybe that's really all that they (the US government has)? Although it's highly unlikely that it's all they have but nevertheless because it's answers were looking for, we have a duty to look at all possibilities no matter how much we don't believe it.

Objective reasoning, questioning and answering by way of picking our way through as we go until the one bit of irrefutable piece of is starring at us in the eye!

Take this UFO video for what it is, a highly unlikely case of "hoaxing for hoaxing sake by hoaxers that aren't actually or technically lying because of the wording of it".

Lot's of UFO researchers will not even touch this story to cover because they can't bring themselves to comment on what they have already dismissed as a hoax. 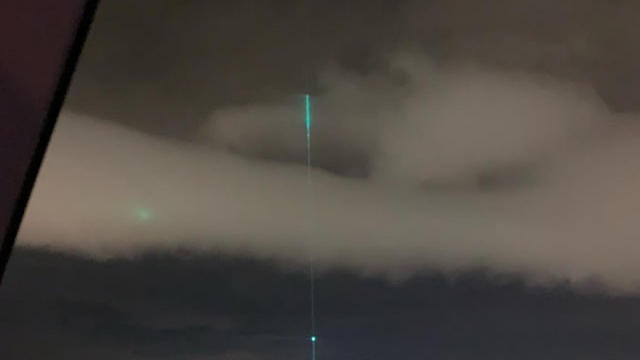 Whereas me on the other hand...

I honestly don't think my own sceptical view should stop me from taking it by the scruff of it's pants and throw it out there for people to see and determine if they want to believe it or not? I'll have to admit though that the reason why I must do this is because there's always that chance (however slight) that this could be a real UFO Incident with unprecedented laser activity. Slight percentage though it is, non the less, it's a percentage and therefore it must be treated like all the other UFO sighting's. 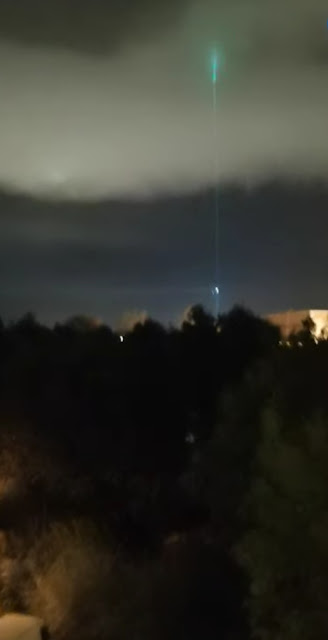 Is this "Drone" (eye witness wording, not mine) trying to mingle it's way through the legitimate sighting's to sit side by side with the probable UFO evidence in a sense hiding with the real evidence.

Is it real, more than likely not.

A green laser beaming into the Milton Keynes sky was caught on camera last night (Thursday, September 24) with some people comparing it to a UFO incident.

The laser was reportedly active in the Kingston area of the town at around 10pm. It is unknown who or what was responsible for it as of yet, but some people have given their version of events. Tom Marvin, from Broughton, captured the incident on video. He said:

"It first caught our attention as the beam shone through our bedroom window and it was really bright. My first thought was that it was a search light from a police helicopter but, after seeing the light shine as high into the sky as we could see, we knew it wasn’t. "When we looked again we thought it was a huge UFO-shaped drone going up and down through the beam. This drone let off another beam which was shining in all different directions."

So, take this UFO video however you must take it or want to take it, but please, please for the first time maybe - can you give it the benefit of the doubt and look into, it like I have? It doesn't matter if it turns out that it's a more than likely hoax because we're used to them but because you've looked into it and you've now done some research on it, when you tell people that it's a hoax, you can say "why" it's a hoax and be confident about it.

It's worth mentioning that there's been a spate of green laser light displays seen in several UK cities. Coventry, Leicester and London have all "very recently" hosted many Laser demonstrations of apparently the world's most powerful laser light by Mat Lawrence/Kvant Lasers.

By the way, there is no authority on this, there is no definitive answer to this "as of now UFO video" and as it stands of today Saturday the 10th April 2021, there's no facts either.

Don't get discouraged though because I've really just described 80 or 90 percent of the whole Ufology genre sighting's.

Even if someone takes the Bull by the horns and says it's a determined definite fake, or that it's already been debunked - ignore tgem because anyone can admit to faking it. People in the US regularly admit to murders they haven't done lol so just ignore the rhetorical nonsense and do your own research because that's the best way yet that I know of, of finding answers!

As far as people stating facts about unproven UFO evidence, just remember that they have no authority to say that. Here's what it is, it's an opinion!