A line of bright UFOs totally shocked people In India. UFOs are regular occasion for people in India and they even filmed the occasion. Is it Spacex.

It's far different from the SpaceX "Cube Satellites" in a straight line or part of a train in space so-to-speak. And when the space train gets to the right coordinates the individual cubes peel off and stsy put in orbit, in it's forever home. It's not surprising that these guy's in India have mistaken the UFO sighting for a SpaceX Wifi satellite.
Related post
Guy Films Black Triangle UFO Over Chicago And Fears For His Life
What tells me that this is a real UFO sighting and not SpaceX is the spaces between the satellites which are actually longer intervals than what we're seeing in this UFO. In fact, not long ago an astronaut actually filmed what looked more like a Starlink satellite train than what this one is. 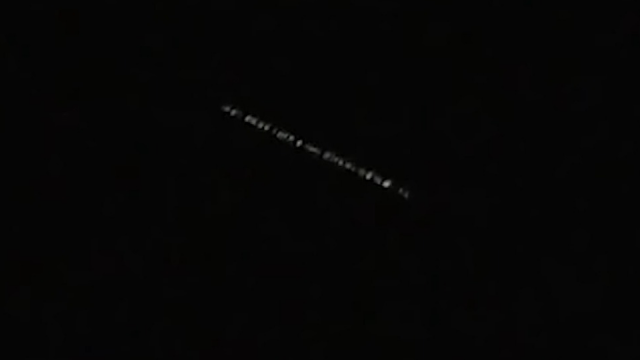 Credit: Pathankot/The Tribune/UFO Sightings Footage/UFO News/Canva.
There's an allied country just eager to play their part in giving their bases over to the US and the advanced Aerodynamic Aerial Vehicles projects that they have been perfecting, that they have been flying over most allied countries for decades. The UFOs that a lot of people see are in man made TR-3B aerial vehicles which have been reverse engineered by humans and Alien being's visiting the Earth. It's hard to believe, but the US has just given full UFO disclosure which is extremely controversial but now we know it's 100 percent real. Not long ago, people said UFOs were rubbish, but it's real so get right over it because it's real. 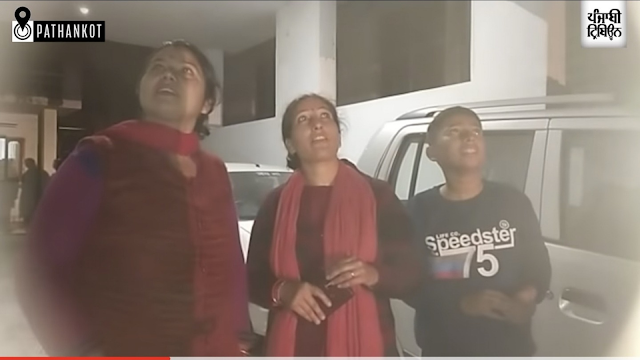 A mysterious line of bright lights seen darting through the night sky has left residents of Punjab's Pathankot puzzled. A line of bright lights was seen for 5 minuted around 7 pm. The unidentified fast moving bright object sparked quite a flutter on Twitter as well. Those who saw the light said that they had not seen anything as beautiful as that light, which sparked the sky for five minutes and then vanished in the sky.

When in doubt, ask. If in doubt, clarify. The reason why I put that is because of the similarities between the Starlink satellites and the UFOs caught on camera over India. I've looked up Starlink satellite train and I'm still sure that what we're seeing here is a UFO instead of Elon Musk's Starlink. I obviously know that I could be wrong, what's your thoughts on this guys?

I know that lot's of people have seen this line of lights which I honestly don't think is Elons satellites? I know that they could be UFOs and it could be the Starlink train, please let me know what you think of this, cheers.
Here's the full YouTube video uploaded by The Tribune to YouTube:
Please share your thought's and opinions also any ideas that you might have about this amazing UFO sighting filmed over India. I'd also appreciate it if you could share this post with someone who you think would appreciate it, cheers.
Credit: Pathankot/The Tribune/UFO Sightings Footage/UFO News/Canva.