There's been a load of strange events happening recently and the discovery of a second copper box all to do with General Robert E.Lee is unreal now.

The fact that we're finally uncovering tons of historical wonders might point to "researchers finally having the time" to sift through all their lives works which could have been stored at the scientific centers, now with restrictions etc we can catalogue and uncover monumental archaeology. 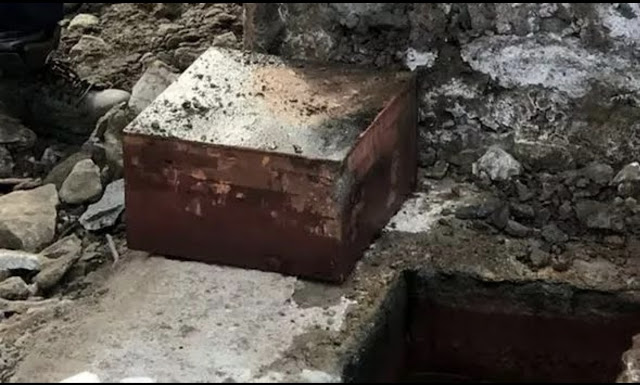 Credit: By Gregory S. Schneider The Washington Post/UFO Sightings Footage/UFO News.
This is fantastic news for everyone.
Here's the part that I really don't understand, it's not the way Robert E.Lee lived his life (it was wrong to treat any human being wrong, not cool at all - we are equal) I'm talking about the strange coincidences and the strange fact that the place where "so-called experts" had already looked, there's been another time capsule discovered did you know. Yes, we're experiencing strange things, the world is giving up it's secrets not to mention all the other history changing news that is going on.
Quote:

Workers removing chunks of granite that had once supported this city’s Robert E. Lee monument finally found what appears to be an elusive 1887 time capsule shortly before noon on Monday. It was in the spot where experts had looked for it unsuccessfully in September, but farther down in the ground.

Officials say the copper box appears to match the description of the original time capsule in historical news accounts. (Office of the Governor of Virginia)
Northam, who ordered the statue removed in September after condemning it as a racist relic of the Lost Cause

This is new, collected and tangible information which has just been waiting for researchers to get stuck in but they just didn'tknow where it was, some coincidences aren't they it's blown the minds of everyone more than likely...
Quote:

As preliminary X-rays had suggested, the time capsule contained Minie balls (Civil War bullets) as well as coins, books and other documents. The relic, which weighs 36 pounds, was in a pool of water when it was found Monday but the contents were in surprisingly good condition. Conservators at the state’s Department of Historic Resources will spend days working to preserve and study the items.

Having to work from home, having the free time ti finally get stuck into all the data which has been accumulated over some people's lives. Sometimes having to just focus on the here and now in any field can be frustrating. But now that researchers have had
The Washington Post reports that a second copper box has been discovered under Robert E.Lee's statue. I mean what's the chances of that happening? There's alway's something that will make people stand in disbelief. This is definitely one of them. The time capsule copper boxes where in the bottom of the statue of General Robert E.Lee. 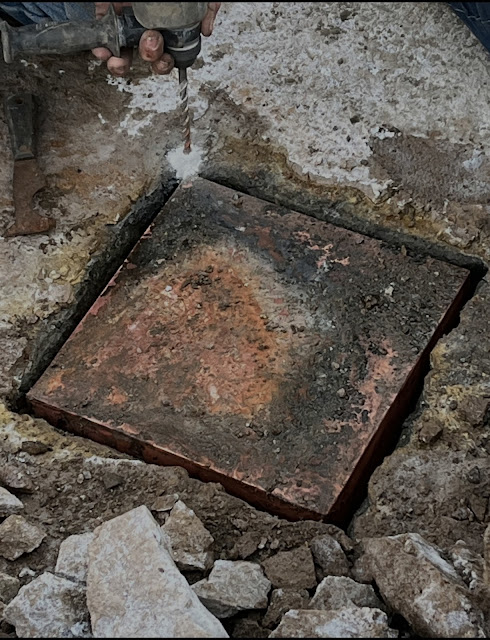 Credit: By Gregory S. Schneider The Washington Post/UFO Sightings Footage/UFO News.
There's been a series of bizarre events in the last few weeks. The only thing we need to know is what part of the Confederate history could have the records put straight? We're allowing in a fantastic time of discovery and wonder. No matter your views, no matter your beliefs we should collectively all try our best to figure out the real history of the world because it's one of the only things that we can rely on that actually took place. Tangible evidence like this couple of time capsules is just about as stunning as it gets, the implications could be epic.
UFO sightings, figure out if there's enough to
Quote:

The good news: The latest box was made of copper and is roughly the right dimensions to be the long-rumored official time capsule, which is expected to contain some 60 items of Confederate memorabilia — including, possibly, a rare photo of President Abraham Lincoln in his casket.
Workers removing chunks of granite that had once supported this city’s Robert E. Lee monument finally found what appears to be an elusive 1887 time capsule shortly before noon on Monday. It was in the spot where experts had looked for it unsuccessfully in September, but farther down in the ground.

I absolutely love chances and coincidences because they happen for a reason. Finding two time capsules in days of each other, for all the time that's elapsed since they was put in their hidden places, what's the chances of that occurrence...
But, it is what it is and please, our history is coming alive more and more everyday and there's been so many recent discoveries that it's enough for us all to be happy and excited because we are still finding marvellous wonders of the world even if the world is acting a wee bit strange nowadays. I want you to be happy, we can still discover new events in history because it's all going digital. Let's get stuck into the ancient historic anomalies, the ancient world is full of events that we're just finding out because it's just added to the digital record.
But finding 2 time capsules to do with the same thing (Robert E.Lee) is absolutely stunning, it's enough for anyone to question every. Ancient Origins is what I love, there's no bounds to the wonders of what might be in the new discoveries that are surely to come. Take a chance and let's figure this out together guy's, peace.

Here's a brilliant video from CBS News YouTube Channel:
Please share your thought's and opinions also any ideas that you might have about this amazing but strange anomaly, the world is opening up it's secrets, finally.
Credit: CBS News YouTube Video/The Washington Post/UFO Sightings Footage/UFO News.