SpaceX Rocket Burning Up Creates A Spiral In The Sky

Mauna Kea is a dormant volcano on the island of Hawaiʻi. It's where the SpaceX rocket was filmed spinning back to Earth through the atmosphere.

Hawaiian telescope Subaru caught an astonishing spiralling UFO that was passing by the installation.

This was actually a SpaceX rocket that was actually filmed burning up as it was falling back to Earth. It's caused quite a stir and as you can imagine, lot's of people jumped straight to the Extraterrestrial entities UFO answer pretty much as soon as it was posted which is a shame really. 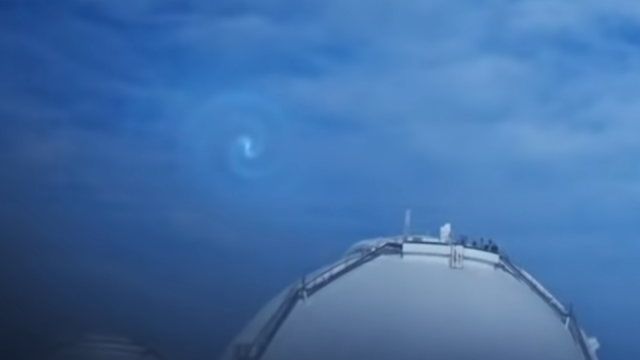 SpaceX rocket on reentry into the Earth's atmosphere spinning like a pyrotechnic Catherine wheel 🎡.

A mysterious whirlpool appeared at the summit of Mauna Kea, Hawaii. It slowly moved to the right while rotating, and disappeared across the sky over a period of about five minutes. 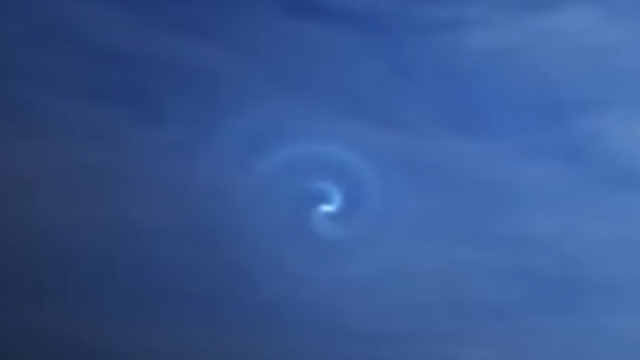 You'll find that the main feature video is of a UFO sighting but with an apparent Extraterrestrial entity just sticking out of the UFO. To be honest with you, that's how it looks to me, but I really could be wrong as these things change quicker than the weather in the UK and that's fast.

Mauna Kea is a dormant volcano on the island of Hawaiʻi. Its peak is 4,207.3 m above sea level, making it the highest point in the state of Hawaiʻi and second-highest peak of an island on Earth. The peak is about 38 m higher than Mauna Loa, its more massive neighbor.

It's no wonder though that people did jump to ot but I just wish that people would stop a minute to examine the object, research it and at least check NASA or the teledcope community because of what it's doing, these spectacular and stunning images plus video, somebody else will have posted about it.

UFO Comes Up To SpaceX Rocket And Turns Away

That way, we get the full information and Ufology once again isnt stood all alone in the corner. But again, I totally understand why people took one look at it and thought that ot was an Alien craft.

Asahi Shimbun Space Department actually did a video for this on their YouTube channel and featured this as a very recent video post. They explained it fully, where it's been filmed which was , the telescope, and they examined it with close ups and a full transcript of the video so you can get all the information contained in this video. The full YouTube video description is below the video in tjis post, enjoy.

There's plenty of UFOs happening in the world right now, because people are filming more UFOs with their smartphones.

A mysterious whirlpool appeared at the summit of Mauna Kea, Hawaii. It slowly moved to the right while rotating, and disappeared across the sky over a period of about five minutes. The image is at 5x speed (some at 2x speed). Mauna Kea was hit by a snow storm before midnight, and there is snow on the lower side of the lens. If you look around 5:07:45, you can see that the phenomenon is occurring behind the clouds. About two hours before this, SpaceX had launched a Falcon 9 rocket, and I imagine that the upper stage of the rocket was probably spinning around, spewing out residual gas, and as dawn broke, the sunlight reflected off the rocket and made it look like this. But it's interesting!

Guy's I'd like to hear what you think about this, can you remember when people was sharing a similar looking video that they was saying it was a UFO lol? Please, by all means leave your thought's and opinions below 👇 cheers.