Some of the charities of late are so brazenly taking the piss big time and knowingly using only 5 pence out of every 1 pound raised is disgusting! It's not the Red Cross doing that I don't think anyways, but actually another charity which was a special report by undercover reporters recently aired on TV in the UK? It chill's me to the core just how easily the public can be fooled, conned and defrauded out of their generosity and their donations? I need to keep telling myself that humans are capable of anything and regularly do anything in the blink of an eye? But that they can be helped back to the right path with friends helping them. 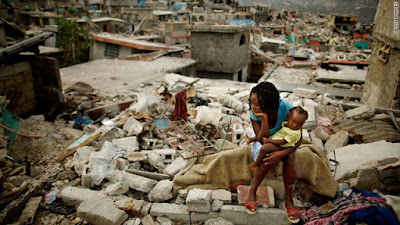 Here we go AGAIN! Another Charity at the center of a fricking massive looming storm. The Red Cross in Haiti has been up to no good by inaction and the terrible inaction is quite often the very same thing as action? Just getting money donated and NOT USING IT is exactly the same as getting the money and misappropriating it because letting the money amass in the Bank by gaining interest and spending that interest on daily running's is terrible because it insinuates that your just paying yourself to do NOTHING whatsoever? 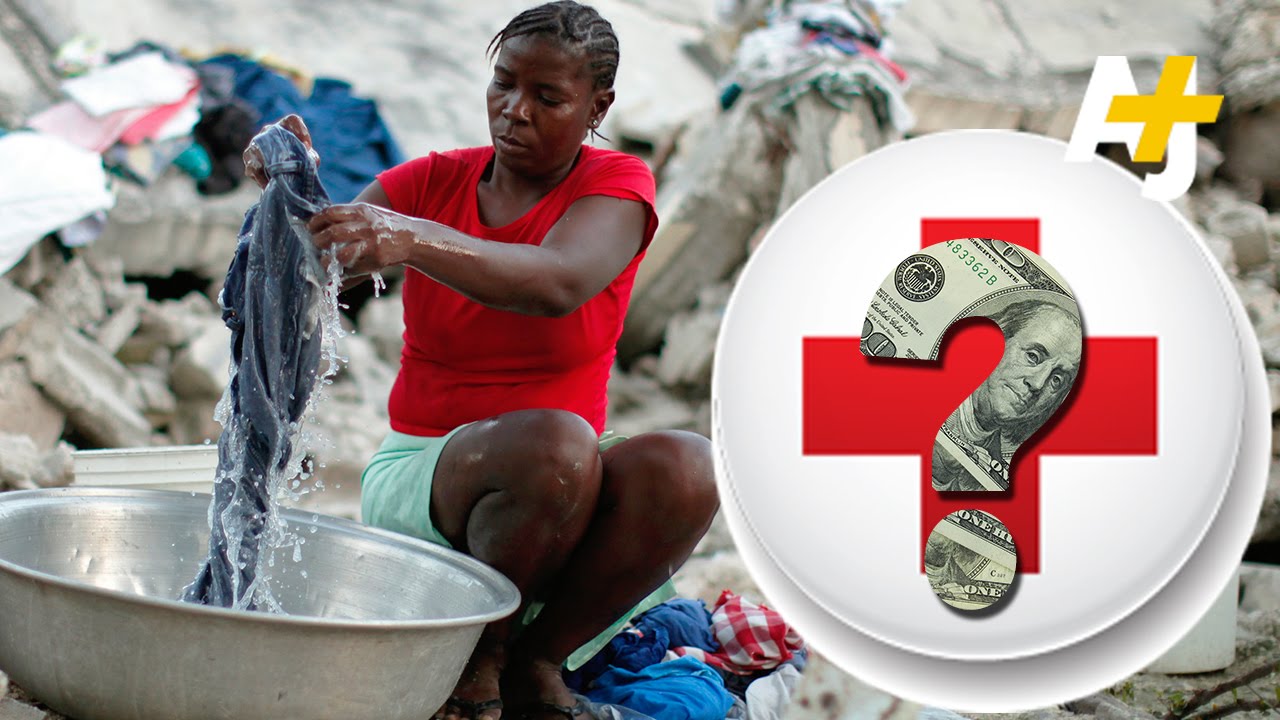 Well, that's exactly what it tell's me anyways? Now, The Red Cross has a huge responsibility and it is supposed to be transparent right? So how the Hell can they be a public charity and publicly commit this inaction (oh yeah, you have to commit inaction because your knowingly doing nothing which is the same thing as knowingly doing something?) I'm thoroughly unhappy lately with some charities? 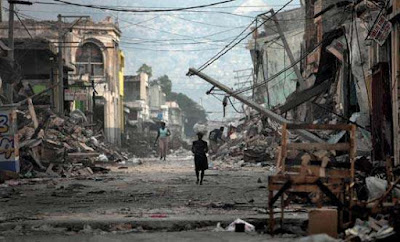 Some of the charities of late are so brazenly taking the piss big time and knowingly using only 5 pence out of every 1 pound raised is disgusting! It's not the Red Cross doing that I don't think anyways, but actually another charity which was a special report by undercover reporters recently aired on TV in the UK? It chill's me to the core just how easily the public can be fooled, conned and defrauded out of their generosity and their donations? I need to keep telling myself that humans are capable of anything and regularly do anything in the blink of an eye? But that they can be helped back to the right path with friends helping them?


Anyways, back to the story we researched and wanted to bring to you because we feel it's our duty to bring you the terrible injustices which is being perpetrated in the name of giving, caring and generosity of strangers?

The Red Cross has built exactly 6 homes in Haiti with 500 billion dollars in donations.

The Red Cross made a promise to Haiti to help provide homes following the 2010 earthquake that devastated the region. They promised they would build hundreds of thousands of homes for people who had been left homeless by the destructive earthquake but they have failed massively. In fact, to date, they have built just six homes despite the fact that around half a billion dollars were donated. 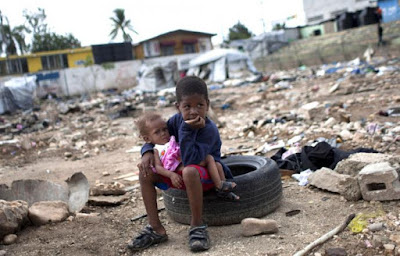 130,000 Homes Promised, Only 6 Built The plans of the Red Cross fell through as they did promise to build 130,000 homes to home the survivors of the earthquake. Many people were left with nothing following the huge earthquake. People from around the world offered relief for the victims, however, thanks to many errors; the plans to build the homes had to be halted. Worse still many people are now in doubt that the houses are going to be built. Many regions were devastated by the earthquake and they have yet to be rebuilt. The earthquake left many people living in shacks that had been put together hastily from whatever debris could be collected. Many people do not have access to clean water, while others struggle to get dirty water.


Memos Leaked Reveal Many Errors Made by Red Cross Memos have been leaked from the Red Cross that show just how many errors they actually made. These errors hindered the erecting of the buildings and it has been said that they could all have been avoided if there had been better management and planning within the Red Cross. Former employees hired to work on the project have said that staff had been hired at the time and they were unable to read Creole or French. This meant that many of them had been unable to work in the environment properly.

The director at the time was Judith St. Fort and in a memo dating back to 2011, she talked about how the managers who were responsible for the operation had made some remarks about the Haitian employees that were very disturbing. In a report, she highlighted her concerns about the operation in Haiti and said that they needed the right leadership on the ground in order to be able to operate effectively. She also highlighted many issues and concerns from her last trip, all serious concerns about leadership that was lacking.

The racist remarks had been brought to the foreground when managers said that “the ones that we have hired are not strong so we probably should not pay close attention to Haitian CVs.”

So, they've built only 6 homes out a planned 130,000 homes? That's more insane than 2 left socks and someone need's to be held responsible and go to jail for misapropriation of funds raised by the public? The public never raised money so that The Red Cross could just sit on the sum of money while taking in the interest and ONLY BUILDING 6 FRICKING HOMES!


You should be disgusted with yourself?
I don't care if you have the best excuse in the world and you think i'm wrong and that your excuse is the best excuse in the world?
The fact of the matter is, it should of been handled by someone with more experience and someone with the ability to spend the money and build homes with the money raised instead of just gaining the interest?

LIKE I SAID, I DON'T CARE IF YOU'VE GOT THE BEST EXCUSE IN THE WORLD? THE FACT IS, YOU MESSED UP BIG TIME AND I HAVE LOST MY RESPECT FOR THE RED CROSS.
IF YOU THINK YOU HAVE THE BEST EXCUSE AND THE BEST REASONING TO TAKE AWAY ANY BLAME AND IF IT EXPLAINS WHAT YOU DID AND PEOPLE INSIDE YOUR OFFICE ACCEPT IT AND SAY NOBODY COULD OF DONE ANYTHING ELSE BETTER?

THE FACT IS YOUR NOT ABLE, CAPABLE OR RIGHT FOR THE JOB?
iF YOU WAS ABLE AND CAPABLE OF DOING THE JOB IT WOULD BE DONE BY NOW?
YOU CANNOT SPEND MONEY ON SPIN DOCTORS TO COME UP WITH EXCUSES OF THE GODS. IF YOU DO THEN THAT'S JUST SPENDING MONEY FOR NO REASON WHEN A SIMPLE SORRY WOULD BE MORE BETTER THAN SPINNING THE SITUATION TO FAVOR YOU OR TO TRY AND MAKE YOURSELF LOOK LIKE YOU HAD NO CHOICE BUT TO ONLY BUILD 6 HOMES SINCE THE HAITI EARTHQUAKE WHICH AT THE TIME YOU PROMISED THE EARTH TO REBUILD THEIR HOMES?
BUT IN REALITY, IT WAS ALL HOT AIR AND YOU JUST WANTED MONEY. YOU JUST WANTED THE PUBLIC'S MONEY TO SPEND ON OTHER STUFF WITHIN YOUR COMPANY LIKE SALARIES FOR PEOPLE INSTEAD OF BUILDING HOMES, BUYING LAND, PREPARING LAND AND ALL THE WHILE WHAT DID YOU DO?
TELL US, TELL THE PEOPLE OF THE WORLD WHAT YOU DID OR HAVE BEEN DOING SINCE THE CRIPPLING EARTHQUAKE IN HAITI WHERE YOU PROMISED THE EARTH AND PROMISED TO REBUILD WITH DONATIONS?
I HAVE NO RESPECT FOR THAT KIND OF BEHAVIOR.
STOP BLAMING THE GOVERNMENT FOR THE RED CROSS FAILINGS. 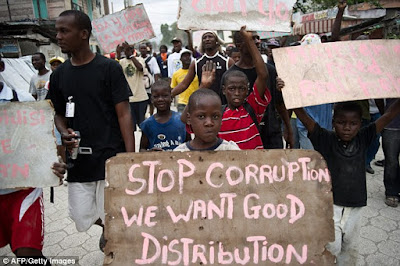 Red Cross Make A Statement But Faith in Them Has Been Lost.
Despite the many failings of the Red Cross, they have remained the leading charity that many turn to after suffering humanitarian crises. The company did release a statement saying “Like many humanitarian organizations responding in Haiti, the American Red Cross met complications in relation to government coordination delays, disputes over land ownership, delays at Haitian customs, challenges finding qualified staff who were in short supply and high demand, and the cholera outbreak, among other challenges, ”.

There is no denying though that trust in the Red Cross has been shaken following the report suggesting that donations had been squandered away and the promise to build homes not kept. Many people have asked that people do not donate to the Red Cross but instead give to the Haitian organizations. Following the earthquake around $9 billion had been pledged to help rebuild the country and re-home people. Around 55,000 Haitians however, are still living in tents or the makeshift shelters, with critics saying that the money has not been used to make Haiti better.