An unusual looking Black Cube UFO came hurtling out of a portal over Texas and was caught on camera by two eye witnesses. The UFO's that have absolutely terrified people instead of been a curiosity or a secret UFO recently seem to be getting alot more stranger and stranger because they're now opening portal on Earth instead near Earth in space. This one has apparently just scared people and terrorised them and as quickly as it came it went! Nobody likes something which flies in, scares people and then leaves. Then it apparently just disappeared never to be seen again or is this just the beginning as this was not that long ago. It is an amazing Alien UFO sighting witnessed by reliable people 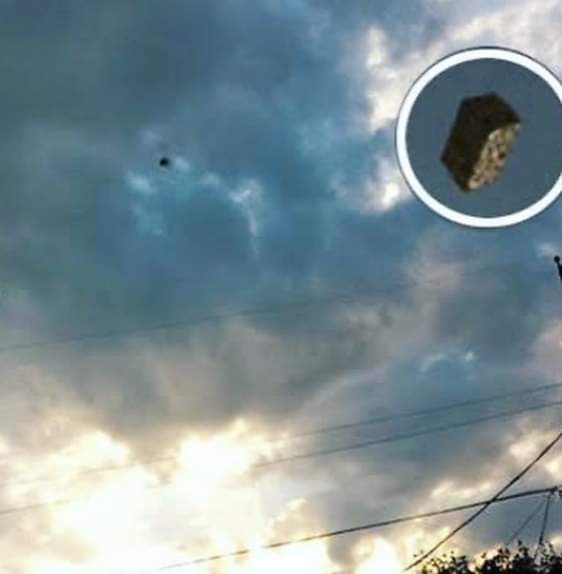 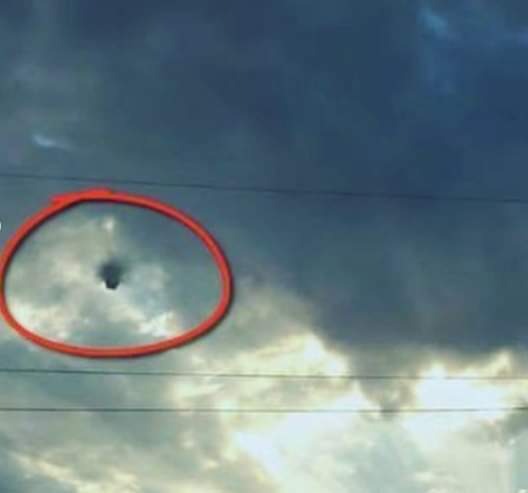 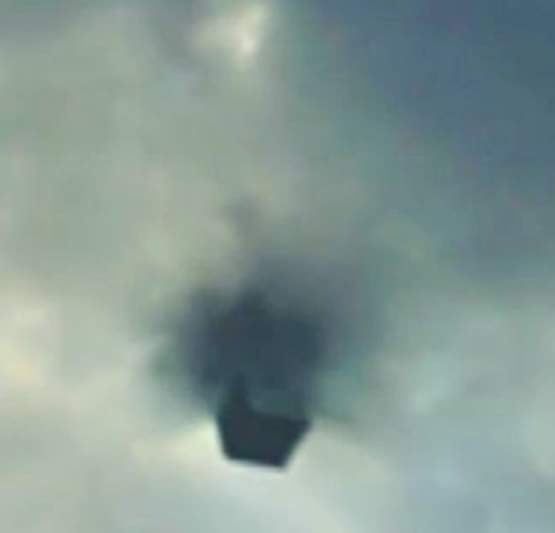 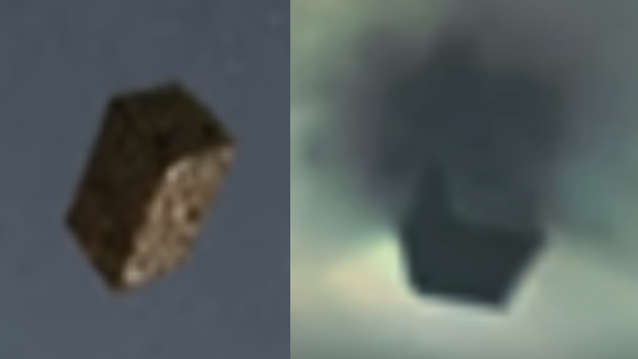 The research that Secureteam10 did with the image is done by bringing out the features of the craft hidden out of view by the clouds and low and behold they are there! Just a few filters and lots of features are brought into focus. If it was a fake video then it would not of brought out any more detail because there is none right!
I actually have just updated this post with a new video showing us more brilliant UFOs over El Paso near the Mexican border.
That means this image or the images should I say, are very real. 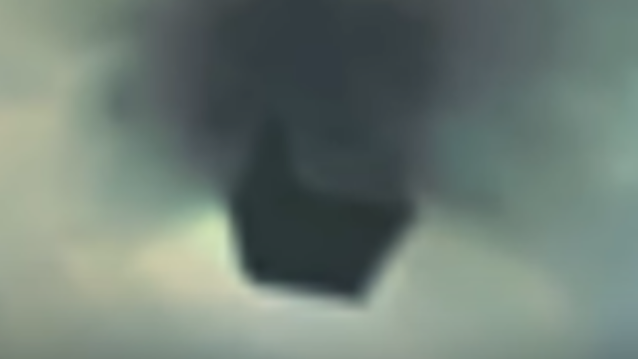 You can't fake putting graphics behind clouds inside images it just doesn't work like that.
Okay I may sound a bit naive because apparently graphics nowadays can imitate reality and anything can be done with the right skill set and the right person.
The full video shows you stills or snapshots of the cube exiting the portal, clouds.
Yeah I believe that this is good, I believe this is real and not a fake. It is a Cube UFO coming out of the clouds.


Like this image for instance where we can see the Cube UFO parts which are hidden by the clouds, only brought out by image tweaking like a professional would do. that's why I believe this is real. 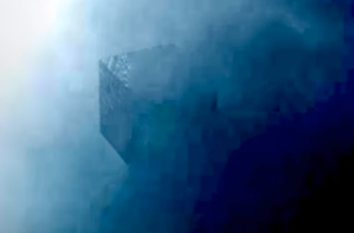 A bizarre and sinister-looking perfect black cube has terrified residents of a Texas town after it appeared in the skies above White Sands - the USA's most secret military installation. It looks like the Borg Cube Alien Spaceship from the TV show Star Trek.

The terrifying black cube was snapped over El Paso on the Texas border just a few miles from White Sands - the infamous secret US military testing site which was where the world's first Atomic bomb was detonated. 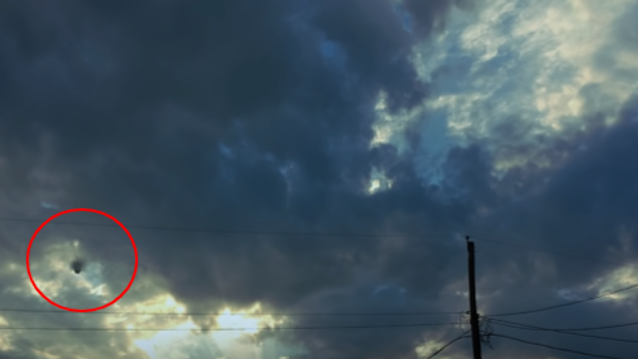 Image Credit/Secureteam10/Walter C. Lands.
Mexico is a hotbed for UFO activity. Mexico has a huge amount of crafts seen and recorded by people everyday and it's not just people on the streets. It's Police, Doctors, Journalists, Judges, Pilots, Air Force, Army, Navy, Politicians and everyone else in between.

Almost all the experimental weapons research carried out at White Sands (near to where they caught this on camera) is highly experimental, top secret and very unusual as they're pushing the boundaries of what can be done with science and then pushing the envelope of science itself including physics. I have no doubt whatsoever that this Cube UFO was definitely witnessed in real life and that it was recorded by people who definitely exist.
I don't know that beyond a shadow of a doubt but I can tell you now that out of all the articles I've read, seen, researched and can remember - this little bugger stands out a mile.


The results of the cutting edge research only become public decades later. The famous Roswell UFO site where aliens are reported to have crash-landed on earth is also just a few miles away from El Paso over the border into New Mexico. There's a lot going on in this part of the world and it's all outstanding, beyond Extraterrestrial because it's still producing UFO after UFO and strange phenomena. Look it up, White Sands or El Paso and you're going to be in for a really strange treat. 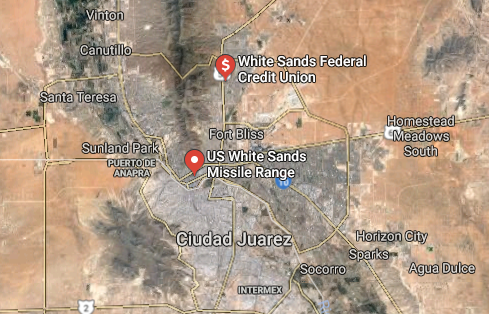 This is a famous UFO sighting and was picked up the popular YouTube channel Secureteam10. It's a very strange UFO encounter and has many people divided as to it's validity? Is it real or is it a clever hoax?

Is it real or is it fake, these are the questions only you can come up with as nobody at the "authorities" as a whole is coming forward with any answers and as I've said before, NASA isn't going to tell us the answer we want to hear! They've made their position clear so we have to accept it.

The black cube emerged in clouds over El Paso from what has been described as 'a black hole type portal'. El Paso resident Walter C Lands, who captured the cube on his mobile phone said:


"It began to get very windy out and I noticed a small portion of clouds begin to swirl and circle in on each other forming a portal shape - at which point the portal became jet black."


A second eye-witness, a woman accountant who did not wish to be named, also took a picture of the skies over El Paso. She said:


"I noticed a square-shaped figure. I was a giant solid thing with designs around it and a faint magnetic oscillation type humming."


Walter passed his video on to phenomenon investigators Secureteam10.
Sadly the Secureteam10 YouTube channel is not up and running because it's under review. That means unfortunately I can't bring you the video and as it's a Secureteam10 video, we will have to wait and see what happens with his channel? Thanks for your understanding.
In fact, there's only photos of the Cube UFO and not actually a video of it coming out of the portal or clouds. I'll still be on the look out for the video if it exists?


Here's what I think happened to Secureteam10. I think that he had an unfortunate situation occur and was targeted by "someone" because that's exactly what happens on YouTube. It's a cesspool of hatred on there with petty little arrogant freaks of nature.