Is This A Rocket Or A Tower On The Moon

Guys i'm being serious when I say that this is very strange as there is quite a few anomalies in just this one Moon image like an Alien Spaceship, now a tower or a rocket and a V shaped entrance to what could be an inner sanctum or base on the Moon. This has way to many strange buildings, ships and now towers for this to be just a coincidence. One coincidence, two coincidences but three coincidences is way off the charts for anyone and that you must agree. Especially as in some other NASA images this anomaly isn't there, the supposed Alien ship is looking like they are trying to blur it our and the V shape entrance is barely visible? But in this main NASA image I have referenced and sourced it all can clearly be seen. So which is it NASA are you disclosing or are you covering up. 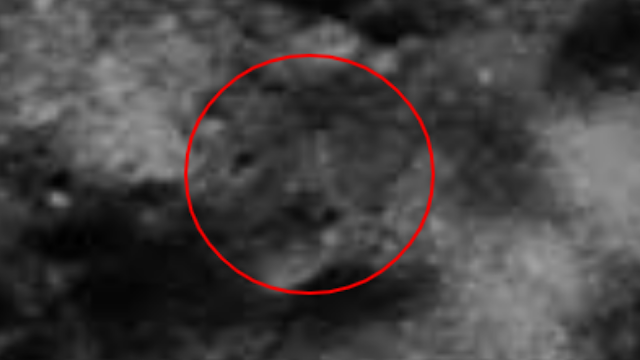 So I was looking at the alleged William Rutledge Alien Spaceship in the Deporte Crater on the Moon (widely reported on) and as I was searching the rest of that particular NASA Moon image #9630 in the middle but just to the right of it, I just happened upon this odd looking and very strangely "but familiar looking object". Do you think it looks like a SpaceX (lookalike) Rocket or a tower of some sort?


These images are from the Moon fly by's from the Apollo Moon Mission images. They are 100% real and all can be verified on the NASA website so these images are not fakes and they are not a hoax, they are real.

I'm been serious, this is very, very odd looking and it shouldn't be there as far as I'm aware of because for one, it's got 3 legs possibly 4 legs as we can only see it from one side so I can't speculate if there is another leg on the other side as like I say, I can't see it? 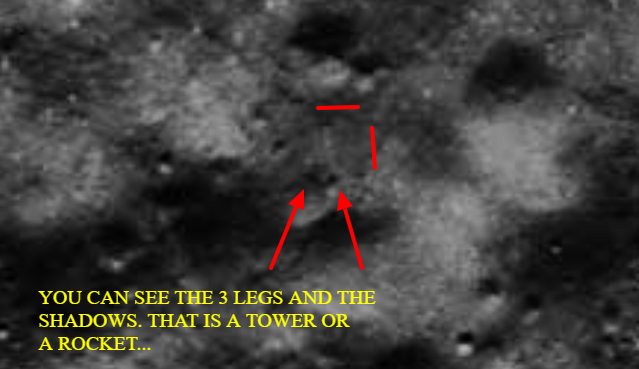 This has 3 legs and 2 half shadow circles at the very bottom of it - as we are seeing it from one side only. The flat Lunar surface has a shadow on it from this extraordinary Rocket looking (or tower) anomaly, don't forget how close it is to the Mona Lisa Alien Spaceship aswell. There's so many anomalies in just this one image. 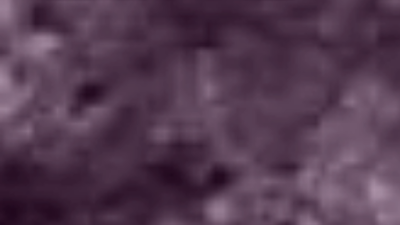 I'm not one hundred percent sure what it is, but I do think NASA has tried to blur this out or cover this up by blurring it away? If it is a rocket then this is an Alien one as we didn't use these types back when we went to the Moon and also it might even be a tower of some sort with leg struts?


Then I also saw this other strange V shape entrance type unusual looking structure just sat there looking all intelligently made. Because that is not a natural formation and neither is the tower or rocket )I still haven't decided what I believe it is as yet)? But I will. 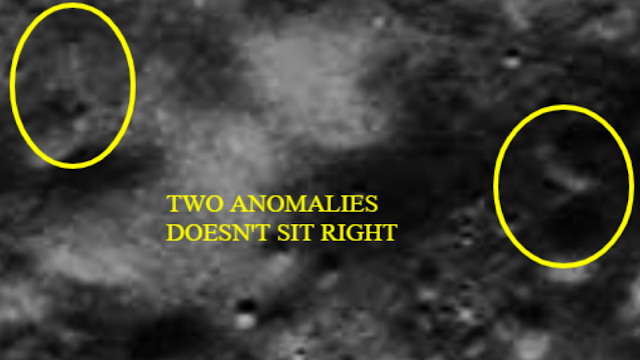 The Alien Spaceship anomaly and Alien nicknamed "Mona Lisa" in this image has been widely reported on - but for another strange anomaly to be found actually in the very same image is weird. Someone else might of found this also but I have literally discovered this as a one off chance so as they're all NASA images. 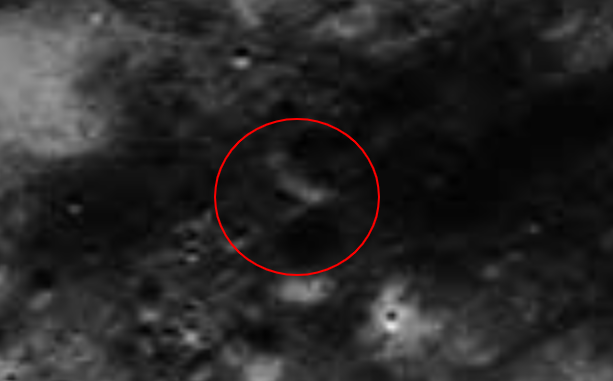 Well it's NASA who actually discovered the strange anomalies (but failed to mention them) first so it's NASA who has to get the credit, anyone else is just pointing stuff out, just like me I'm actually only pointing stuff out. I mean, it's NASA's image simple as, not mine or anyone else but we can report on the images as long as we give credit, so all image links and credit are at the bottom of this post and references also.


In this image below we can see the huge Alien spaceship to the left and the tower/rocket in the middle circled and the V shaped inner entrance to the Moon on the right. Obviously this is a zoomed out image so go and have a look at the above images to see the zoomed in look, cheers guys. Please share this post if you can, thanks.