NASA Raw Image Of Alien On Mars Shadowing The Rover

This is a real historic event that we are witnessing here guys. There is an actual Alien which is looking at or spying on the Mars Rover, it could even be shadowing the Rover and watching it as it goes. The image is from NASA's very own image gallery, archive and we've decided not to put the raw image through any filters to bring out the look of the Alien because that's just cheating isn't it? We want you to see the real, original and raw "unaltered" image in NASA's very own collections instead of putting it through enhancing software and manipulating what it looks like just to prove our point. This is how it looks "exactly" on NASA's own website and it's how it will stay in our post! Why, because it shows an Alien anyways. We don't need to bring out any features or exaggerate the shadows to get our point across. It is what it is. 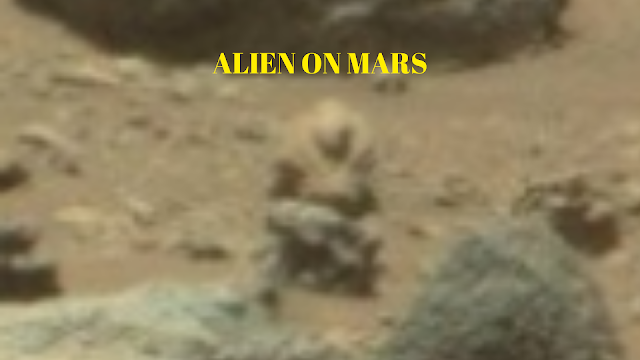 Mars soldier or Martian entity can be seen shadowing the Mars Rover and it is caught on camera kneeling down as if it's spying on the Rover for some reason. Many people have reported and researched this, but this is my own opinion about this and what I think this is...

This is a real Martian soldier and this is a historic, poignant and mind blowing event and it's all been caught on the NASA Mars Rover's cameras for mankind's own records. 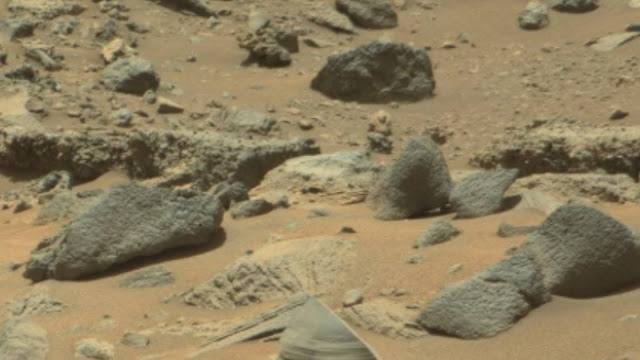 Every now and again we are given a breadcrumb by NASA about the existence of Aliens living in space and I believe that this is one of them occasions? I believe that because what else can this be besides a real life, bone fide Alien either shadowing or stalking the Mars Rover?

My gut feeling is that there is way more to this than meets the eye and in the future when Aliens are common place, people will start to ask the questions like was my UFO sighting real? Was my Alien abduction real or was it me dreaming it? I think in the future we will get answers and the answers will be very, very revealing.

Again, we have not put this image through any filters or graphics software. This is the same image as is on the NASA website - please compare it. It is still obvious where the "Alien" is, even in this image and even though were zoomed out pretty far? This is why I am certain that this is an Alien that we are seeing. 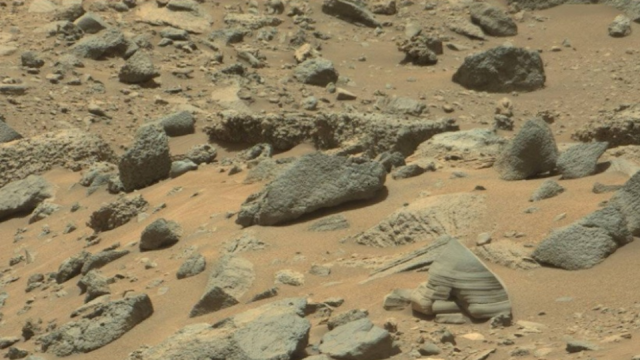 NASA cannot and will not - admit to Aliens been real or that the UFOs we keep on capturing on camera are real. They will however put all the information that they want the public to know about online and I believe that this is their way of saying "Aliens don't exist but reading in between the lines, they do exist" by publishing this obvious image of an Alien on Mars?

I could be wrong and this might very well be a rock or swamp gas, but I really don't think so, do you? I do not have any other answer for what this is or what the odds of the likelihood of this been a natural rock formation.

I did this video to show how mind blown I am about this and just how much I really do believe that this is an Alien? The video shows me telling you the thoughts I initially have and the thing that really convinced me this is an Alien and that's the Alien kneeling.

I can see it's shoe, I can see it's suit and the scarf like neck material. The fact that this has a "gun" is absolutely scary aswell as it tells me that these Mars Aliens are armed, but why are they armed - what threat do they face? Is it us that are the threat? Is it human beings or is it another Alien race on Mars? We all must have many, many questions about this image guys. 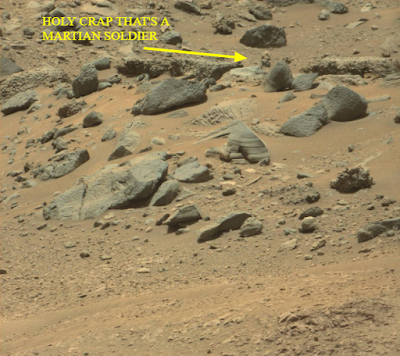 The the thing about NASA is they allow you to share their images and videos as long as you give them credit in the posts, so here'#s to you NASA for finally coming clean and showing us through your wonderful images that there are Aliens on Mars, cheers NASA JPL - Caltech and MSSS (Malin Space Science Systems).

Guys, I've provided you with all the sources that I strongly suggest you should go and do some research on to find the interesting stuff? I've added the source of the raw image and the NASA co-workers websites that all work with NASA. These sites are a wealth of information and valuable disclosure, depending on where you look and how you interpret the stuff your reading and seeing?

Also, here is a great post about a herd of animals seen on Mars again in NASA's own images.

I decided to do this video and I think I explain myself and my opinions well? It's a quick video and I reckon that I get the message across, lol. Please share this post with your friends and lets get some dialogue going about what this actually is.