Here's one of the best UFO sightings to have been photographed over Los Angeles. It's a typical Flying Saucer seen in the night sky but it's better.

TMZ is usually a celebrity gossip website (I think) I'm not that upto date with it as it's not my cup of tea.

Celebrity gossip just isn't something I want in my life lol. I can definitely live without knowing that Paris Hilton or Kimye are getting divorced lol. It's just not news, seriously on a level, that is 100% mind numbing, toe nail chewing, finger sniffing and window licking stuff.
This photo below is a brilliant UFO sighting, it's got to be there if the lady says she saw it, then stopped to take photos. 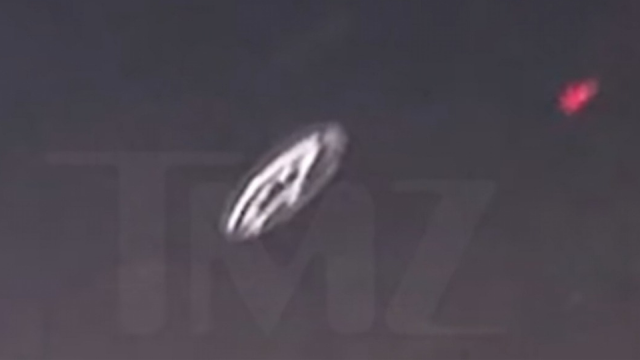 Credit: TMZ YouTube Channel/UFO Sightings Footage/UFO News/Canva.
Now UFOs on the the other hand is by far more interesting especially after the US Government disclosed multiple UFO videos showing UFOs or should I be politically correct and say UAP - Unidentified Aerial Phenomenon. It doesn't matter what it's called because it's known throughout the world as UFOs. They even went so far as to say that it's not another country's technology and it's not anything known to the United States Government by any known entity.
This leaves us with a crazy answer, and that answer is: Extraterrestrial entities.
On a better note, and a more interesting note, here's a UFO that if real could change mankind and yes, I honestly believe that Ufology is far better than watching "scripted reality" lol TV, tripe. 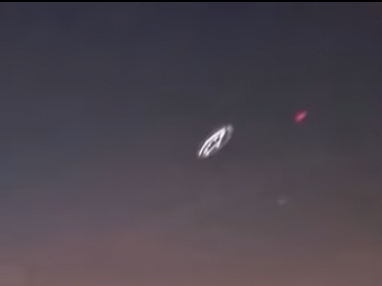 This video has in it - people for the UFO and people against the UFO which they are saying that it's a reflection off a window that's showing something in the reflection that looks like a Flying Saucer. But, you've got to admit that it's looking great as an unknown object because let's have a moment of undistorted reality here and let's look at the 50/50 scenario:

For-
The eye witness said she saw it, that's why she stopped her car and took the photo.
Against-
It looks like a light reflected in the window.

Hmm, that's it? I totally see what the no sayers see. Oh, my bad 👎 I actually thought that we was talking about something else entirely.
Are you kidding me, so your going to pin your facts on pareidolia, seeing something that looks like another familiar object? That's weak, it's lame and it's typical of a "know it all" to fall back on half clueless piece of crud. Or, in otherword's your appealing to the 1 dimensional thinkers who will see a light reflected in the window also and will not think past that and they'll then latch onto this opinion just because you've proved it looks familiar to an object.
I'm writing this but I'm actually addressing some of the questions and opinions put forward in this video regarding the White Flying Saucer.
Here's the full video:
Please share your thought's and opinions on what this can be? Also I'd really appreciate it if you could share this post with anyone who would understand it, cheers.
Credit: TMZ YouTube channel/UFO Sightings Footage/UFO News/Canva.