Is NASA witholding the information that the Black Knight Satellite UFO exists because it's concerned about us or the UFO? Has NASA investigated it?

The Black Knight Satellite UFO has been seen orbiting Earth so many different times that it's undeniable.

What's the most controversial part about the whole BKS UFO sighting? 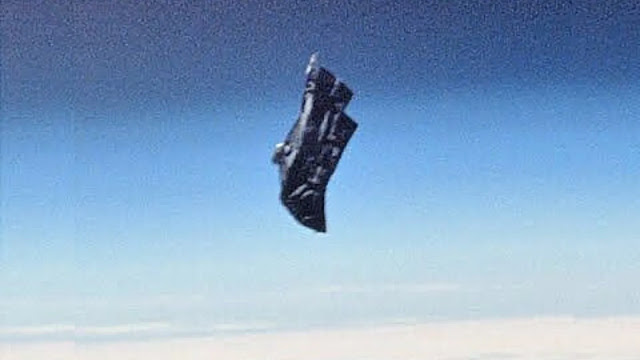 It can only mean one thing, that the reason why we don't have the Black Knight Satellite UFO sat on a plinth outside of a Government agency or a military base is because it's being covered up!
We know that it's there right, we've been getting signal's from it since the 50's. So it stands to reason that it's been covered up.

Pick anything that you like because (and this is literally) your guess is as good as the next person. NASA won't answer anything. If you really believe that NASA has never gone up to it, or that they somehow ignore it on every single revolution of the International Space Station then I don't think you get the understanding of what NASA does? They're supposed to be looking for evidence of Extraterrestrial life in space!

Okay, while they (NASA) says that it's searching for the existence of Extraterrestrial life in space, their silence and refusal to answer any questions speaks to a few possible reasons for this?

There's a lot more possible scenarios as to why NASA doesn't bother to answer any questions from anyone regarding UFOs which we now know that the US Government has known about for years. And if you think that the US Government never asked NASA for it's expertise then again, you probably don't understand the nature of what goes on with the secretive group of people who are in control of the narrative.

There's a massive shield been put around everything NASA does and for good reasons. There's countries out there who'd like to not invest in research and development and just steal the plans. So I understand that NASA likes to answer nothing, confirming or denying nothing. They only answer questions to stuff they've been involved with and won't acknowledge Alien life even though that's why they're looking in space for the evidence of Alien's.

The Black Knight Satellite UFO is a mystery to me because I can't understand why it's not already on display at a NASA facility? Why the hell isn't it already sat on a plinth at some naval dockyard? Guy's, I'm afraid that there's a possibility that the whole BKS UFO is nothing more than made up fiction?

Even though there's evidence that shows it does exist? What I mean by that is it's something that is definitely there, but it's not an ancient civilization satellite or that it's anything else but a natural rock or ejecta from an old volcano eruption that was as high as low Earth orbit spewing out rock and magma into space? Is it a space wanderer caught in Earth's gravity that now orbits Earth?

Look, my understanding of space and how space works is limited, like a lot of people's knowledge of space I suppose, it's limited. UFOs on the other hand is a different matter, but guy's I just can't understand why NASA doesn't investigate it and get it over with? Unless it's already done so...

The Black Knight Satellite mystery. The discovery of the Black Knight Satellite is perhaps one of the most famous space objects to orbit our Planet. This “Artificial Satellite” has caused major media interest since the late 50′s, and it has become one of the most talked about objects in space. It has been identified as an Alien Satellite and even though there are images of this object, many remain skeptical about its purpose and origin.