A local resident who lives in Hager Creek in North Carolina USA filmed what's become known as the Lake Norman Blimp. It actually looks just like one.

This is a spectacular UFO filmed over Lake Norman in Hager Creek, North Carolina, USA by Jason Swing.

The witness says that he filmed a Cigar shape object off Hagers Creek access area, 788 McKendree Road in North Carolina. 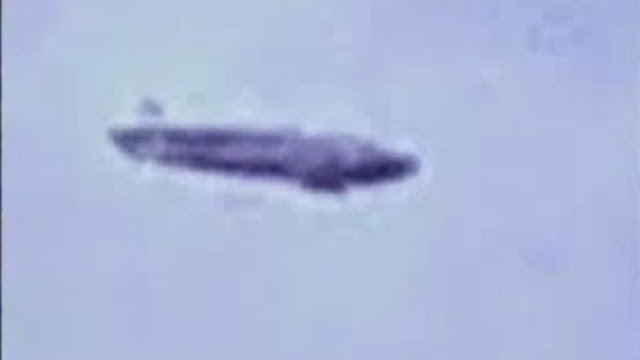 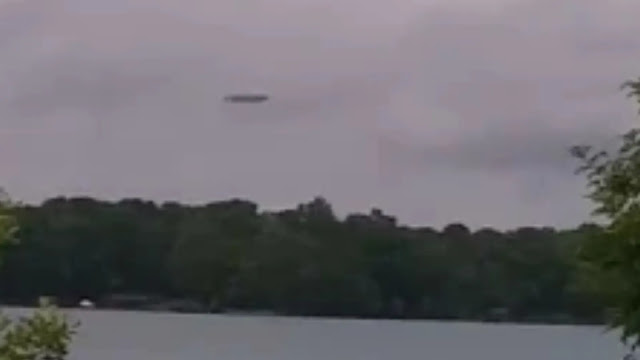 And he said it was astronomically large and seeing as though he was tgere and we've got a lot of evidence in the video, we can take bim at his word.
The local news media outlets have absolutely jumped all over this one guy's because it's such a good UFO sighting. As far as it's huge, it's hovering over Lake Norman and it's a popular spot Hager's Creek. Personally I think that it's ever since we had the official UAP disclosure that these news outlets have been unusually interested and kind and guess what, they don't even sign off with a joke or belittling the UFO witnesses anymore!
Who'd have thought that eh!
I've personally noticed a massive change in the journalist's attitudes and I know for a fact it's ever since we had the senator's and Congressmen and Congresswoman standing up "demanding" that the secret agencies ie the Pentagon, CIA, FBI, DoD, Navy and you name the power's that be want answers now.
So, with UFO sightings literally been played at committee hearings it's unprecedented stuff. Hence, the top of the pyramid is taking it seriously so the news media outlets are taking it seriously. You've probably noticed it yourself.
We've all got our own version of how it all came about depending on which news channels we watched that covered it. Our knowledge is also dictated by the UFO videos on YouTube that we watch. How much you know might be more than me. And vise versa. But, one that I do know is that we're all learning as we go along. It's varied, it's vast and it's (Ufology) is saturated with UFO sightings, big time.

Lake Norman has had a few UFOs seen there before but this one seems to be the largest one. Have you ever seen a UFO like this one? If you've got a video or a story with UFO photos then please get in touch with us and we'll try to publish it on your behalf.

UFO evidence is all over the world, people are filming some of the most extraordinary UFO events that's probably ever to happen. The UFOs are getting bigger, bolder and now that we've had UAP disclosure, I reckon that we're going to be told about Extraterrestrial life existing anytime soon.

This UFO sighting was picked up by media outlets around the world. The witness says that it was tve size of 2 747's and if you know about airplanes then you'll know that tgese are big. There was actually another person who saw the UFO itself at the same time as Jason Swing did because this person was with Jason.

Tgst does not mean it's to coincidental or to uncanny because in my view this like anything else, it gives it credibility. Two eye witnesses are better than one, right.

I was at work 2018 10:30 a.m it had been raining all morning. Rain finally stopped so we went w pick up a boat from lake norman.. When came around the corner I saw this thing sitting still very close...

Guy's this is a solid UFO sighting, it's a bit crap in terms of the shaking, I felt like it was on purpose but maybe it wasn't? I'll add another link to the local media outlets own video as they've added a picture stabaliser to it. Please share this post and leave your thought's on what you think about it, cheers.