Amongst the latest discovery in China, were 19 completely intact, large Dinosaur eggs, the biggest of which was 13 centimetres (7 inches) in diameter, South China Morning Post reports. The Dinosaur eggs have been handed over to the Chinese Academy of Sciences for further examination. Guys you need to come and see these BLUE DINOSAUR EGGS.

"43 BLUE" fossilised dinosaur eggs, were found in China during road repair work in Heyuan city in the southern Chinese province of Guangdong. Guy's it doesn't get any better than this as far as finding over a million year old Dinosaur egg, because not only have the egg's still got their original colours but that some of them "19" fully intact egg's. That means that there could be tiny skeletal remains of a miniature Dinosaur inside the egg's and who knows we could get some DNA from the preserved egg's? It could be a fascinating time or a disappointing time for scientists? 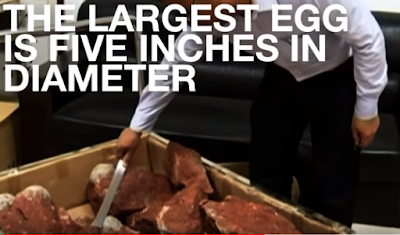 But still, just finding the egg's was a stroke of luck because the actual area they were found has been under a road for a long time? China has been undertaking one of the worlds biggest construction phases in history with their infrastructure growing rapidly and so expect more amazing finds as China grows?

China has giving up some ancient and historic paleontological discoveries over the years but this one has given up 43 Dinosaur egg's! WOW! That's mind blowing stuff, right? Get this, some museums and organisations haven't even got 10 or 20 Dinosaur examples let alone 43 Dinosaur specimens - so for this recent discovery it has to be world ranked as an all time great just for the shear size of the treasure trove of natural curiosity wonders? Well that's how I would describe it. 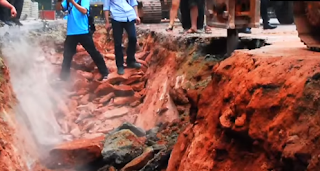 The city of Heyuan, Guangdong Province, which has rightfully earned itself the nickname “hometown of the dinosaur.” According to city authorities, more than 17,000 fragments of dinosaur eggs have been discovered since the mid 1990s, when a group of schoolboys unearthed the first specimens at a building site after mistaking them for stones. This staggering number of finds has landed Heyuan a place in the Guinness Book of World Records as the city with the largest known collection of dinosaur eggs. 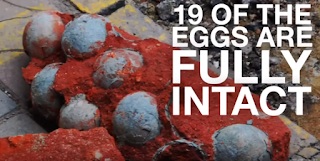 Amongst the latest discovery were 19 completely intact, large eggs, the biggest of which was 13 centimetres (7 inches) in diameter, South China Morning Post reports. The Dinosaur eggs where handed over to the Chinese Academy of Sciences for further examination. Because of the scientific importance of such discoveries, Du Yanil, director of the city’s Dinosaur Museum, thinks that construction projects should be stopped if fossils are unearthed at building sites, which could be problematic since he believes there are probably many more to be found in the city’s sandstone beds. 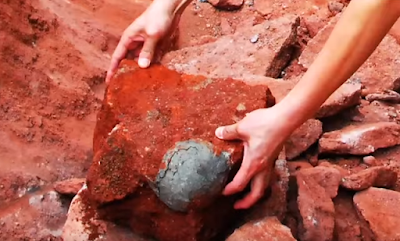 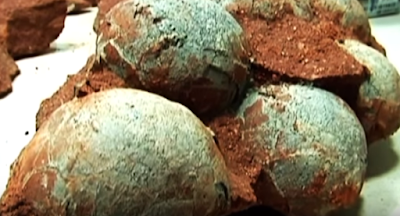 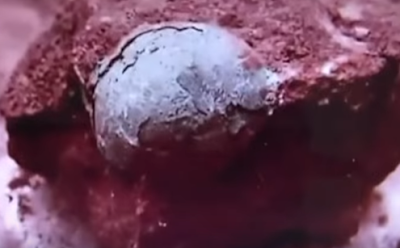 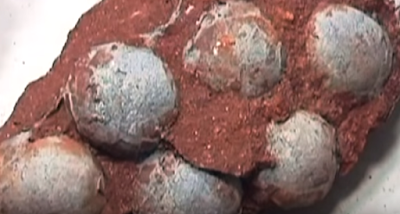 Because of the scientific importance of such discoveries, Du Yanil, director of the city’s Dinosaur Museum, Guangdong, China thinks that construction projects should be stopped if fossils are unearthed at building sites, which could be problematic since he believes there are probably many more to be found in the city’s sandstone beds. In China, it’s illegal not to report discoveries such as this to the authorities. Just over a decade ago, a farmer in Heuyan was detained after police discovered a stash of 557 fossilized dinosaur eggs at his home. 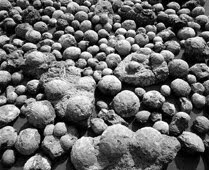 Heyuan City was honoured by the China Geological Survey's Stratum and Palaeontology Center as 40 palaeontologists from China, the US, France, South Korea, Japan, Germany, Canada and Belgium attended the first Heyuan International Dinosaur Seminar. According to Professor Zhao Zikui from the Institute of Vertebrate Palaeontology and Palaeoanthropology, dinosaur egg fossils unearthed in China account for one third of the total found in the world.

The fossils unearthed in Heyuan all come from the late Cretaceous period, 65 million years ago. Of them, seven are of a member of the oviraptor family named Heyuannia huangi, described by Lu Junchang from the Chinese Academy of Sciences in 2003 and since appraised as a first class state cultural relic. It is reported that the city signed a one billion yuan (US$121 million) contract with the Guangsheng Company last year to develop the dinosaur site park within five years. It will aim to reflect the excavation and research achievements there, making it a base for educating and popularising science as well as an amusement park.

More information can be found here at IFLSCIENCE.