Guy's you need to see this UFO right at the Sun! It's there in broad daylight (obviously) and it's refuelling! There's multiple different UFOs all at the Sun doing various different things which is really bizarre? I'm posting this because I've put together a string of different times where they've been seen and all by NASA's OWN TELESCOPES which the joke is not lost on me at all. They're their own worst enemy don't you think so? It's like doing a bank robbery and texting the police your plan by mistake instead of sending it to big ronny or the wife, lol. How ironic that these UFOs have been caught using the very telescopes NASA uses to do experiments, ha.

All the images in this post have all been caught using NASA's own telescopes. It's ironic that don't you think? The joke is not lost on me, lol. 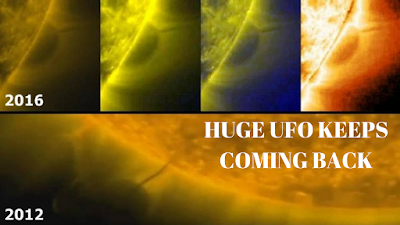 What I'm about to say right now may come as a big surprise to some? There might be a good chance Aliens have visited the Sun? Ha, seriously is that a surprise at all, in all honesty? No. I started off with that because I wanted you to see just how desensitised to the Alien phenomenon you've become? Does it even register on the "OMG" scale or not because it should register on the "OMG" scale? It's actually a UFO probably with Aliens inside of it refuelling at the Sun, our Sun! They're stealing our energy, how do you feel about that - do you have any feelings at all about that?


So there you go then, your "its safe to say" very desensitised to UFOs, Aliens and the whole weird and wacky world of Ufology. That's the world we're living in I'm sorry to say and eventually we'll all get desensitised to practically anything if you allow it?

Seriously, NASA catches UFOs at the Sun refuelling all the time. It's been happening for many years now. They come, they go, they come and they go again? Obviously NASA can't keep them off our grass so-to-speak or put a don't enter sign can they? They just have to log it and tag it. 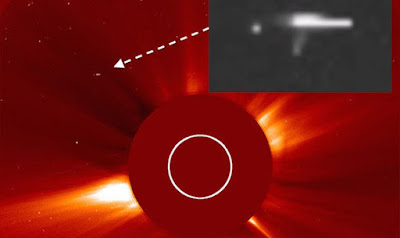 Right, down to the meat and potatoes. This is a really, really big UFO that's been seen on multiple occasions at our Sun. The specific one I'm talking about as there's many been seen. It's been seen in 2005, 2012, 2017, 2015 and so on and so on. I didn't put the sightings in the order of the sightings because I just put the years down "as they were and as I saw them" in the images? They've been seen on some occasions "actually more than once in one year" and the sizes have varied but guys the one thing that stays the same is that there will be another UFO to come and refuel at our Sun of that you pretty much guarantee? 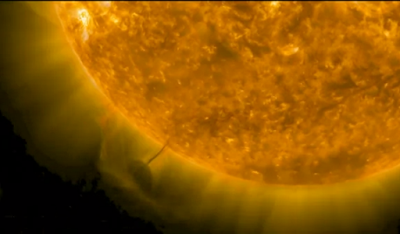 Here's what the official line states about our Sun which I found from this link:

There's 8 points I would like to point out to you.
#1. It is, as all stars are, a hot ball of gas made up mostly of Hydrogen.
#2. The Sun is so hot that most of the gas is actually plasma, the fourth state of matter.
#3. The first state is a solid and it is the coldest state of matter.
#4. As we heat up a solid it becomes liquid.
#5. The sun is mostly composed of the elements hydrogen (H) and helium (He).
#6. By mass the composition of the sun is 75 percent hydrogen and 25 percent helium.
#7. Various metals make up less than 0.1 percent of the mass of the sun.
#8. The sun itself is made of gas, mostly hydrogen and helium, and so does not have a solid surface like you would find on Earth or Mars.

Our Sun is pumping out let's not forget raw energy. It's a power plant on steroids. It's powering the solar panel on your roof right now. There's fusion happening on the surface of the Sun, inside the Sun nobody really knows? They (scientists hypothesise and some would say it's a fact but I don't know about that) that it's solid hydrogen or gas, plasma and some other stuff? But in the images I've seen when they call it Sun spots, and a massive gaping black hole appears on the Sun it tells me that it's empty. It tells me that the Sun has a black interior and that it's empty which would fit in with my belief that the Sun is a transformer and we're seeing fusion on the surface and that's it?

Below is a really big UFO which has been refuelling at the Sun in 2016, stealing our energy. So what if there's enough to go round it's not the point. What next, will they tow it away? They probably could tow it away as it's big enough by the looks of it.

Image courtesy of Section 51, follow this link to their amazing and spectacular video on the UFO at the Sun in 2016.

There's so many examples of UFOs right near the Sun that we literally have to be very economical with our post? That's never happened before so as you'd expect, we have to create a sort of page or some sort of dedicated online place for these images? What better place than our Twitter account? @ufosfootage is the handle for our Twitter account so go and check them all out.

The image here is the full version of the image with the trident shaped UFO just above. It's amazing don't you agree? 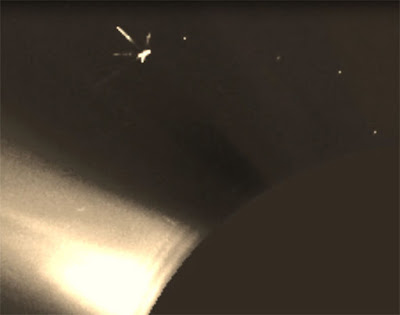 It's that simple. If you look at the Sun as a transformer, then it begins to show us that for one thing we shouldn't be able to see the Sun as it's light, right? You can't see light, it illuminates objects and it is transparent. the source of the light is the Sun, it's fusion. Something is been transformed in to raw energy and the UFO knows this and hence that's why it is refuelling at the Sun? Apparently (I'm sure you've guessed by now) the Sun can't be seen in space? We can only see the Sun because of our atmosphere? In space the cameras used have filters to allow them to see it but in the vision spectrum, it can't be seen?

Paranormal Crucible has processed the following image and the credit goes to them. They are doing a sterling job at bringing us all the best in news and weird and wacky stuff, just like Section 51. Them guys at Section 51 are right on the truth. If you want to know OUR real history and what's going on in the world that the governments and NASA doesn't want you to know about then visit these guys, they have the knowledge and intelligence to back it all up. 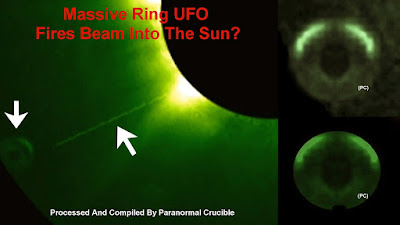 Then we have this amazing triangle shaped UFO with what seems to be some sort of tether at the Sun? I've deliberately added this triangle shaped UFO because I want to show you that it's not just the sphere or trident shaped UFO and that there's one with a triangular and what appears to be some sort of line of round smaller lights on the UFO? guy's I know I've brought you some very, very good UFO sightings here all caught on OFFICIAL telescopes so yes, it's NASA's own equipment which is again being brought to bear down on themselves? It's a little ironic don't you think that NASA has been it's own worst enemy, lol.

I'm going to throw in a few more UFOs found at the Sun with NASA's own telescopes. 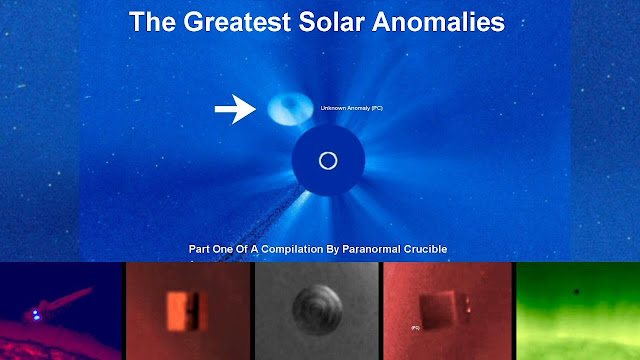 Huge UFOs on the scales that is off the scale! In other words, these UFOs are so big that we only have planets to compare them to? That makes these UFOs the biggest ever seen with a NASA telescope! 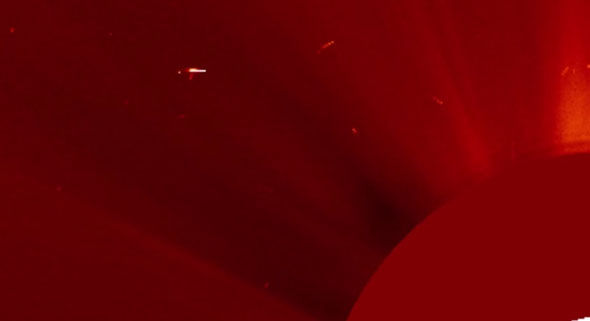