Ancient Pyramids Found On The Seafloor

Why hasn't anyone found these before? The guy that found these has a really good eye for these sorts of things? Kudos to Scott for finding these and what a find this is?

But then again, asking to go against what's already considered airtight will probably be met with resistance and shouts of no way? Trying to change history is no easy feat. 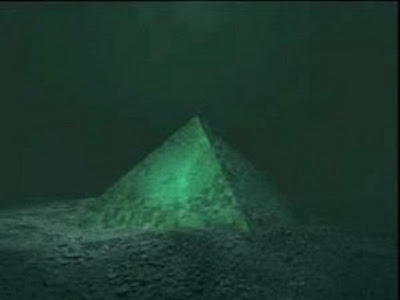 As you could imagine, it's hard to change beliefs and reasoning? But if the proof fits, wear it? Well done Scott for finding these amazing underwater Pyramids near New Providence Islands in the Bahamas. I know not everyone agrees with Scotts findings and they cametimes be reaching for thw Moon but this is backed by others.
One post said this; Mysterious "pyramids" are spotted on the ocean floor: Conspiracy theorists claim they have found two ancient underwater structures off the coast of the Bahamas. They are just 6.6km south of New Providence Island in the Bahamas. 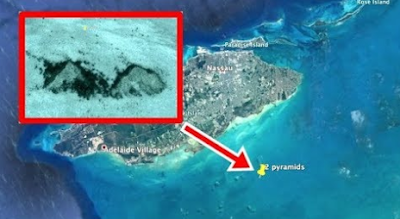 The structures are 100m wide and 60m high. They are massive! Speculation that there are mysterious pyramids at the bottom of the Atlantic is circulating online. Conspiracy theorists have been debating whether a video posted online shows two ancient structures off the coast of The Bahamas. Believers argue that they are proof of inhabitants of the region by an ancient race of people, similar to the Aztec culture of South America. 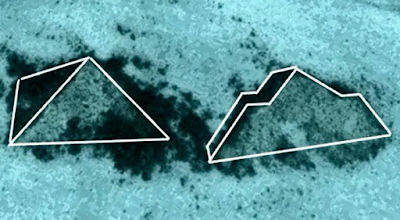 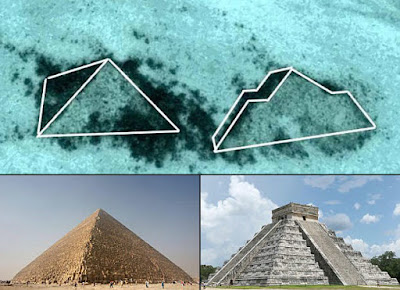