There's an ancient Pyramid in Bosnia and Herzegovina that has been pictured with a mysterious energy beam coming right out of the top of the pyramid that looks like it is actually channeling or focusing this beam in to space or around the world? It is a fantastic image and the mysteries surround the afterlife, the underworld with regards to pyramids of the ancient old times stands to reason that they were born out of actual events and strange things that actually took place and who knows if these energy beams were conquered and controlled so that these beams of energy aided in peoples souls crossing in to the after-world or afterlife as it is known especially in Egypt. Check out this excellent post.

Mysterious energy beam above the Bosnian pyramid of the Sun. 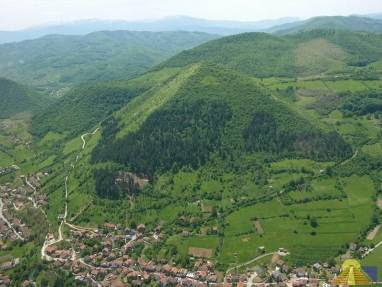 A team of physicists detected an energy beam coming through the top of the Bosnian Pyramid of the Sun. The radius of the beam is 4.5 meters with a frequency of 28 kHz.

The beam is continuous and its strength grows as it moves up and away from the pyramid. This phenomenon contradicts the known laws of physic and technology. It is an excellent find and it was quite by accident. 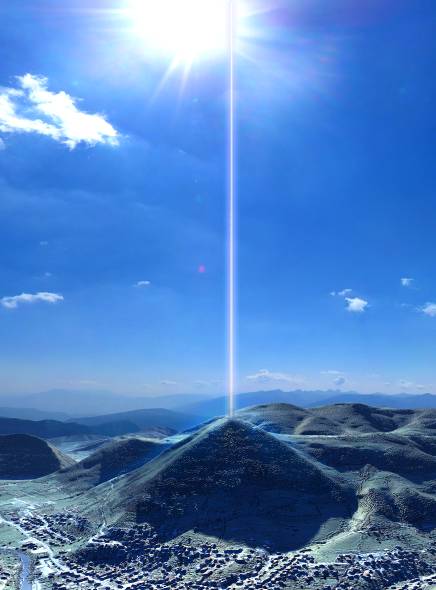 This is the first bit of real proof of non-herzian technology on the planet Earth. It seems that the pyramid-builders created a perpetual motion machine a long time ago and this “energy machine” is still working. In the underground labyrinth, in 2010, we discovered three chambers and a small blue lake. Energy screening shows that the ionization level is 43 times higher than the average concentration outside which makes the underground chambers into “healing rooms”. Stunning information.

Further electromagnetic detection in 2011 confirmed that levels of negative radiation through the Hartman, Curry and Schneider grids are equal to zero in the tunnels. There was no technical radiation (from power lines and/or other technology) found in the tunnels and no cosmic radioactivity. Ceramic sculptures are positioned over the underground water flows and the negative energy is transformed into positive. The list of the wonders in Bosnian archaeology does not end here. Read entire article right here it is fascinating.

A similar event occurred in 2009. On June 24, 2009, a beam of light was captured on photo above the ChiChen Itza Pyramid (on the Yucatan peninsula in Mexico). The witnesses that captured this photo, did not see anything there until seeing it in the photos. And this photo was taken in 2000 and shows the Pyramid of the Moon in Teotihuacan in Mexico. 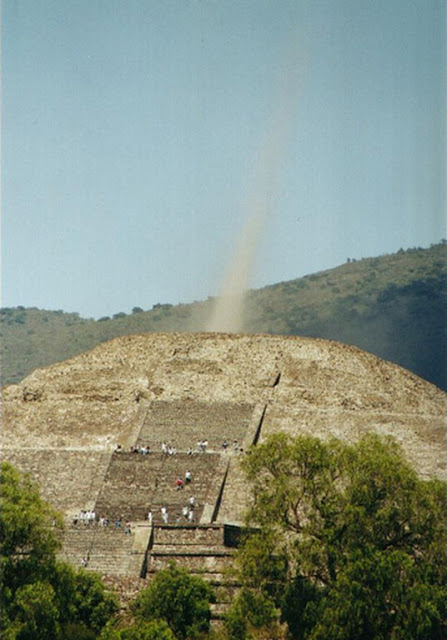 Unique discovery was made in Bosnia Pyramids!

Where exactly? It was near well known Sarajevo, beside the town of Visoko. The main pyramid, Pyramid of the Sun is not a small or unimpressive structure. It is 220 meters high and the width of sides is more than 360 meters! Exterior of the revealed pyramid is covered, or better say tiled, by stone-hard blocks made of original mixture and by genuine technology.

This fact, together with many others, indicates presence and activity of unknown ancient civilization. Dr. Sam Semir Osmanagich who is the head and author of archaeological research and all the project in Visoko went into Pyramid of the Sun. Were the pyramids used as a source of energy? And if so, which kind of it? Electrical engineers measured energetic beam situated in the center of The Pyramid of the Sun. Its diameter is 4.5 meters, having frequency of 28 KHz, the origin is not natural -- it is artificial. Dr. Sam Semir Osmanagich explains what has been found lately and so far in the Bosnian valley of the Pyramids in this video here.

A recent carbon dating performed on a pyramid in Bosnia, proves it to be at least 25 thousand years old. Most scientists and historians however believe that human civilization started about 5,000 years ago with the Sumerians and Babylonians. That is, until artifacts were found, which predate them. These discoveries suggest, that there was a pre-historical civilization around the world- one that must have been highly advanced.

Link to our source of information secrets of the ancient Pyramids.