Alien underwater base is giving off a strange signal and was picked up by an amateur Ham radio enthusiast. The Alien signal was constant as you like as described by the guy who picked up on this amazing discovery. The "guy" who picked up on this signal has had since 1938 to perfect his methods and can recognize a man made signal from a natyural background signal. He said this is "intelligently made" it's a what we would call a man made signal but in this respect it's Alien made. There you go, we've got an expert Ham radio operator with over half a century to perfect his craft saying this is pre-planned and pre-made, i.e it's an intelligently made signal. But it begs the question, why? what is it signalling and who is it signalling? 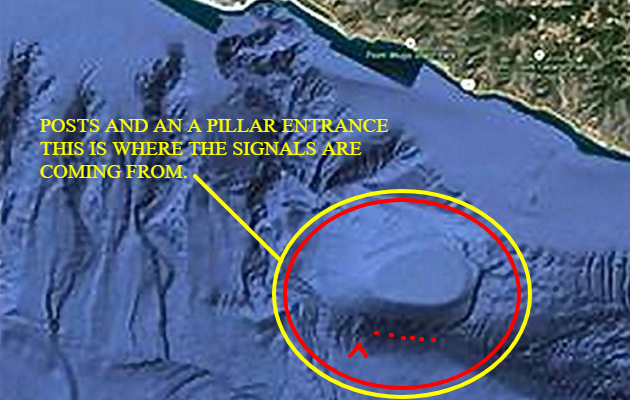 A mysterious underwater structure near Malibu, which conspiracy theorists believe could be a ‘stargate’ used to travel to alien planets has emitted strange new radio signals.

A ham radio enthusiast captured audio of the strange radio signals emitted from the ‘ship’, which some believe has been known about by indigenous Chumash people for thousands of years," reports Yahoo News.

Every day I would come across these signals,’ says Mr Emmett, 93, who has been an amateur radio operator since 1938. ‘The amazing thing about them is that they are steady as you like. I knew the signal had to be extremely close. 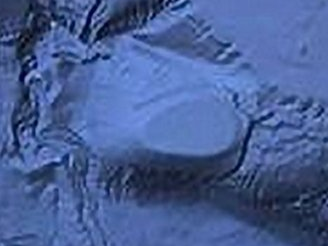 Mr Emmett says he tracked the source of these signals using a powerful antenna mounted on a four-wheel-drive truck and found they hailed from a mysterious underwater structure near his property. The structure was originally spotted by author Robert M. Stanley - a friend of Mr Emmett's - who believes it may be a large alien craft which has lain underwater for thousands of years.

His claims are disputed, with many saying the object is natural. Stanley claims that the strange object could be a ‘stargate’ - a wormhole used by aliens to visit Earth - and that it is constantly investigated by mini-submarines piloted by the U.S. government. The full article can be found here at the link underneath. Thank you for checking out this story and it really needs to be looked in to. There's many, many supporting evidence to this amazing and epic even wonderful story. 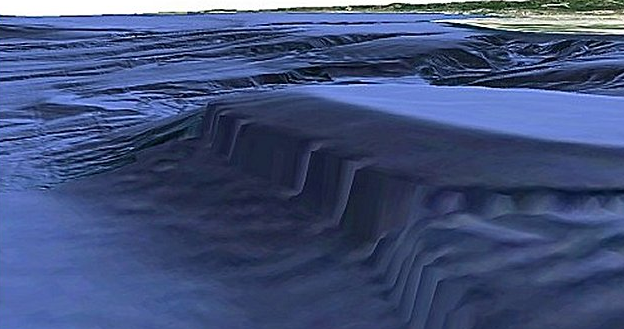