Skull 9,000 years old with a microchip found inside it, Mexico

Underwater archaeologists studying the world's largest flooded cave system, discovered 9000-year-old human remains and bones of the animals of the Ice Age that once roamed the Earth. Remains found in the cave of Sak-Aktun in the Mexican state of Quintana Roo. Scientists say that caves are "the most important underwater archaeological site in the world," where they discovered 200 archaeological finds.
Pedro Canché, editor of the local site El QuintanaRoo, revealed the details of this finding. In the human skull, which was found by underwater archaeologists, an artificial implant was discovered. First, scientists thought that it was just a plate inserted during trepanation of the skull. 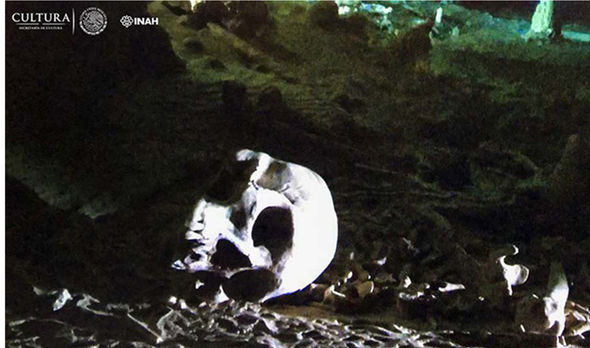 Of course it's interesting and amazing. But with a detailed study, scientists expected an even bigger surprise. It was a microchip. In the skull of the remains of a man of 9,000 years old, a microchip was found. The scientists were in shock. Immediately, the Mexican security service was brought to further research. All the truthful information about the find was classified. Who is doing it now and where, Pedro Canché does not know. 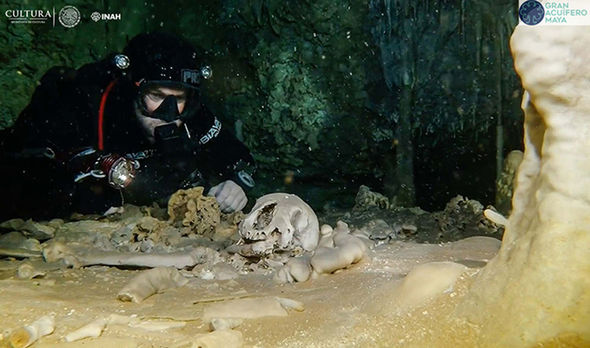 He himself did not see the artifact and all his information is based on the story of a person who was setting up equipment for scuba divers. According to this man, an unusual skull lay in a common heap along with the rest of the bones raised from under the water and until it dried up, the find did not attract attention to itself.

After drying, archaeologists came and began to sort the raised from the bottom. The skull caused surprise of scientists, as at the nearest inspection carried traces of cranial surgery. 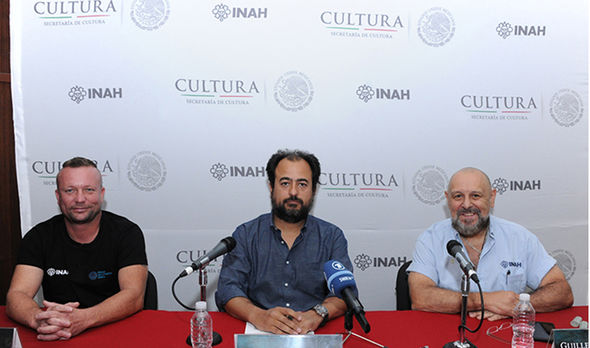 Mexican archaeologist Guillermo de Anda said: "It's awesome. No doubt, this is the most important underwater archaeological site in the world. It is very unlikely that such findings have ever been made in the world. A large number of archaeological artifacts have been discovered and the degree of their preservation is also impressive. "(Note: What are these artifacts?)


Under the layer of scraped up deposits there was, as it were, a metal patch in the bone, in appearance from copper. But when metal tools were passed through, a very thin, branched system of contacts was found, the ends of which were deepened to the edges inward. All who were in the group looked at it under the magnifying glass, strict symmetry of the lines did not cause doubts in the technological origin of the object, because if it were an ornament - it was visible to the naked eye.

And why the ornament on the plate, which the ancient surgeon closed a hole in his head to someone? Then came the armed people and the artifact from the finds disappeared, which completely dispelled doubts about the uniqueness of the found.
Link to our source of information: 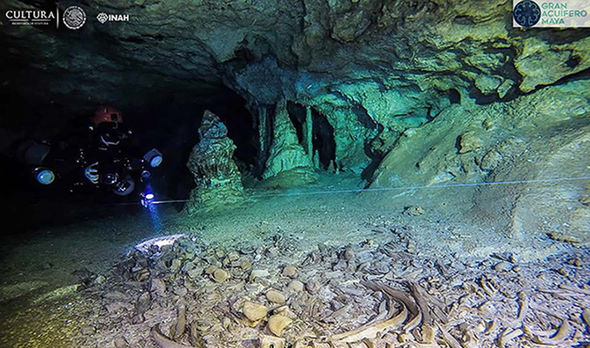