This is where a missile is fired at a UFO which is right near the ISS and some say (like us here at USF) that this is concrete proof of a few things. Like this proves Aliens and it also proves that Aliens are not friendly and that there's a secret war going on in space. There's lot's of accusations but guys, take a look for yourselves? This is not a bit of swamp gas. This is not the legendary Chupacabre or the chronicles of Narnia, this is REAL LIFE and it actually happened in this reality. It's freaky, creepy and it's hinting at a space "altercation". between NASA and Aliens. Somebody somewhere knows the truth.

Really undeniable and the best UFO evidence EVER produced by NASA and they have inadvertently proven Aliens exist by denying this, it's their own video.


STS-48-A this is the best smoking gun video that we've ever had the privilege of coming across? It's official NASA footage so it literally can't get any better than straight from the horses mouth so-to-speak? If NASA tries to deny this then I don't know what to say other than "are you kidding me?" I've found all the information with regards to this actual mission and there was hardly any except for highlights only?


There is no actual reference to the events that are on the video so NASA either doesn't want to acknowledge what happened or they are trying to forget this STS-48-A mission altogether? It doesn't surprise me one bit you know about these people at NASA?

They never admit anything and they never answer any of the public's questions like what the heck happened in this video and who fired the rocket at the UFO? Was it Aliens they were firing at and is there a war going on with Aliens? Please like and share this video, thanks. 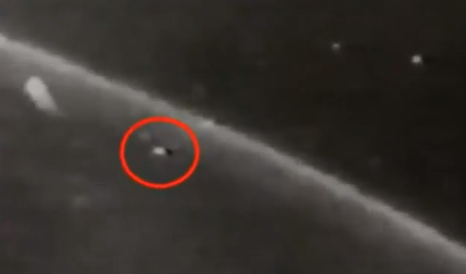 The primary payload, the Upper Atmosphere Research Satellite (UARS), was deployed on the third day of the mission. During its planned 18-month mission, the 14,500-pound observatory will make the most extensive study ever conducted of the Earth's troposphere, the upper level of the planet's envelope of life sustaining gases which also include the protective ozone layer.