Evidence That Dinosaurs And Humans Lived Together

Right there in the jungles of Cambodia is an amazing yet bizarre and very surreal discovery of an unmistakable Dinosaur? The very real (I assure it is real) depiction of this Stegosaurus was found carved in to the Cambodian Temples elaborate designs. These carved pieces of "jigsaw stone" which adorns the outside of the Temple should not even be there because the discovery of Dinosaurs wasn't until (strictly speaking) 1842 and that is when the history of dinosaur science began? Or did it... 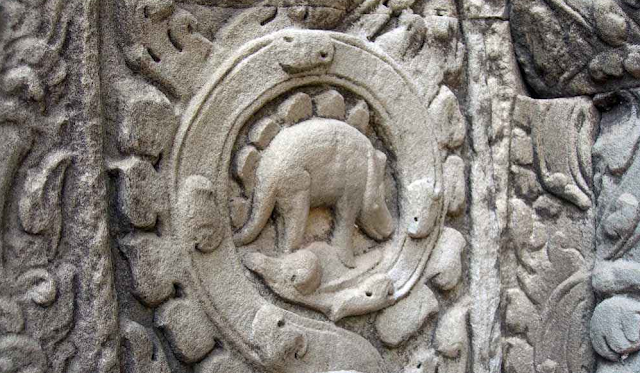 When this Dinosaur depiction in stone was found guess what, it never caused a stir because not many outlets of the media took it up? It might of just created to much confusion because let's have it right, it goes against all history? It has it's own time, genre, era and science so rocking this boat would be like rocking the Titanic!


I can totally understand why the media outlets wouldn't touch this because in my eye's they're spineless and only go after a pay check! Real reporting is amazing and if it goes against the grain is the best kind of reporting because your bringing a new dynamic, a new insight, a new thought process and reasoning to the argument?

There is the proof, the proof is in the carvings, in the stone itself! It is in the man's hand for heavens sake so what more proof does one need? It is the time frames of these finds that is the key to all this magic. Anything before 1800 A.D (to be on the safe side) that depicts a Dinosaur or what we consider a Dinosaur looks like shouldn't exist. It shouldn't exist because Dinosaurs died off way before humans ever existed so when we see a carving from a very long time ago with what appears to be a Dinosaur and let's face it what could be mistaken for a T. Rex - we need to re-evaluate the whole Dinosaur "as yet" proven timeline?

We need to re-evaluate the asteroid that supposedly wiped out the Dinosaurs and actually find out what crash landed on this planet all that time ago? Something did crash on to this planet, but now i'm thinking what was it? Was it a spaceship fully loaded with fuel, weapons and or other such materials which could cause a very, very big boom? Like what would happen if a warp drive engine fuelled by whatever exotic materials exploded on a massive scale size? 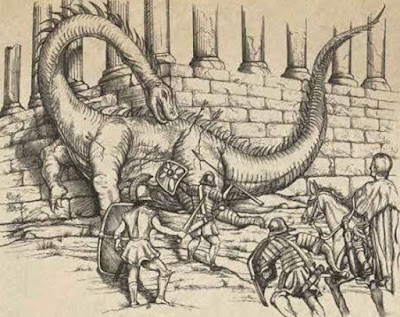 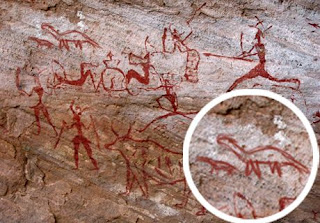 Africans fighting what looks like a Dinosaur on the River Nile! The Ica stones (below) are more proof that humans and Dinosaurs did actually co-exist together and humans maybe played a part in their eventual demise and that the cataclysmic event which mainstream learning pushes is wrong? Education is founded on questions, so I have to ask this question based on the evidence, right?


Check out this link for more information on the Cambodian Temple Dinosaur stone carving. 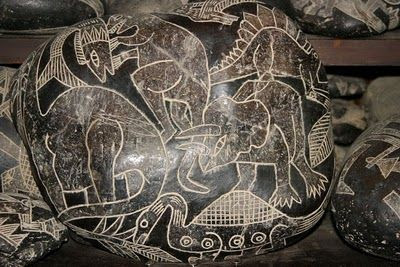 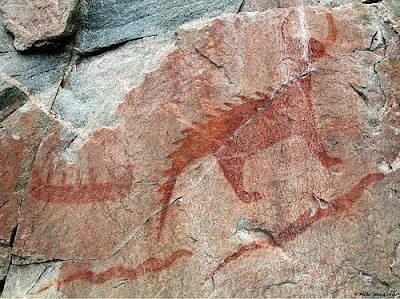 1842 is when the history of dinosaur science began, we get that but that was the year when Owen actually invented the word. But Hugh Torrens of Keele University, UK says dinosaur science had an extensive "prehistory", as the animals Richard Owen identified as dinosaurs were already well known to geologists. Most of this dinosaur prehistory also occurred in Britain.
Further information can be found here. 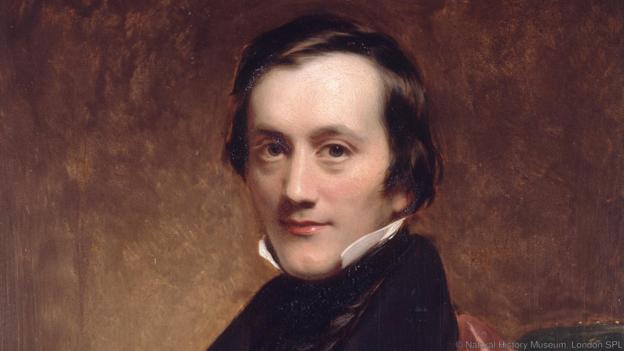 
Just whom do we owe this brand new science to (at that time) well his name is Richard Owen the guy above in the image.
The whole world was home to these once alive but now extinct Dinosaurs, but it was a British palaeontologists who found the fossils and figured out what they were?

You just can't keep an inquisitive Englishman down!

This post has just been featured in the Daily Star UK.