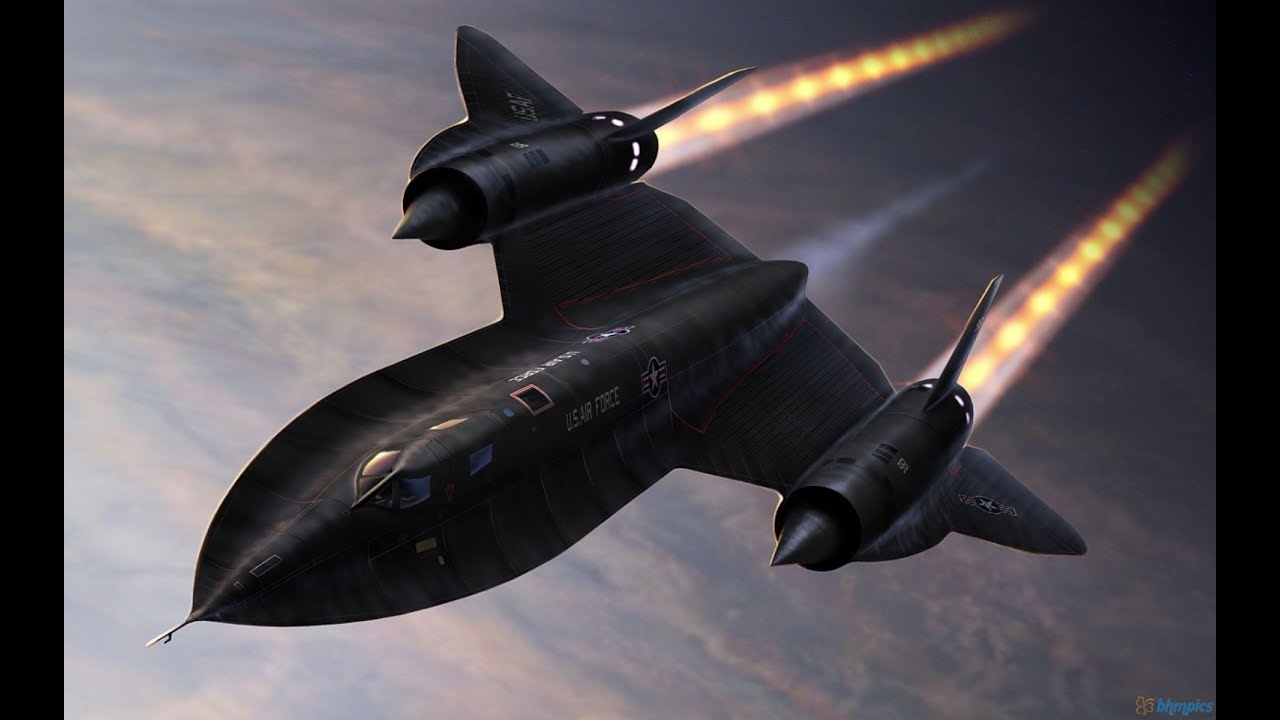 The SR-71 Blackbird completed its first (non-classified) flight on December 22, 1964, so it's only fitting to believe that the military is currently testing far more advanced aircraft, like the TR-3B Aurora.


This high altitude, stealth, reconnaissance platform uses highly-pressurized mercury accelerated by nuclear energy to produce a gravity-amplifying plasma around the ship. Propulsion is provided by 3 multi-mode thrusters mounted at each corner of the triangular platform. It's capable of achieving sub-Mach 9 speeds until it reaches altitudes above 120,000 feet.
Wikipedia has this to say about this "plane": 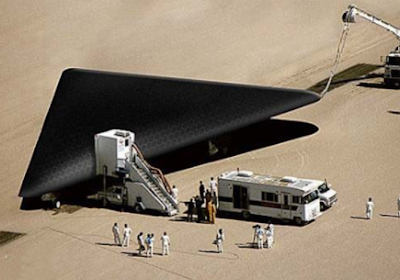 Black triangles are a class of unidentified flying object (UFOs), with certain common features which have reportedly been observed during the 20th and 21st centuries. Media reports of black triangles originally came from the United States and United Kingdom. The objects may or may not be related to the rumored U.S. Air Force Aurora aircraft developmental program. Reports generally describe this class of UFOs as large, silent, black and triangular objects hovering or slowly cruising at low altitudes over cities and highways.

Sightings usually take place at night. These objects are often described as having pulsing colored lights that appear at each corner of the triangle. 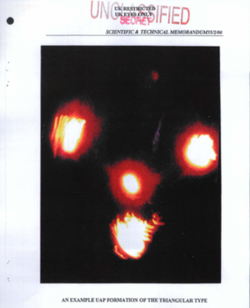 Declassified research (subject to a Freedom of Information request) from the UK Ministry of Defence report Unidentified Aerial Phenomena (UAP) in the UK Air Defence Region, code named Project Condign and released to the public in 2006, draws several conclusions as to the origin of "black triangle" UFO sightings.

This is one crazy good video about the awesome triangle UFO! Have you ever seen better working, looking and maneuvering planes before in your life? I just hope that the civilian side of the world is able to get their own triangle airplanes version?

Their researchers conclude that most, if not all, "black triangle" UFOs are formations of electrical plasma, the interaction of which creates mysterious energy fields that both refract light and produce vivid hallucinations (basically what you saw was not there) in witnesses that are in close proximity. That is a joke isn't it! Further it suggests that "the majority, if not all, of the hitherto unexplained reports may well be due to atmospheric gaseous electrically charged buoyant plasmas" which emit charged fields with the capability of inducing vivid hallucinations and psychological effects in witnesses and are "capable of being transported at enormous speeds under the influence and balance of electrical charges in the atmosphere."

So yeah, they're adding insult to injury there? They love to do that. They are basically saying that all the witnesses were hallucinating and were suffering from gas? I don't know wether to laugh, cry or get angry? I think i'm just going to let the stupid "findings" of the board or committee speak for themselves and i'm sure the public with common sense will see them findings exactly for what they are, STUPID!

The researchers note that plasmas may be formed by more than one set of weather and electrically charged conditions, while "at least some" events are likely to be triggered by meteor re-entry in scenarios where meteors neither burn up completely nor impact, but rather break up in the atmosphere to form such a charged plasma. These plasma formations are also theorized to have the effect of refracting light between themselves, producing the appearance of a black polygonal shape with the lights at the corners caused by self-generated plasma coloration (similar to the Aurora Borealis). 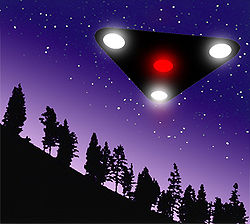 Confused by the boards answers?
Frustrated  by the boards findings?
Please join the club as we are all just laughing at the boards findings. Even though it was a while back it still has a lot, a very lot to do with reports now and the reports which come in the future? They've set a precedence where all people in the future have to do (to debunk any UFO report) is point to the findings of the Condign project from 2006 and yep, they have a ready made excuse for all types of aerial phenomena? It sucks big time but that's the nature of the beast?

It does not however deter me or us, and it should not deter you from doing what we love and that is finding, researching and uncovering the world's most extraordinary UFO, Alien reports and the reports of today, tomorrow and the future will all be "eventually" looked at and with a bit of luck that elusive disclosure project will come to fruition? It's a dream, but hope is there and with that I bid you a good day, sir.