There's always something that grabs my attention when I'm researching and this is no exception! The cave art, rock paintings are stunning, it could even be mistaken for modern abstract art? To me the beauty is in the simple colors used which tells me just how old this is? It speaks or rather shouts early man. The ancient humans depicting Aliens here from over 10,000 years ago (don't forget) did so with very primitive knowledge of mixing and making exotic colors so that makes sense. I believe we've been visited by ancient Aliens and was given knowledge, technology, spirituality and even religion came about as a result of this?

Ancient Aliens and UFOs from a very, very long time ago! 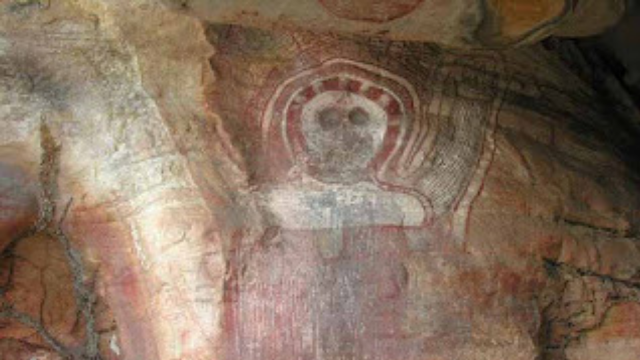 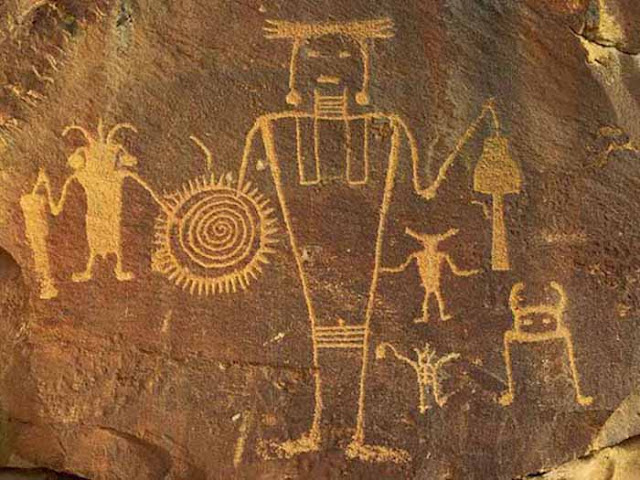 I believe that the cave paintings in Charama region in Kanker district in the tribal Bastar region, have lasted this long (for a reason) are Alien depictions and a depiction of a UFO!

I choose to believe in this because I weighed up the chances of these cave paintings just appearing and at the same time depicting otherworldly beings or Gods, is just about a billion to one?

Like the Sumerian cuneiform tablets just appeared and was immediately writing about Alien Gods? 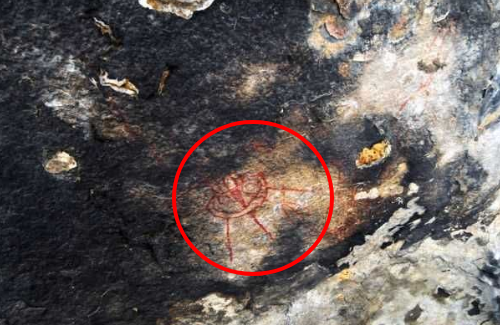 It's just to good to be anything else? This raises more questions than answers and I love it when it does that because I enjoy researching stuff (i'm a geek).

In the fruits of your labor shall you find the answers and i'm a big believer in that because how long is a piece of string?

It's the same analogy for research, where does one stop? And that my friends I shall leave you with this question: Out of all the "things or people" why do the cave paintings of (CHARAMA) Chhattisgarh depict what looks like a UFO and what also looks like Aliens? 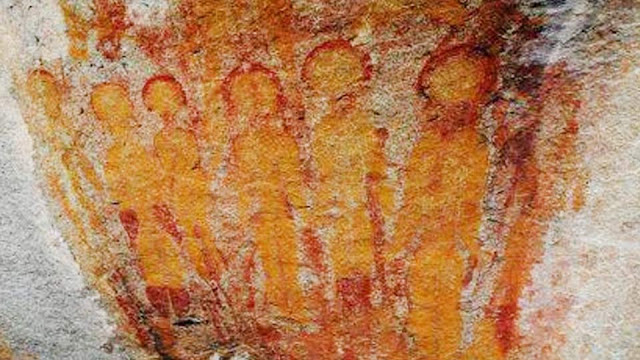 Just think of all the things "they" could of depicted? We have to remember that early man only had a few ways of communicating and one of them was drawing, painting and hence they depicted what was around them or what mattered to them most and that would be the Alien masters or watchers?

Cave paintings are a primitive way of expressing ones thoughts and beliefs, so it makes sense to me that these are the Alien watchers as we now call them?

LOT'S OF THEORIES POINTS TO ALIENS BEING REAL BUT THIS IS EVIDE
NCE! 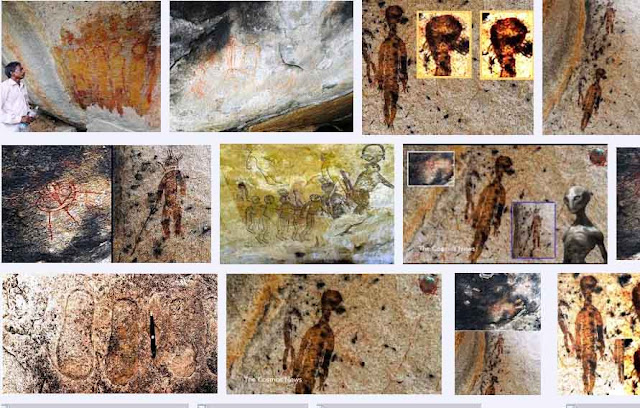 Source of information.
Link to video.