When an astronaut see's a UFO what is the correct procedure? He keep's it to himself and denies it ever took place. He keeps it to himself until he get's back to Earth and informs his superiors, or does he? It's not clear what action if any which he should take? But here we have Major Gordon Cooper astronaut which he knows it could of stopped his career in it's tracks because he's come foprward with Earth shattering news that he and the radars following him saw a real Unidentified Flying Object. He was being backed up essentially by ground based systems and following his exact move. Now this is now a major incident because it's unauthorized and 2 it's coming straight at Major Gordon Cooper! Later on he saw more unexplained Objects and guys, this is just the beginning so you needs to check this out because and I can say with confidence that we are not alone and here's the proof from a trained observer, a trained NASA astronaut.

NASA really likes to keep it's astronauts really close and it definitely keeps them from speaking about UFOs and Aliens? Obviously NASA hates this because the astronauts sanity could be called in to question as one would expect from the non-believers?

To someone who believes that Aliens and UFOs are not real then when they hear about an astronaut speaking about such things they must think that they are crazy or under pressure and maybe experiencing feelings out of the control of the astronaut who may not see this as a problem, right?

Well if NASA see's this as a problem then they're grounded quite literally. So it's no wonder that astronauts will not talk about UFOs or Aliens which they encountered out of fear for their career and their ability to go back in space because what astronaut that you know wants to become an astronaut just to stay on Earth? They all want to travel to space, you can take that to the bank!

So when you hear about an astronaut talking about UFOs or an Alien encounter then you better take notice? Firstly if the said astronaut passes the sane test then your dealing with a real anomaly. Your dealing with a very different kettle of fish altogether! This astronaut has pushed aside his career. He's pushed aside his standing in the NASA community and he's gone against the wishes of his superiors! NASA doesn't want any astronauts speaking about UFOs or Aliens and here's an astronaut doing the exact opposite therefor he's going against his direct superiors and his nature.

He is trained to follow directives and orders just as if he was in the military. NASA is very regimental, they're very planned, organised and everything right from the nut's and bolts to the weight of the astronaut, his footwear, his hair growth and the nails on his finger tips is all taken in to account! Heck, now that's some extraordinary detailed planning right?

So, I have to ask the obvious questions:

Is the astronaut just following orders from his direct superior(s) at NASA when he discloses that UFOs and maybe Aliens inside of it where actually following him at the International Space System? Is this all part of the NASA - CIA - NSA - ESA - JPL - Pentagon - Defense Department's Advanced Aerospace Threat Identification Program or DDAATIP but with that many initials I don't know which easier to pronounce, lol. By the way though they're all involved at some level (to some extent) with the UFOs and Alien disclosure program/project.

Alien encounters which have made it out of the NASA camp I immediately handle with suspicion. I immediately try to understand what's going on, who is releasing this information, where did this come from or via what media outlet? Is this first hand or second hand information? Are they in the limelight i.e well known or not because let's have it right. An unknown astronaut might be coming up to his/her retirement and wants to, no needs to sell books?

That's not my only thoughts and not necessarily in that order but it's damn close to my suspicious nature? Why, because as I've said before, it takes a lot and I mean a ton of "balls" for an astronaut to turn his/her back on it's life. I'm talking living, sleeping, eating and breathing space. That's all they do from literally one minuet to the next is think space, think space walks and space travel. What is the days experiments and goals for today? Have I got enough this and that etc. It is very regimented and becomes innate by the time they have graduated. When they turn up at NASA it's then become everything, NASA is everything to them and they become one! But seeing this UFO (in the image below) it's hard to keep tight lipped isn't it? I mean just look at it, It's out of this world literally!

Now do you understand why we should take notice of any and all astronauts who voluntarily come forward with information regarding or purporting to show us and open our eye's to the presence of UFOs which could contain Aliens? It's literally world changing. It's people changing and nothing and I mean nothing will ever, ever be the same again. Once we know then there's no going back. I think they call that Pandora's box?

Would you want to know? I'll ask that at the end of this astronauts story just don't forget that you can't un-see or un-know what you take in:

Firstly, all the information you could ever want to know about the brave Astronauts who have all come forward and told of their own encounters (why come forward? Because it's the truth) around UFOs and Alien encounters can all be found here at this "treasure trove" of epic, world changing and eye opening website? 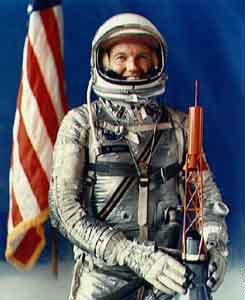 One of the original Mercury Astronauts and the last American to fly in space alone. On May 15, 1963 he shot into space in a Mercury capsule for a 22 day orbit journey around the world. During the final orbit, Major Gordon Cooper told the tracking station at Muchea (near Perth Australia) that he could see a glowing, greenish object ahead of him quickly approaching his capsule. The UFO was real and solid, because it was picked up by Muchea's tracking radar.

Cooper's sighting was reported by the National Broadcast Company which was covering the flight step by step; but when Cooper landed, reporters were told that they would not be allowed to question him about the UFO sighting. That's the secrecy already hard at work as soon as he landed, probably even before he landed this was in motion?


Major Cooper was a firm believer in UFOs.

Ten years earlier, in 1951 he had sighted a UFO while piloting an F-86 Sabrejet over Western Germany. They were metallic, saucer-shaped discs at considerable altitude and could out-maneuver all American fighter planes. Major Cooper also testified before the United Nations: "I believe that these extra-terrestrial vehicles and their crews are visiting this planet from other planets... Most astronauts were reluctant to discuss UFOs."


"I did have occasion in 1951 to have two days of observation of many flights of them, of different sizes, flying in fighter formation, generally from east to west over Europe."

And according to a taped interview by J. L. Ferrando, Major Cooper said: "For many years I have lived with a secret, in a secrecy imposed on all specialists in astronautics. (Which must be the non-disclosure evil pact like the National Security Secrets Act)? I can now reveal that every day, in the USA, our radar instruments capture objects of form and composition unknown to us. And there are thousands of witness reports and a quantity of documents to prove this, but nobody wants to make them public. Why? Because authority is afraid that people may think of God knows what kind of horrible invaders.


"We have to avoid panic by all means."

"I was furthermore a witness to an extraordinary phenomenon, here on this planet Earth. It happened a few months ago in Florida. There I saw with my own eyes a defined area of the ground being consumed by flames, with four indention's left by a flying object which had descended in the middle of a field. Beings had left the craft (there were other traces to prove this). They seemed to have studied topography, they had collected soil samples and, eventually, they returned to where they had come from, disappearing at enormous speed... I happen to know that authority did just about everything to keep this incident from the press and TV, in fear of a panicky reaction from the public."

And lastly here's one more great piece of evidence from: 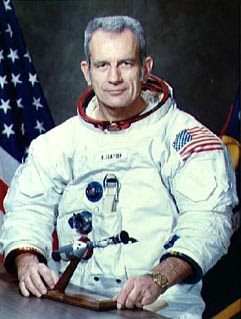 Donald Slayton.
A Mercury astronaut, revealed in an interview he had seen UFOs in 1951: "I was testing a P-51 fighter in Minneapolis when I spotted this object. I was at about 10,000 feet on a nice, bright, sunny afternoon.

I thought the object was a kite, then I realized that no kite is gonna fly that high." As I got closer it looked like a weather balloon, grey and about three feet in diameter.

But as soon as I got behind the darn thing it didn't look like a balloon anymore. It looked like a saucer, a disk. About the same time, I realized that it was suddenly going away from me - and there I was, running at about 300 miles per hour. I tracked it for a little way, and then all of a sudden the damn thing just took off. It pulled about a 45 degree climbing turn and accelerated and just flat disappeared." Yeah, just like the official report did!

If you want to read up on more UFO encounters because there's many, many more that are "hardly known of" then check out this link.