Have Aliens Settled In Antarctica Just What Did US Forces Found

In Antarctica there are things that go bump in the night. I can't say for certain but I'm absolutely convinced that Aliens have settled in Antarctica and guys I don't believe they've been there for only a short time, I think they've been there for a very long time even before humans have been on the planet. Could the Aliens know that this planet is actually a prison planet and they are the security guards? This is don't forget how it could look if you take away the way that we look at it and compare it against a prison it lines up perfectly! So if we was taught differently from an early age, then we could actually believe that this is a prison planet!
So I'm asking basic questions but the answers are from from basic! They are actually quite rare, informative and not at all what you'd expect. Personally I wouldn't put anything past the US military especially when it comes to Antarctica and the whole Alien secrets. They was finding many anomalies and many other things, stuff that shouldn't be there?

They found UFO's, hidden cities, hidden doorways with stairs going to other parts of Antarctica and all that exploration takes massive amounts of energy and so that's why the US military installed a nuclear power plant. They are also contributing to the ice melting because they are using the ice as a cooling system for the nuclear power plant! they won't teach you that in college.

The Alien bases there go way back prehuman civilization and pre-ice age. 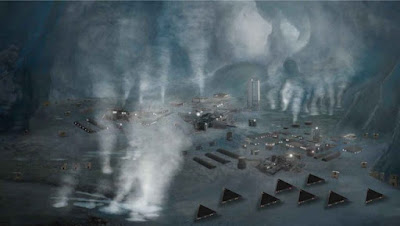 Just what did the US Forces find in the wilderness of Antarctica? 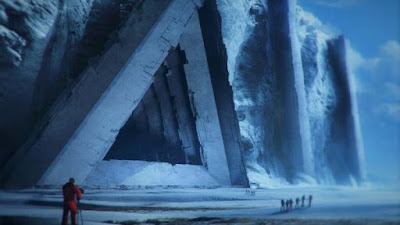 Well that my friends is all a question of:

"how much time do you have and do you get bored easy by long, in-depth discussion?"

Most conspiracies are based around the Alien conspiracy? This video is pretty good for information. Towards the end of the video we added a piece about 2 giant UFOs harvesting energy from the Sun. 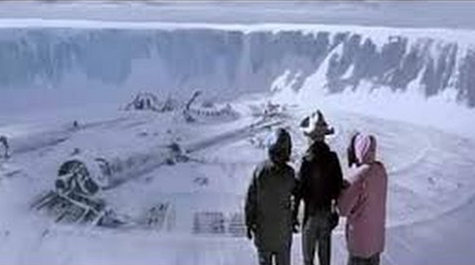 The obvious way to access an under ice secret and deliberately hidden city is to either dig to it, melt the ice around it or find the actual entrance or leave it alone and survey it? If they want to gain entrance and truly discover exactly what went on there on every single since it's inception then one need's to follow reverse how we learn. As the Aliens grow they lose innate knowledge. The older they get the more useless they become.

This is so the Aliens can colonize anywhere they need to but without the threat of giving any knowledge away. The older Aliens then become "custodians" or for want of a better word "a living presence". That is all. We got part of their genes and how we know is that all geniuses are at their peak in their very early years like age 20 and 25. After that they struggle to better their earlier work.

So it does make sense after all right.

When Aliens arrive it's usually preceded by unusual spikes in knowledge, preceded by innate defensive lashing out by the species being attacked or targeted. It's sense we have, like walking in to a room we instantly know if someone is in a bad mood. It's like that I suppose? You see, we've had a very long time to develop our body language skills and even though you think you don't know body language believe me YOU DO.

Modern man has only been modern for a blink of an eye.

Survival man has never left us.

When groups of people all of a sudden start to act differently and in a defensive manner then something is happening around them? If not then they're seeing it on TV it's the only explanation?
A rational explanation is that we're in prison and Aliens are our custodians. They keep trying to stop us from leaving Earth or our prison by sabotaging rockets, fuel and they do it with technology that they know we're on the brink of discovering.


Aliens, to keep us under their control they need a base of operations. Humans found it in the one place Aliens "thought" we could not access and travel to and that place is Antarctica.

But they know that we found it and they know we have discovered:

"WHY WE ARE HERE"
WHY WE EXIST!

The one place Aliens thought we couldn't get to is Antarctica. But we did, we've found the reason for all life and it is not a good picture because we are not at the top of the food chain, hell we're in prison. It only looks like we're free.

The planet Earth is a UNIVERSE PRISON.

It's where Aliens put their prisoners. Their autonomous satellites sensors, are the perimeter fence is the atmosphere re-entry basically means no visitors allowed.

I remember when someone said to me before that everything is just how you perceive it? If it fits then it could be real. 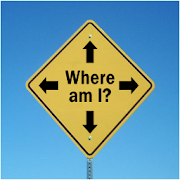 If your in a cell but you tell yourself your just in your bedroom having a nap then right there and right then your in your bedroom I suppose right?
It is in the eye of the beholder but as technology get's even more mind blowing we will see the guards come along and make their presence know i.e Aliens.

What did humans do to be put on prison planet Earth I wonder? I wonder if Ancient man was involved in time travel? And now we are making a proverbial key to escape by experimenting at CERN with dimensional doorways as a way out? Leave a fake robot in the bed so-to-speak in the last dimension? Holy crap. That would be an epic movie,.

I mean we have created the very first fully DNA sequence from artificial means from the start to the end in 2013 by a scientist who can artificially create a human from scratch using manipulated DNA fully sequenced by man made means.

So basically they announced that they had created a soul for the first time in 2013.
Heck Sophia just got citizenship in Saudi Arabia and that's a 100% robot from head to toe. If she has a toe, probably does have them?