Personally I believe that NASA scientists are using the Europa mission to look for Alien life under it's icy waters "whatever that means" is it ice or water? But still, they're tweaking and fine tuning their sensors to work perfect in Earth's icy waters, lol. It won';t work on Europa and this is another reason why I think the actual mission is in Antarctica. They have said as much, well I'm reading between the lines but just have a look for yourself and you'll see all the inconsistency. There's loads of things that makes no sense at all. They tell us that they're turning up species few people have ever laid eyes on and it just keep's raising red flags as far as i'm concerned. 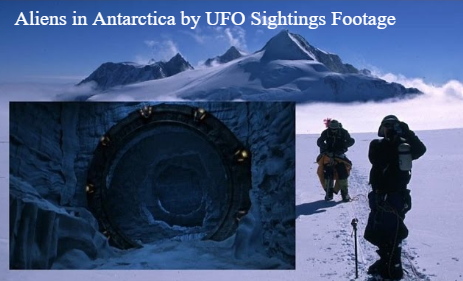 You see this post online, it's stating that scientists have officially started to look for Aliens but are using Antarctica as a backdrop to the place they're going to be looking which is apparently Europa? What, this is giving so many clues off that I simply don't know where to start? Europa is nothing like Earth but they're fine tuning their drone to Earth conditions to work on Europa. It doesn't make sense at all?

The video I made is to big to be uploaded on my website so I have uploaded it to VK here.

Antarctica, it's either that there's something deep under the ice of Antarctica like Aliens which they say there is species there that nobody has ever seen or they are preparing their equipment for the icy depths of Europa the Moon of Jupiter? Guy's there's many, many things going on for this that have made me think twice as it is putting scientists in the spotlight something which they never want and now they're admitting albeit in a roundabout way that Aliens exist otherwise they wouldn't be entertaining this would they or supposedly going to Europa?

They have a finite amount of cash for research from NASA and so spending money on "crazy" thoughts as that's all it is don't forget, they're supposedly going to look for Alien life if it exists? This is never going to happen, unless they know something concrete and we don't!


That's my quick assumption, what about you? In 2030 everyone will have forgotten about this mission (that's what I believe, OK you name me a mission from 13 years ago) and even then they'll just say "oh sorry, we scrapped that mission" due to not getting the drone to work blah blah or it was to ambitious...

Put it this way, if I was a fact finding crusader scientist (all scientists are) and pouring money in to something so controversial and universally accepted as insane as this is, then you'd have to pretty much twist my arm or bribe me with a wad of liquorice all-sorts. I have expensive candy - chocolate tastes!

I would say unless you show me concrete evidence or the actual proof that there's Alien life on Europa we're not going, because otherwise I'm spending the money on more solid "bang"for your buck so to speak - like going back to the Moon to colonise that. That's why it seem's to me that they know there's life "somewhere" either in Antarctica (that's what I think and believe) or it's definitely on Europa "or" the third choice: This is all a red herring and they're not going anywhere but just making it look like they are to get or continue funding?

So, the red flags have gone up and it look's like they're staying up? Well that's as far as I'm concerned? It's only my opinion's and guy's your entitled to your own opinion's and don't let anyone tell you otherwise!

I'm going to quote this amazing website called Popular Mechanics (the link goes to the post about Aliens in Antarctica) on this amazing new story:

When you need to recreate the frozen temperatures of Jupiter's Europa, few places on Earth will do. 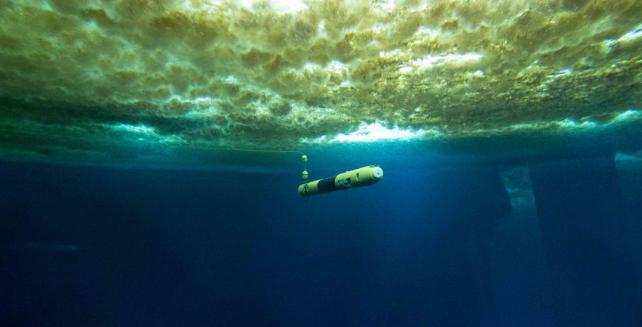 
Alien Seas Icefin is meant to search for alien life a "bug hunt," as some scientists cheerfully call it. It is bound for the icy waters (icy waters doesn't even make sense but that's what it says on their website?) of Jupiter’s moon, Europa, possibly as soon as 2030.

“Icefin is capable of deploying through small drill holes in the ice, similar to what will one day be needed to explore Europa,” Schmidt says. “In the meantime, this project is looking to understand how ice-ocean interactions operate in Antarctica, and how these processes may couple to biological communities.”

Like many subsea drones, the 10-foot-long Icefin is shaped like a torpedo. It made headlines in 2014 as one of the prototype drones that plumbed the Antarctic as part of a NASA program to test the technology. Now, a new program called the Ross Ice Shelf and Europa Underwater Probe (RISE UP), NASA is funding three expeditions to put an upgraded Icefin under the ice. This was its first deployment.

“Icefin is capable of deploying through small drill holes in the ice, similar to what will one day be needed to explore Europa,” Schmidt says. “In the meantime, this project is looking to understand how ice-ocean interactions operate in Antarctica, and how these processes may couple to biological communities.”


So guy's I've only mentioned just a few sentences from the post and it's tantalising isn't it? I tell everything that's on my mind about this post in the video I have done about? It stinks of a real cover up mission here on Earth under the ice in Antarctica. I put my money on them finding the Alien life here in Antarctica and covering it up - which might be what they so desperately are seeking for in Antarctica just like all the other scientists that go there to study these "Aliens" (again my own opinion) I mean climate change and weather patterns and ice formations, lol. It even say's in the post that people are regularly finding new species that nobody has ever seen with their own eyes, weird!