A post about the photographs by Harry Burton who took the most amazing and most sought after photographs of King Tutankhamun's tomb. The boy King would never see adulthood and would never have his real aspirations or aspirations revealed because his limited "time in office" was cut short and scientist's think it was a disease that could of brought about the untimely but death or premature death of the would be "greatest Pharoah" the known world had ever seen or seen ever since? We will never know unless the application to change that time period is accepted after the full scale effects committee can approve and way up the changes and the effects of them? If it's still comes out as it should then it might get through but don't put any money on it, it's a big risk. it's the first time that "the proposed time period" (o anything actually near it) has ever been approved for a change? Egypt was and has always put off, circumnavigated and "left alone" Ever since time travel was rediscovered the anomalies in this area have never been looked at. There's no funds for such a scale as it would take. When time stands still here, it's moving somewhere else in another dimension and that's where the Egypt timeline is unfolding. there has to be a loser and it's always Goliath who wins and David doesn't win. It goes tic toc here, but there it goes toc tic. the "time standing still" doesn't even register. Do not expect to see it, hear it or feel it. It will be as if nothing ever existed. The actual definition of "as if nothing even happened" is exactly that! It could of just happened, and again and again... And so on and so on forever. Look up the word forever it means never ending or in a kind of loop? It is always "how you look at it"? I just made it out like or as if time travel was a matter of fact and I even worked a very plausible story in to the inner workings of that story line. As we know, as I said "it is always however you look at it that is the dimension your inside of? It is whatever you believe which defines your dimension. Manipulate the beliefs, manipulate the facts and your in control of your very own dimension - Hello and welcome to dimension manipulation 101. 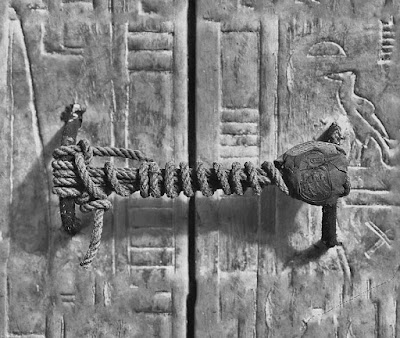 The first thing that Howard Carter saw was this "beautifully rubbish" door seal. Even an amateur could unravel this ropey which fits perfectly because it is very ropey which means not safe at all or very make-shift at best? But still it's the symbolism and the "wonder" (which we'll come to) that's the most remembered phrase from the Howard Carter word exchange after peering in to the tomb.

What was it like to first point a lens into the 3,000-year-old tomb of King Tutankhamun? There's only one person that took these photos which doesn't even make that a rare thing? What makes this a rare thing is the subject matter! King Tutankhamun the boy King of the ancient Egypt that was lost to the winds of time.

It was brought back to life not only by "Howard Carter" but the professional photographer, a one Mr Harry Burton. This awesome guy bought it to life! They say the proof is in the pudding and the evidence is in the eating. The story however is in the photographs and that's what we have right here! A story brought to life with evidence and proof. A simple and maybe even "not needed proof" and evidence but in the world I dwell in it's always good to have a legacy of photos, testimonies, reports and recorded words spoken by the actual witness.

In this case I only need to apply parts of that, so i'll have to figure out which and use them in the manner in which it was designed? The photo's capture the tangible evidence and the proof is in the location. That';s a fixed position which can't be relocated. It's set in stone. An image can be manipulated so still we fall back on the proof. 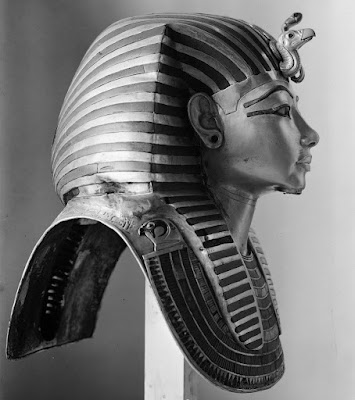 The testimonies are the legacy, the step by step chronological time frame and timelines. It's a kind of chain of evidence but not. We know or we think we know that the evidence has been kept at museums and we check and we double check even when we're one hundred percent sure we still keep an eye on it. That's a sure way to keep in tact the stuff you've got. 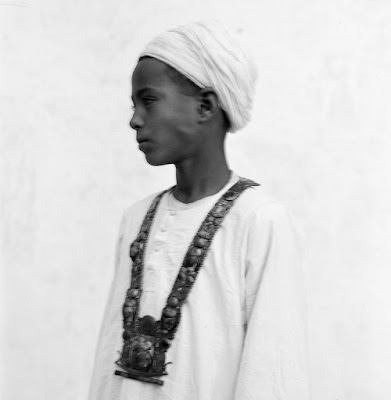 Bringing all 5,000 pieces from King Tutankhamun's Tomb together for the first time is absolutely amazing! And where else better than in Egypt itself. In fact it's only 2 kilometers away from the Great Pyramids Of Giza.

process and analyse because if you take your eye off the ball something can be inserted, something can be sneaked in and it can all change everything in an instant. That's an "unknown quantity". It's known as an unknown. 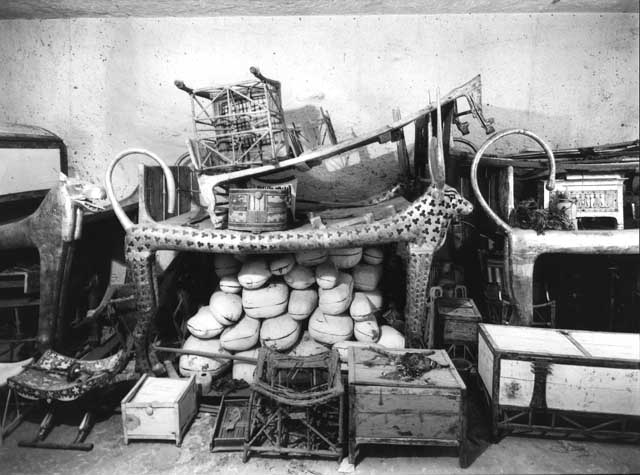 It was one of the most remarkable archaeological discoveries of the 20th Century. But what was it like to first point a lens into the 3,000-year-old tomb of King Tutankhamun? That job fell to Harry Burton. He took more than 3,400 photographs of the treasures uncovered by Egyptologist Howard Carter in a decade-long investigation of the famous site. Now, Burton's photos - many previously unpublished - are on show at Cambridge University. Prof Christina Riggs is the first to study the collection in its entirety. From the prints, negatives and rejects, she says that fascinating new perspectives on the astonishing discovery - made in 1922 - have begun to emerge. 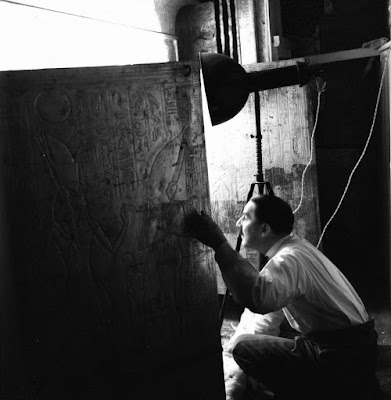 
By exploring the photographs that did not make the cut, alongside those reproduced and widely circulated throughout the 1920's, new information is brought to light.

It's about shifting our entire perspective on ancient Egypt, modern Egypt, and archaeology, says Prof Riggs, who is the curator for the exhibition Photographing Tutankhamun, at the university's Museum of Archaeology and Anthropology.

Howard Carter was an exceptional man, to find a needle in a haystack was exceptional and was unheard of. It beg's the question - what was inside the tomb other than the "gold to fascinate the 99%" but what else?