these stone spheres are and I kid you not guys, they've been breeding. These are growing, moving and yes breeding. Check out this bizarre post it's all based in what you see is literally what you get. Champ Island is one of the many arctic islands that make up the uninhabited archipelago known as Franz Josef Land. But there are a few things to set it apart from its nearly 200 companion islands in the chilly Arctic Ocean – most noticeably, that it is littered with spherical stones of varying sizes. The sizes of these stone balls vary. 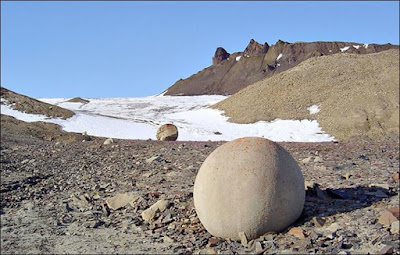 Here we go again, yet another piece of the "timelines are messed up" jigsaw. Called the footballs of God, the Arctic has been ever so kind once again to give up it's cold icy secrets. This is a set of stone spheres which proves that mankind was living there when tools for making such monster "statues" was available because they must of been and yeah, that's my argument!

The evidence is right there in front of you and no, nature doesn't make them this big does it?

The snow has a tendency to give up it's secrets once it's thawed out and this is no exception! They've been found ALL OVER THE WORLD! Costa Rica, Argentina, Vidima village of Dimapur, Nagaland which is a brilliant one (look it up).

It get's even stranger because there's a video on YouTube that states and I kid you not - Mysterious Stones MOVE, GROW & BREED in Romania! Check this link out and watch the video.

So these ones in the Arctic (Champ Island) might be their offspring on a century long spring break vacation, lol.

Here's some baby ones: 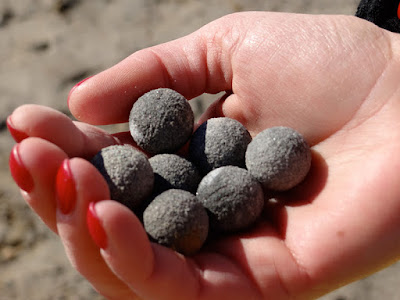 I'm just wondering what else is out there that we've not had pleasure of seeing "as yet"? They was discovered on Champ island which lies above the polar circle in the Franz Josef archipelago. 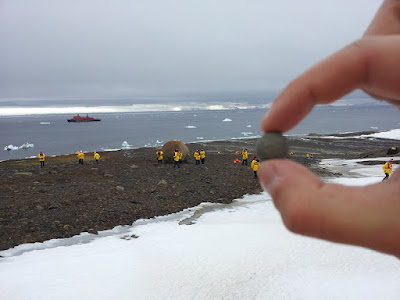 Interestingly, all of these scientists presume that the stones must have been made naturally. However, the bizarre shape of the stones does open up the possibility that they were created by intelligent hands. If this theory is thrown into the mix, then there could be hundreds of more questions to answer about the stunning footballs of God.

If these where made by natural forces then I think they should be employed in a workshop! If in doubt, blame nature. 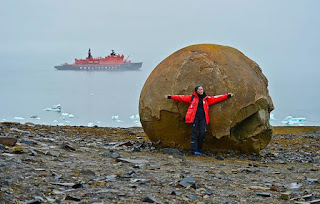 Below is the rocks from Romania which grow, breed and move! check this link. I thought it was a typo until I found out that it's the truth. 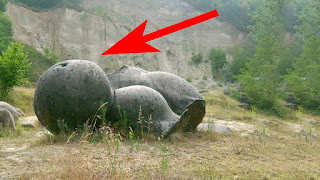 Below are the mysterious round stones found on the side of a river next to this village so the villagers turned them in to a tourist attraction as you would right? The village is called Vidima village of Dimapur, Nagaland - look it up. 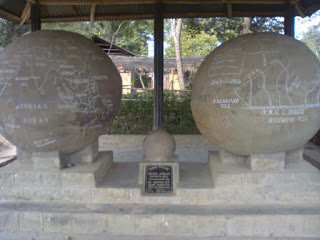 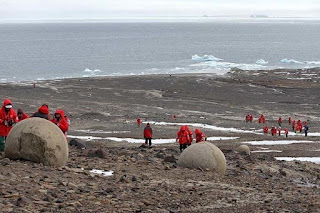 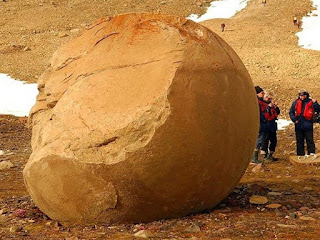 Champ Island in the Arctic is a really great place, a little strange but awesome. 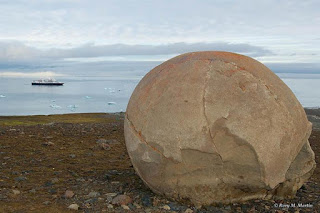 Link no 1 Quark Expeditions.
Link no 2 Disclose TV.
Our sources of information.