The Project Blue Book Research Center is under the direction of Michael Hall, a private researcher because such is the demand "still" to know just exactly what is happening with it and what happened about it? Most Ufologists from this era are still very interested in this because there wasn't anything bigger than this at that time. It still causes controversy today. Check out this awesome new TV show from the guys at History.

HISTORY, now reaching more than 98 million homes, is the leading destination for award-winning original series and specials that connect viewers with history in an informative, immersive, and entertaining manner across all platforms. The network’s all-original programming slate features a roster of hit series, epic miniseries, and scripted event programming. Visit us at HISTORY.com for more info.

Project Blue Book was one of a series of systematic studies of unidentified flying objects (UFOs) conducted by the United States Air Force. It started in 1952, and it was the third study of its kind (the first two were projects Sign (1947) and Grudge (1949)). A termination order was given for the study in December 1969, and all activity under its auspices ceased in January 1970.

Project Blue Book had two goals:
Thousands of UFO reports were collected, analyzed and filed. As the result of the Condon Report (1968), which concluded there was nothing anomalous about UFOs, Project Blue Book was ordered shut down in December 1969 and the Air Force continues to provide the following summary of its investigations:

No UFO reported, investigated and evaluated by the Air Force was ever an indication of threat to our national security; There was no evidence submitted to or discovered by the Air Force that sightings categorized as "unidentified" represented technological developments or principles beyond the range of modern scientific knowledge; and

There was no evidence indicating that sightings categorized as "unidentified" were extraterrestrial vehicles. 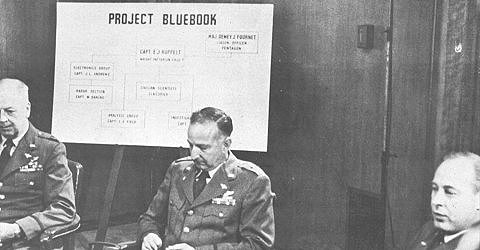 By the time Project Blue Book ended, it had collected 12,618 UFO reports, and concluded that most of them were misidentifications of natural phenomena (clouds, stars, etc.) or conventional aircraft. According to the National Reconnaissance Office a number of the reports could be explained by flights of the formerly secret reconnaissance planes U-2 and A-12. 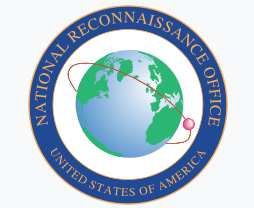 A small percentage of UFO reports were classified as unexplained, even after stringent analysis. The UFO reports were archived and are available under the Freedom of Information Act, but names and other personal information of all witnesses have been redacted.

The NRO was established on August 25, 1960, after management problems and insufficient progress with the USAF satellite reconnaissance program (see SAMOS and MIDAS).[13]:23[14] The formation was based on a 25 August 1960 recommendation to President Dwight D. 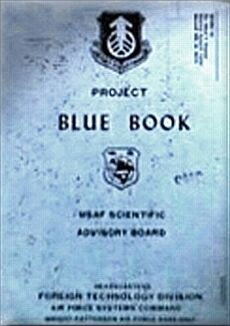 Eisenhower during a special National Security Council meeting, and the agency was to coordinate the USAF and CIA's (and later the navy and NSA's) reconnaissance activities.