Updated information 2nd April 2020, It's not a water tank, keep reading it gets better - it's in the middle of the desert and it's shadow is round without a typical water tank shadow and it's not a building neither and that only leaves one thing... Swamp gas.
But seriously, it's got no support struts, no pipes leading to it or from it, there's no foot traffic around the "unknown object" there's no vehicular tracks, there's no signs pointing to it, there's nothing by way of water tank locations list. It's a UFO and you can take that to the Bank! 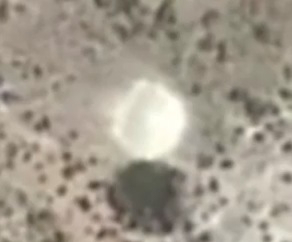 There you go, that's never been a water tank! That's not a building, there's no support for a building or water tank. 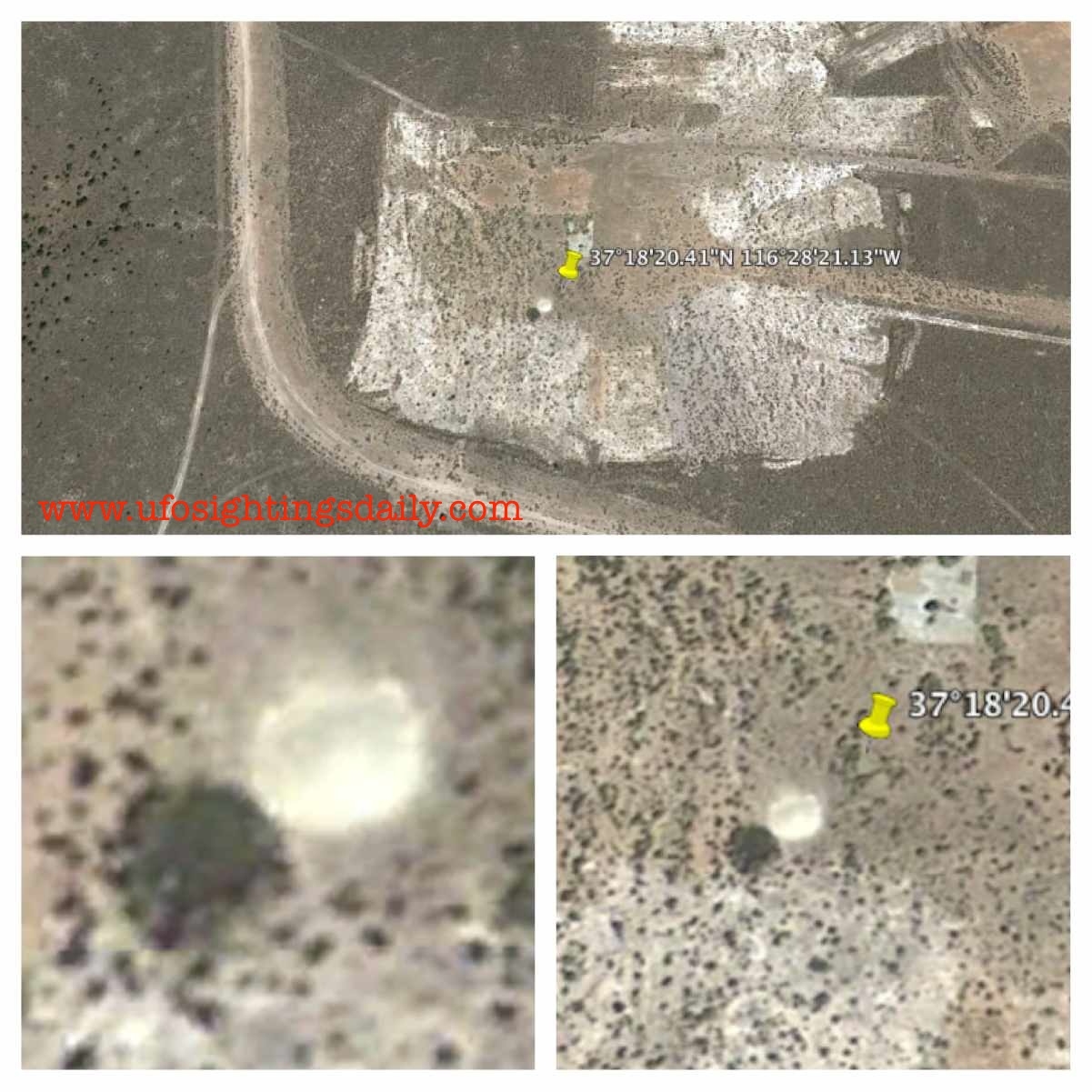 Scott Waring, i respect the guy because he is not afraid to say what he believes and he has the effort to post his beliefs in a very 50/50 world of UFO believers! That takes courage (or brave). So, thanks Scott for being a massive influence on me and many others in the world of Ufology. Thank you.
It's April 2020 and I'm relooking into the evidence regarding this mystery. I say mystery loosely because it is what it is right? Guys, as new information has emerged its always wise to relook at posts that you've written, that's why I always post old posts because it's UFO sightings and information is always changing but the UFO sighting itself is always, always relevant.
Coordinates...

Here's what the witness said:
First off this UFO in the photo above is inside Area 51 and not far from Area S4. S4 if you don’t know is the area of the USAF where nuclear physicists try to back engineer Aliens technology (source Bob Lazar, an amazing guy).

Here's the smoking gun as far as Ufology goes because for every one thousand so called UFO images caught by the general public this one beats them all because it can't be faked! You've not got access to Google Maps to go inside it and plant or distort the satellite images so in my eyes these are solid evidence. These are what Ufology is based on. It is stuff like this which makes it a doddle as far as research goes. It is what it is, isn't it. Here's the coordinates to check out yourself: 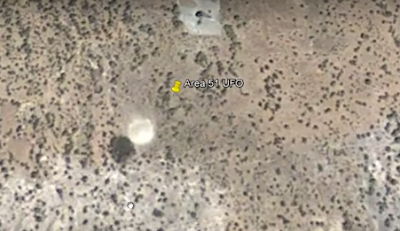 I stopped short of saying this is right next to Area 51 because I didn't want to add anything to make it more credible because like I say, it is what it is. It has a shadow under it, it's got what looks to me as movement coming in from the north heading south west. 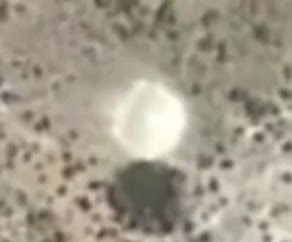