Here's another amazing UFO sightings footage that has been caught on camera in Arlington, Washington in the United States. When people report UFO's they really want people to see this "thing" which they witnessed and want people to know really happened? That's the feeling I get from this ufo footage and I feel that this is an amazing encounter that could change many peoples minds about if they believe in Aliens or not.
The best ufo sightings reporting tool is called MUFON and has had a very good ufo footage reported to it recently and guy's I have to say that this is spectacular. It's not often that people witness one of the best ufo image ever. If there was a top 10 ufo sightings vote then this one ufo image has to be right there in the top 5 ufo images. The report is also on UFO Stalker which can be found here. 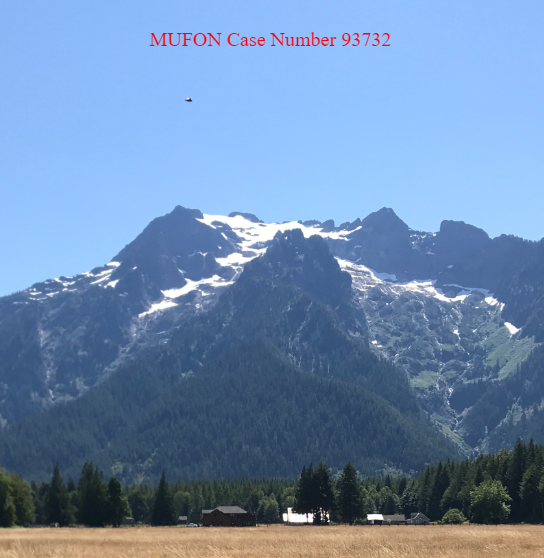 Short description:
Strange object found in photo over white horse mountain. Darrington, WA, US. Darrington is a town in Snohomish County, Washington, United States. The population was 1,347 at the 2010 census.

Detailed Description By The UFO Witness.

Actual subject of photo was white horse mountain and the meadow. didn't see the object in the photo until i went to crop and colour correct it after a number of days. at the time, i was facing into the sun and had to cover up the top of the camera to prevent lens flare. i don't recall any planes or helicopters in the area at the time, but it was hot and windy with many cars on the road so i didn't linger and quickly took the photo and moved on. i don't live in the area, so not certain if that area has any regular commercial air traffic. either way, it was very interesting to find it in the photo.

Here's the link to the image of the actual MUFON case number 93732. 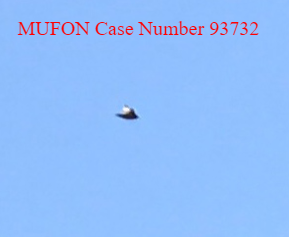 I'll give the link to MUFON but you need to log in to the site to actually research any case? The links here and above is to the actual submitted images so check them out when you can? You'll really like the images.

The submitter also supplied a Google Earth coordinates link to the place that the ufo sighting took place. Guy's this is a very recent ufo encounter and has to be looked in to not just reported and so that it gives posterity a glance in to the past. There need's to be some kind of check on the military, airports etc so that we can whittle down the possible candidates or even to find out "what it is" or "where it is now"? 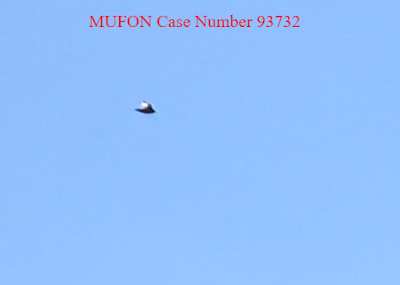 Cheers guys for checking us out, we always have some of the best conspiracy theories for you, we've got you covered on uncovering the cover ups. Please check out MUFON though for this spectacular and amazing, history changing, UFO sightings. That's a bit of a tongue twister but you get the message. Our research is quite thorough and we always try our hardest as with limited resources we definitely deliver. So thank you for your continued support and continued encouragement especially when we went through losing our YouTube channel for the sake of mistaken creative commons remixed videos. Can you remember YouTube's old "creative commons archive" which allowed people to remix and upload the remixed videos back to YouTube as their own?

People have given their permission to allow anyone to use their videos through that old creative commons archive. It's in the upload editor, when you set the videos licence either a standard YouTube licence or a creative commons licence? People used to tick that instead of the standard licence and it say's through doing that licence your giving people the rights to remix and upload that video. It got taken advantage of and so did the unwitting people who remixed and re-uploaded the videos which they thought was totally legitimate?

But some people set traps for other YouTube users to walk in to. They uploaded copyright videos to the creative commons archive deliberately and people like me unwittingly remixed and used them in videos and YouTube saw people was getting strikes for something they didn't do on purpose so they removed the creative commons archive completely BUT never told anyone on their whole YouTube website or in their support forums that you need to check the contents of your videos? So they basically left us out to dry. They never mentioned it anywhere and they never alerted anyone.

To add insult to injury they are guaranteed to find in the favour of the copyright allegedly infringement on behalf of the so-called aggrieved claimant (I understand they have to). They fricking started it though by allowing people to use other peoples videos and instead of holding their hands up and saying it's our bad, and you won't get any penalties oh no, they find in their favour (within 2 days by the way) and shut the channel's down yeah, there was no legally required 28 days to get my stuff together counter claim in order and found in their favour "in 2 days" and closed my fricking account down instantly. That's outrageous.

More of relieved and now fully aware that YouTube is basically a place to get one over other people. It's not a nice place. Of course I feel angry, angry that I can't even tell them that it's their fault but I also feel relieved that I don't have to worry about anymore people wanting to blackmail me? Yep, I was blackmailed 8 months ago. A woman in Taiwan kept asking for my password and email and wanted $200 a month or she would keep putting in copyright strikes? Oh my God, guess what YouTube did?

Investigated her copyright claims and ignored me? I had all the emails backed up and sent them to the copyright email and got no reply. I called the police who said because it's online they can't do anything? So it seem's that extortion is unenforceable online? So, yeah even though they found in my favour because they are my videos they still left her channel up and did nothing. She's free to do it to some other poor sucker just like it happened to me. Of course she'll continue and chance her luck because some idiot will pay and YouTube does nothing to her or her channel!

Anyways getting back to the reason why I am no longer on YouTube. It was underhanded and that's shame on you for devastating an honest channel (mine) trying to make a difference in Ufology? The channel that put the copyright strikes in - I don't hold a grudge against them, it's not their fault as we was both put in a situation by Youtube. But he did put copyright strikes in one at a time on the hour "every hour 8 copyright strikes all in total". That's because he knows that if he submitted them all at once I wouldn't get my account shut down and it would only class as 2 strikes only?

Here's another amazing UFO encounter but of the online in Google Earth "type" lol. It's not what your probably expecting as this was discovered not in the air or whizzing by in the sky - but actually sitting on the runway in Florida in the USA. Now that's amazing and also epic. It can't be hoaxed as it's from Google Earth. 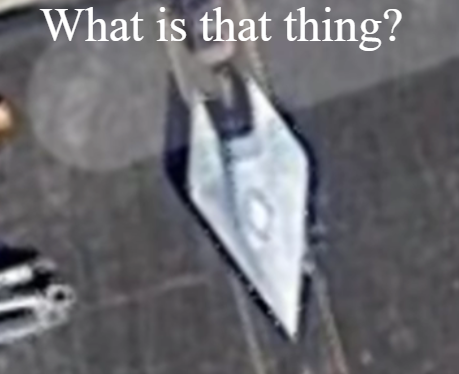 I totally understand that there's always two sides to every story I don't deny it. The way people conducted themselves is what I had a problem with. It was very, very eye opening because I understood then that people will become unusually underhanded and very nasty when they think nobody is watching them. Disgusting doesn't even come close to it.