Letter To President Jefferson May Be Earliest Recorded Visit Of ALIENS

Thomas Jefferson the then US President received a letter in 1813 from two guy's that told in the letter of seeing a UFO in the sky that could be Aliens and this letter or written account could be the very first ever written document about Aliens or UFOs? This is fascinating for Ufologists and anyone who's interested in alternative news.

FORMER US President Thomas Jefferson may have been sent the earliest recorded written observation of a UFO, according to a letter from 1813.

Is this the earliest known written account of a UFO or Aliens visiting the planet Earth? According to this letter to then President Jefferson of the US, it just might well be? You need to remember that these guy's wrote and spoke very, very differently back then and as there was no known use of such words like UFO or Aliens (really) the word's that they use to describe this flying object might put you off, but just remember that they could only compare the shapes to things they knew and what it looked like to be similar to them? Please remember this before dismissing it, cheers guys. 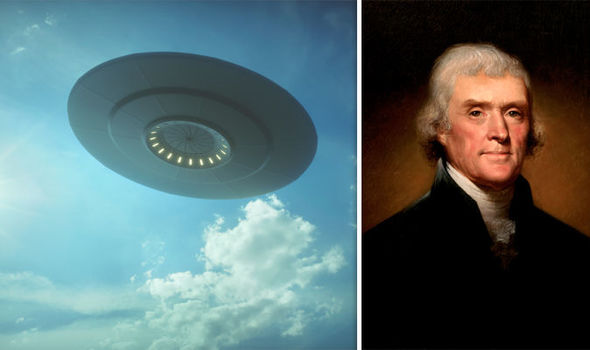 Letter to President Jefferson may be earliest recorded visit of ALIENS (Image: GETTY).

A tavern keeper in Portsmouth, Virginia, and a friend visiting from Baltimore believe they saw a UFO in the sky. The two men, barkeeper Edward Hansford and Baltimore’s John Clarke, describe in their letter to President Jefferson how they saw a meteor-like object in the sky. However, this object in the sky began to change shape, first taking on the form of a turtle “which also appeared to be much agitated and as frequently obscured by a similar smoke.” The UFO then apparently “assumed the shape of a human skeleton” which ascended and descended quickly, according to the mail which was reprinted in 2010 in The Papers of Thomas Jefferson: Retirement Series.

"We the subscribers most earnestly solicit, that your honour will give us your opinion on the following extraordinary phenomenon. We saw in the South a Ball of fire full as large as the sun at Meridian which was frequently obscured within the space of ten minutes by a smoke emitted from its own body, but ultimately retained its brilliancy, and form during that period, but with apparent agitation. It then assumed the form of a Turtle which also appeared to be much agitated and as frequently obscured by a similar smoke".


"It then assumed the shape of a human skeleton which was frequently obscured by a like smoke and as frequently descended and ascended, It then assumed the form of a Scotch Highlander arrayed for battle and extremely agitated, and ultimately passed to the West and disappeared in its own smoke. It is unclear whether President Jefferson ever responded, but according to the website Monticello, it is perhaps the earliest recorded observation of a UFO." 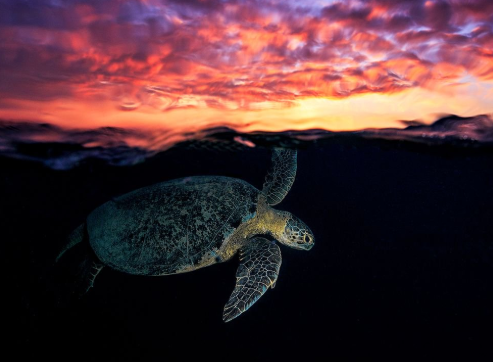