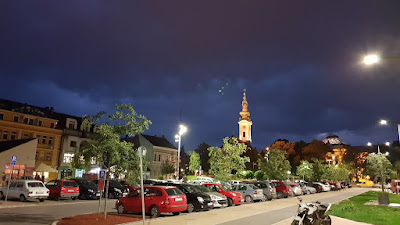 Serbia has had a lot of Ufo activity and recent Ufo incidents has been caught on camera in Serbia like no other places. It's that "middle of nowhere" feeling which makes these UFO encounters seem like they are carrying out flights without anyone even knowing what they are doing.
We've been getting lucky (I think) when we have caught them on camera, some of the formations like the one in this MUFON report are definitely intelligent by the way they are flying. So it's not a natural phenomena by any stretch of the imagination.
Ufo footage in general over Europe are on the rise. In fact, since lock down all places which was reporting on UFOs have seen an increase in UFO activity.
There's always one Ufo sighting that jumps out at you (and this bad ass is one of them) when researching Ufology and reports of unidentified flying objects and yes this is one of them situations but they're in formation.
In recent years over 20 UFOs Surround the capital city Belgrade, Serbia which was on June 7th 2014.
The incredible Ufo footage was shot by Dusan Djukic in the Center of Belgrade.
That is a great piece of Ufology evidence you should look in to link is above, but for now we'll check this fantastic piece of the jigsaw out. A place in Serbia had this great bit of Ufology to give... 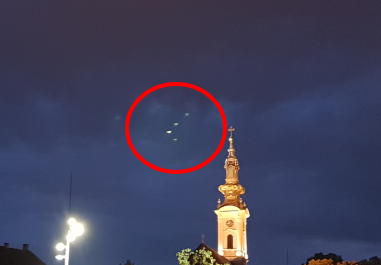 Actual witness summary.
Was taking a picture of the church and objects were not apparent at time. saw objects on pics later when i got home. 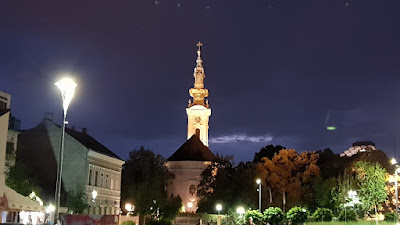 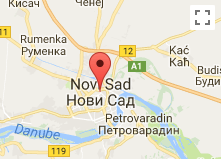