This has been one of the best discoveries I've seen of two UFOs been fired at by military forces. Why haven't I seen this in the mainstream media I wonder? Because they won't or should I say they dare not cover something like this in case they get in trouble with Mr Government or the secret police who secretly go round telling journalists what not to talk about. It's crazy why the main media sources for the sheep don't even put it on the last page of the sports section or something? But they don't and they probably never will. This is the best double UFO encounter I've ever seen bar none. 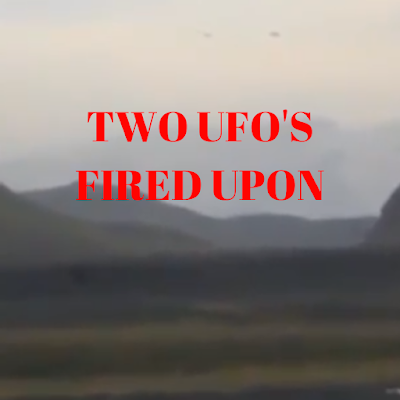 This is AN epic find! You know why you haven't seen this before, because nobody saw the white flashes of gun fire! If you look careful you can see the white flashes and they're letting loose on these two UFOs! I can't believe I spotted these? It's an epic find, well it is for me personally.


There's loads of rounds (god knows what) of probably all types of shells, bullets and I wonder if they was pursued in the air by Jets? This is a rare opportunity to see the "Government" actually firing upon a UFO instead of either been behind the wheel so-to-speak or in cahoots with said Aliens?

So it beg's the other question, what's going with the Alien - Government - NASA cosy relationship? Has things turned sour and if so what the hell does that mean? As of now I don't know where of which military this is firing at the two Unidentified Flying Objects, but I will keep on this to try and find out.

So here's what I spotted in the video:

In the above image I spotted gun fire or heavy artillery coming from this part of the background. If you play the video and watch this area you'll see white flashes of light which is obviously humans firing upon the two UFOs. You can even see sparks coming off the UFO on the left! Wow, this is real in my view. 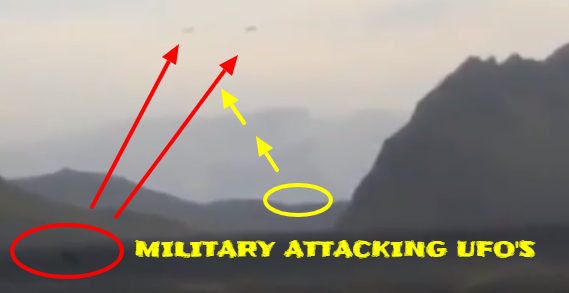 Here's an image with a white flash of gun fire that I just managed to get a screen capture of. This is fantastic that it shows the rounds flying around instead of just hearing the artillery shots.


I managed to trace the fired rounds to the middle-ground and it makes me think that as the firing is coming from a few sources. 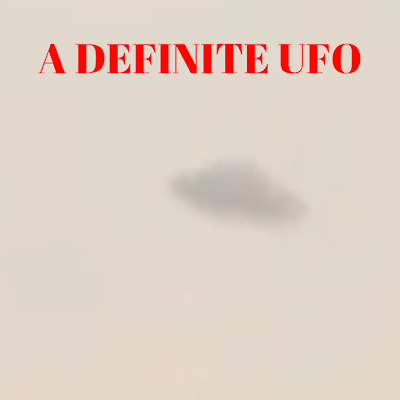 It's also been filmed that the military knew these were either coming or that the two UFOs are extremely unlucky for wondering in to a military exercise. I wonder if the UFOs were caught spying on the military and they opened up on them? 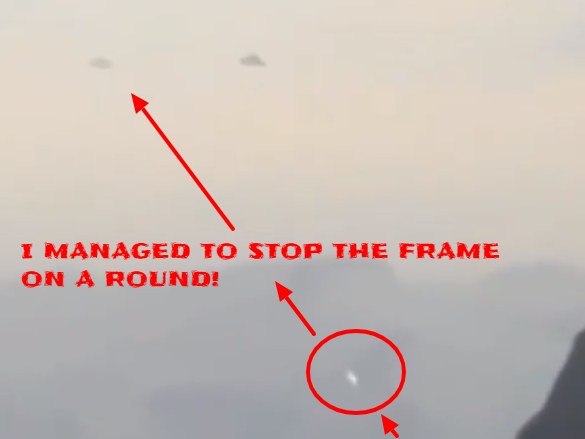 How about that then? I think I got the direction of the artillery round right? If this was a bullet we wouldn't be able to see it so this has to be a decent size round. Have any of you guys seen out like this before or can you tell what artillery piece is been used by the sound it makes because I know some people can tell just by the sound of things firing.