There's many times where evidence has come to light of amazing discoveries on the Moon and the Lunar surface is giving up it's secrets. There was an image left out on a table at NASA of structures on the Moon and then there's the evidence from a Sargent who saw images of buildings and structures from the Apollo Moon Mission and then there's even more, there's a video here in the post that you need to see it's amazing. 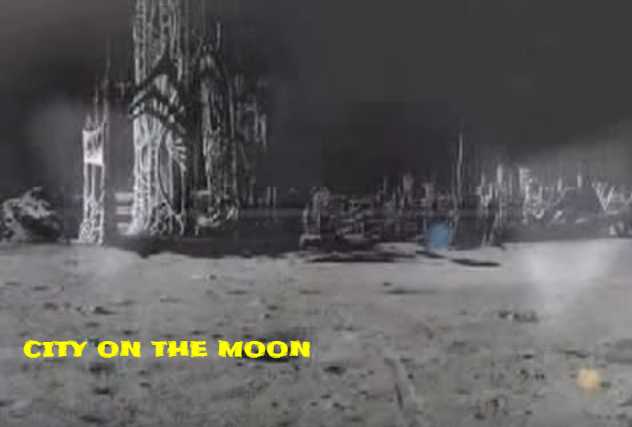 Buildings and structures on the Moon have been argued about for decades and it seems everyone has an opinion or has something new that nobody else has heard of before? But if I was to tell you that NASA astronauts have now been filmed actually admitting to seeing Alien structures, buildings and was definitely being watched from the side of a crater whilst going about their experiments on the Lunar surface what would you say to that? Well apparently it's true. 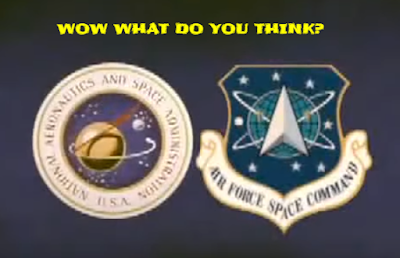 Below is a video from Scott Waring's YouTube channel showing amazing structures and buildings on the Moon. Now I'm starting to think that the person who put the image on the table was intentionally doing so. 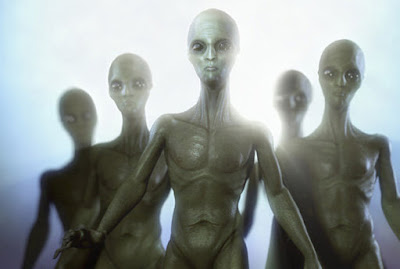 "We discovered," the airman said, "a base of the back side of the Moon."


There's an extraordinary and I mean extraordinary and exceptional story on this website of just what this "high clearance" and high priority team member was just getting himself in to? His name is Sergeant Karl Wolfe,  It is astonishing stuff, it's only slightly better than pure science fiction and that is because this is real. Stranger than fiction, stranger than reality and absolutely stranger than anything he had ever dared to think about what could really be on the Moon.

His story is fascinating, here's a little bit of it:

Wolfe was told that recent enhanced images had surprisingly, yet clearly shown structures on the surface of the dark side of the Moon. Structures that definitely were not created by natural means, such as meteors, or ancient collisions with other heavenly bodies. The structures were created by intelligent beings. "We discovered," the airman said, "a base of the back side of the Moon." Wolfe was obviously stunned by this extraordinary disclosure. He remembers literally "shaking" trying to take in the enormity of what he had been told. Seeing Wolfe's disbelief, the dark room attendant continued; 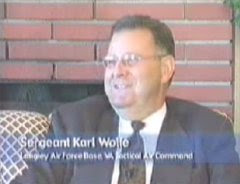 Alien hunters believe the picture of "an oblong-shaped structure" was inadvertently left on show while the discussion took place at the Nasa Ames Research Center in Moffett Field, California, USA. They went on to claim it proved an age-old myth Nasa is aware intelligent aliens visit the earth and moon, but that they refuse to disclose this to the public because of the fear of the impact on religion and the rule of law among the masses. The image was spotted during an interview with project scientists Anthony Colaprete and Dr Kim Ennico.

But Scott Brando says is was just a target for when NASA flew rockets at the moon. But still how can something artificial be "already" on the Moon for them to aim for? Even their excuse is absolutely stupid. But if they're trying to say it's a natural formation they are aiming for well just look at the image lol. That is not natural, that thing is definitely artificially made or constructed. That's just bonkers to even say that this is something the Moon made itself. 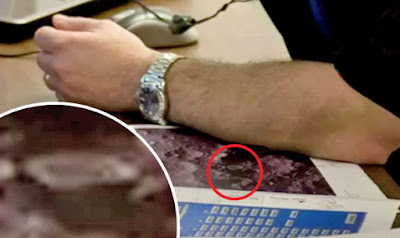 Conspiracy theorists say the image on the table shows structures, clear geometric shapes that cannot be confused in any way as “natural formations” or “moon rocks”. Some suggested a Nasa employee who wanted to get the truth out may have left the images out on purpose. The photos which first emerged in 2012 are still raising questions on conspiracy site forums. Ancient-code.com posed the question: "The big question a lot of people ask today is, 'are governments around the world and their organisations covering up information on Extraterrestrial life?' 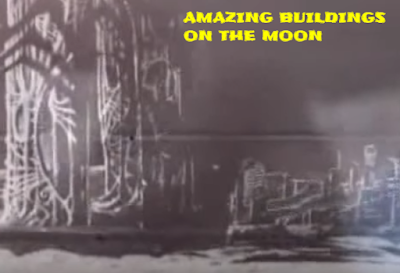 Our fellow awesome researcher Scott Waring of the amazing website (please check out the fantastic work there) he really isn't afraid of what people think about his opinions because he knows what he's saying is the truth. That's the freedoms whole generations of families went to war for, it doesn't matter how far out, far less or far from the truth you are but your opinion counts because without it there is no debate!


On April of 2007, several videos apparently taken by NASA have emerged showing a city on the moon and a close up of an alien cigar shaped vessel in Delporte crater. These videos were from the Apollo 20 mission. Apollo 20 was a covert Apollo missions to the moon to retrieve ancient alien technology. I’ll be the first to admit this really seems ridiculous on first glance, but if you do a little research into William Rutledge’s story, then you begin to see that NASA has been hiding the truth for a long time, editing what we are allowed to know and not know. When researching this story, I hoped to learn the truth about the covert missions to the moon. What I learned instead stunned my imagination, strengthened by beliefs and amplified my fears.