Ancient electrical advanced technology discovered in Kosovo in the mountains. Guys this is either one of a couple of things, a hoax, a prop for a tv show or a movie that never got used or this is a straight up real ancient electrical transformer? If it is the latter which I think it might be, but then again I think it could be a hoax either way what I'm trying to say is that this shouldn't exist and because of such it's confusing. How the hell are we supposed to give an honest opinion when this simply shouldn't even exist? It's near on impossible to say that this is ancient technology without looking either stupid or silly, or like your wrong because this is real. It doesn't matter who is right because no matter which way you pick someone will say "your wrong". How do you even begin to research something like this. 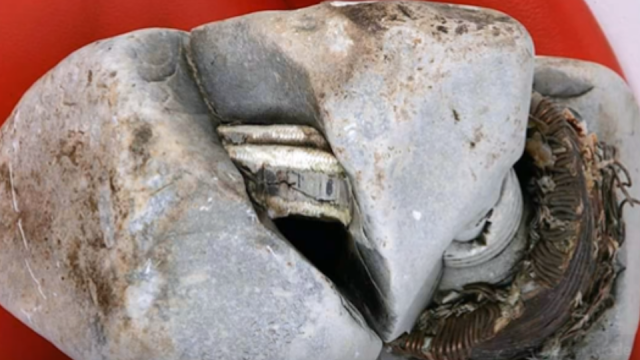 This has to be either a man made prop for a TV show or movie that never got used or a straight up hoax or could this in fact be a very real Alien or ancient advanced civilisation relic? Apparently studies have shown that this is at least 20,000 years old?


There is no information on who did this analysis which again raises my suspicions but also the discoverer Ismet Smiley is going to give this amazing discovery if not mind blowing discovery to scientists so that they can do their own testing. Let's wait and see about that but for now lets just imagine what an advanced civilisation in the distant past could of looked like. 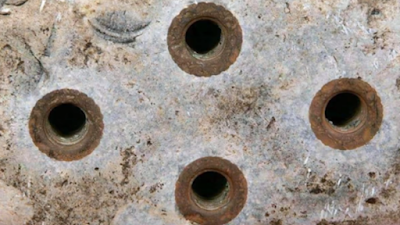 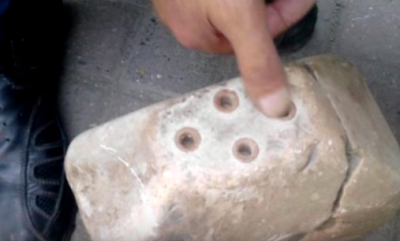 The reason why I'm saying this is because this as we all know couldn't exist, it shouldn't exist and everyone will tell you that it simply cannot exist.

This is all based on and according to modern day teachings. So there has to be another logical explanation, right. Well you would think so but as yet this is either solved in your own mind as a fake or this is a straight up mystery. 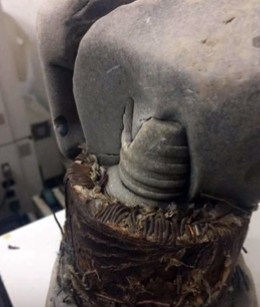 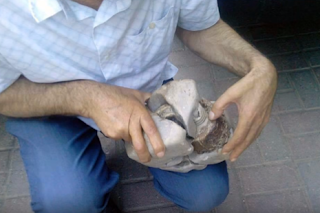 Where do you fit in with your opinion?

Ismet Smiley, a photographer and researcher, discovered a mysterious artefact in the mountains on the territory of Kosovo. This item is externally a stone of unusual shape with an integrated electromagnetic coil. Inspection of the artefact and its chips showed that the copper coil is not simply inserted into the cut hole, but represents a single whole with the stone.

This suggests that the stone was melted to a liquid or plastic state, and then the coil was “filled” with this substance and later hardened. For the full article follow the links below.


So there you go, it was melted stone that was poured around the artefact and then it solidified, but the question is "when". I did have my doubts but this kind of cements it lol (excuse the pun). More to the point, can't someone just analyse the copper coils or the other metals and see when it was formed, forged or at least what the mix of the metals are so a comparison can be made from other types of the same metals.