There really is no way of telling how old Puma Punku is but the educated guesses are between a few hundred years to literally tens of thousands of years old so which one is it? There are many people weighing in on this ancient advanced technology theory being used in ancient Bolivia to build the ancient city of Puma Punku but which one is correct. They can't all be right, can they. That's absurd, but it still doesn't put people off from having a go at solving the mystery. If we knew for a fact that all the pieces where there we could call this a riddle instead of a mystery? But we don't and we can't so all we have a intelligent and also dumb guesses. Personally as we can't be sure when this was built and considering that it has advanced technology being used to create some of it if not all of it then I am going with tens of thousands of years old. 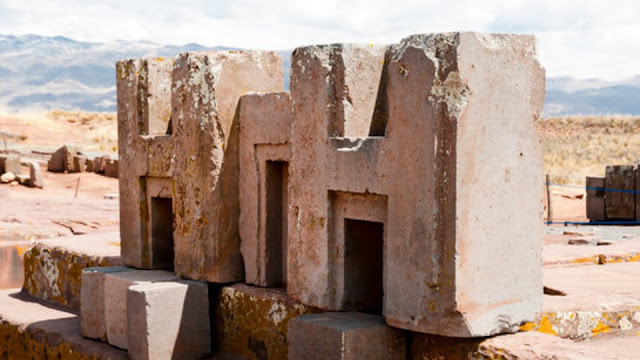 How did this fascinating and extremely controversial, ancient and marvel of the ancient age get built without anything remotely existing that could get the job done "and" get it done to such a magnificent standard, that it can't even be done today using the technology that we "think" they had?


You see that word think?

It all comes down to that one word. What we think they used was "primitive tools" and a moderately skilled work force yet even in today's world it couldn't be done so something or someone with extraordinary skills or extraordinary tools (for the time) had to of been utilised and deployed? That all stands to reason right... 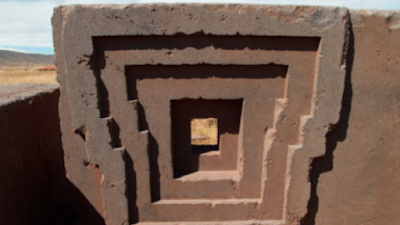 Well actually in plain terms there's no way that this was made by using "of the times methods" of construction that even predates the Incas. Seriously even if they had the worlds best architect to plan everything and use strategies, there's no way it could of been achieved using the tools they had to hand.

So it is suggested that advanced machinery was used by Aliens or by people with special powers and that this place is actually as old as hundreds of thousands of years old.

Puma Punka was an abandoned city (apparently, but how do they know that and if they know that - when was it abandoned?) which was part of the conquered area that the Incas took over. They moved in yadda yadda and still we have no answers?

It was a place which only came to light because the Incas moved right on in and incorporated it in to their own empire. Puma Punka was incorporated in to the ancient city of Tiwanaku, that's a fact.

This doesn't sit right with me because it just came out of the jungle and literally has all the hallmarks of been part of some intelligently built city by an advanced peoples and culture with strange symbols that are everywhere still to this day they survive in excellent condition? Plus the building of the place could not be done! There is that don't forget. 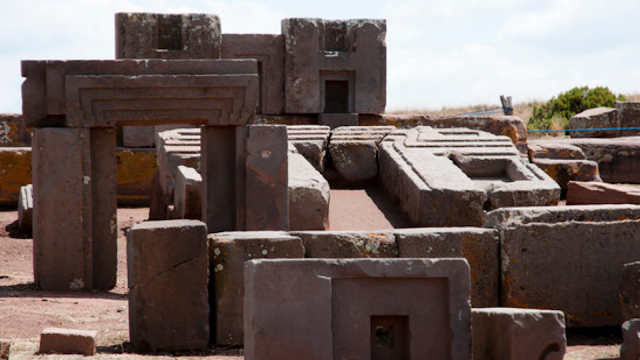 Here is my biggest and most spectacular problem with all of this:


The Incas believed that Puma Punku was the place where Viracocha, their deity of creation, created the ancestral people of all ethnicity and races and sent them out into the world to populate their respective lands and areas. But, they didn't even know it existed before they moved in so how do they know this and they moved in because it was abandoned right! I don't get that?

How, what and where? So if they believed this then it cannot of been their original cultural belief because they didn't know about Puma Punku right? It's like saying that London is our cultural heartland but not even knowing it existed. They must of found Puma Punku then wrote all that in to their beliefs.

Which came first the egg or the Chicken and either way this doesn't stand up to any kind of logic! Is this made up by an organisation to get us to think that this was attributed to a peoples because there really is no explanation for it (Puma Punku) existing but yet it does exist and it has all the hall marks of being made by Aliens, I wonder.

So this is my question, what was there, already "why we are been denied the knowledge of Puma Punku" what was it that made the Incas change their whole culture, religion and beliefs plus their understanding and even their own creation story got changed to this one we have now!

What the hell went on back then that we are been denied the knowledge of? The Incas were not idiots, they was a supreme peoples with supreme abilities and they had advanced everything "for the times".

The Incas had reason, they had knowledge and they certainly had something which enticed them from Puma Punku to change their whole beliefs as a one people system. That is like us modern day people, all of a sudden finding a hidden city in the forest and taking it over and living in it, changing our culture and our religion and our creation story.

Their ancestors lived and died for their previous cultural beliefs and their previous ways of life so again I ask, what the hell was in this city called Puma Punku, which just appeared from nowhere and made the Incas change everything?

Was it abandoned by a people that had either enough of it and walked away or did they all die in a way as yet unknown? Was it because "they" left Earth (literally) or did they simply abandon it to move elsewhere on Earth - if so the who were they and where did they go? 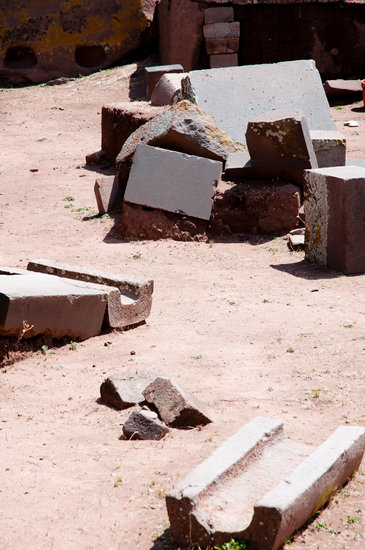 Ancient Origins has researched this topic at length so it was only natural that the questions I had about Puma Punku I went there to research, but actually it too cannot give us a time frame on when Puma Punku was established or created, built or transformed. They can give us a few educated guesses but that's it. All links for reference are at the bottom.

So yet again, with the age of Puma Punku in dispute, it could be hundreds of years old or thousands and thousands of years old depending on who you ask? So what other so-called facts can we check up on, it's Puma Punku so everything is up for discussion by everyone and their Budgie? But that's for another day and another story otherwise this post will become a book and it's long enough already, lol.


Here's a great video you should see from Zeg TV Hidden From The Public.