Video Of A UFO Tracked On Camera By Military

There has been a spate of military ufo sightings that have surfaced and some have either been leaked or declassified but this one falls in to the category of the "unknown origins" because there's no information with this video. It does have the usual letters and numbers at the bottom of the video which is the identifiers, altitude and speed etc etc but we can't make it out and we don't know enough about what these all mean so we're posting this amazing and even spectacular flying saucer video to you so that guys, lets get some answers and create our own disclosure because the government and NASA and every other government affiliate if they want to keep their affiliate status have to regurgitate the same obnoxious words that NASA always churn out: Aliens don't exist and ufos are swamp gas. If they was going to do it, believe me it would of been done by now. Guys, disclosure is common sense, disclosure is that gut feeling and your intelligent enough to know right from wrong so when they lie to us we just know that the evidence to say ufos and therefore aliens is just to strong and it's to strong of a case that in anyone's own mind "aliens and ufos are real and do exist". That's disclosure of the own kind. 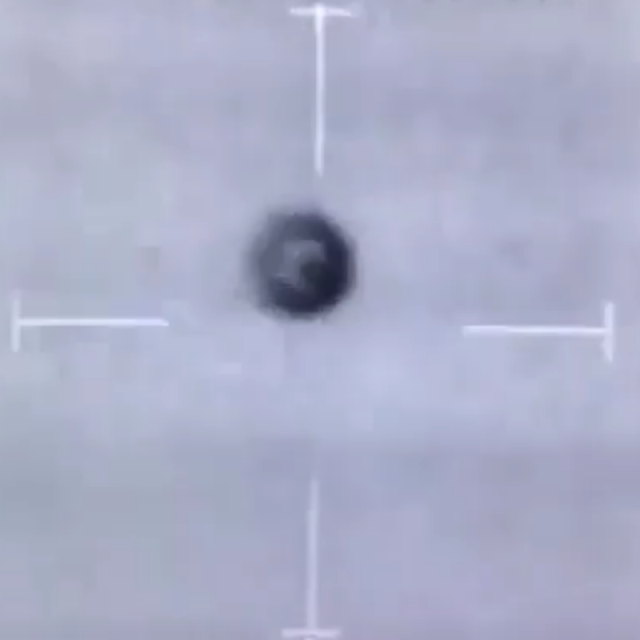 This is a compelling UFO video which is a Military video in infrared, heat vision and normal vision showing us a UFO which they seem to be tracking.


This is not the Chile UFO incident recorded by the Chilean Air Force (the one released recently) but rather one which has no information with it at all. That can be found here. The cross hairs are way to big. 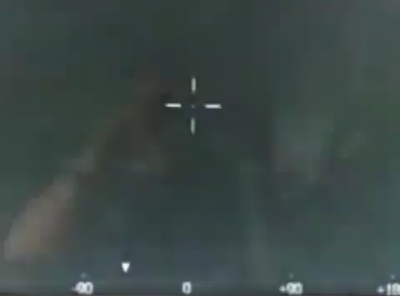 We are trying to figure this whole amazing video out and what the numbers and lettering at the bottom of the video are? The person who either leaked this video or released this video had probably recorded it on a smartphone facing a PC screen. If you know what they all stand for please leave a comment, cheers?

I say this only because at 32 seconds in to the video we see a reflection in the screen (when the video stops briefly showing the UFO) of what looks like "two Military personnel" with binoculars.


Or one of them is on a landline telephone and I think they are either looking at the UFO on a screen (probably not but they could be) or they're both in a military situation room near to some sort of operations area - as they are, like I say, looking through binoculars. 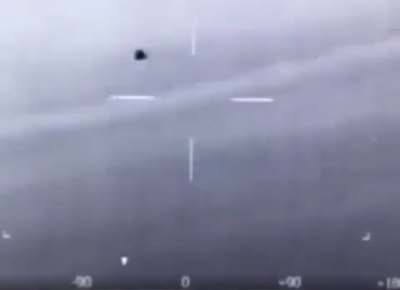 I think it's safe to say that this was leaked rather than "given" to the wonderful people of the press? I think this was recorded on to a smartphone covertly and leaked that way?

But I could be wrong and this whole thing is an elaborate hoax, but considering that there's been no widespread push of this video I think that to is also safe to say "highly unlikely"?

This is a really detailed UFO which shows us a definite circular shape with a step like bulbous middle formation. The UFO itself is metallic, it's grey in colour and could also be called a Flying Saucer?

When the camera operator is keeping up with this Unidentified Flying Object we see him or her switching from infrared to heat vision and to normal vision and tells me there's more to this UFO sightings footage than meets the eye and that this is absolutely real.


Here's the really amazing Flying Saucer caught on camera by the Military:

I mean where do we stop guessing and making assumptions and just say either yes or no? Where do do stop and say that is real, or that this is absolutely ticking all the right boxes? Well, I am doing that right now and I'm saying that this is probably real!