Here is some video footage from the 1947 Roswell UFO crash, which apparently had Aliens on board. These are blocks of metal or gold and have strange symbols and an engraved or stamped out hand placement "groove". Also recovered was these really odd looking pieces of debris showing what is or looks like writing symbols? I don't know what to believe about the Roswell UFO crash because over the years the government has totally changed their stories. NASA says Aliens don't exist but goes out looking for them anyways and it just seems like everything is flawed. I don't know what to believe about this UFO crash? I don't know and because of that I am going to let the viewers decide about this. The symbols on the metallic looking "recovered blocks" are probably our best bet at getting any information from this because it's really the only thing that is a puzzle and as we know there's an answer to every puzzle. It will also tell us just how intelligent they are. 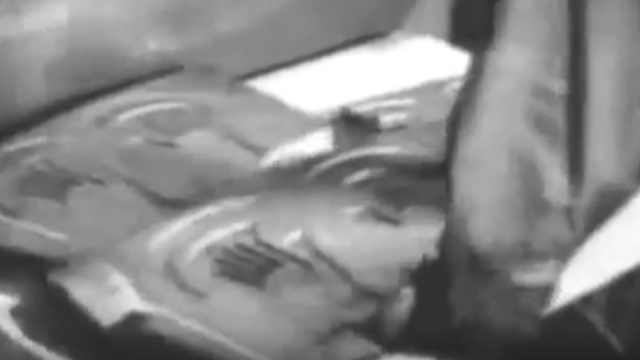 Here's some alleged footage of the recovered debris by the military from the famous or infamous (however you look at it) Roswell UFO crash site which happened in New Mexico in the United States, allegedly.


This is a video showing what looks like or appears to be an Alien hand print impression where the "UFO Pilot" would put it's (oddly shaped with 6 fingers) hand and it would probably be able to steer the craft or at least control the headlights lol.

I'm not sure about this as I really did think that the Aliens aboard the thing where small, and that they where three fingered Aliens? 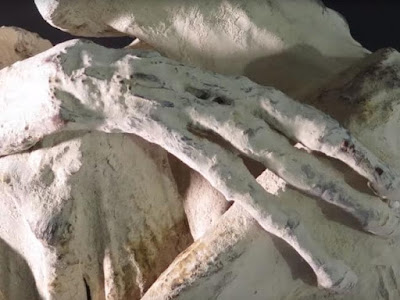 Seriously, I could be wrong but there's something I don't quite get about this? What are your thoughts on this or what else do you know "for sure" about this?

This is what the information says which accompanies the video on Instagram:


Rare Debris Footage Roswell Ufo Real Or Hoax Video What Do You Think?

That is all it says? Nothing about where it is from, who got it or why it exists? Was it leaked as part of the military press office, was it originally recorded like a news bulletin but eventually scrapped and later leaked?

I'm saying this because I vaguely remember seeing something about this but a while ago. The writing symbols on the edges of the blocks of what look like gold or some metallic material is intriguing though.

Because I really don't know as much as I probably should about the Roswell UFO incident that's probably why I haven't seen this before? I don't know enough because I really don't find the Roswell UFO incident at all "interesting". It's way to mainstream, it's way to pushed by the government ex employees, it's always pointed out in National Geographic TV shows and it just feels bogus.


It's the go - to story for any and all Ufologists! Yeah well, not for this one at all. I think the Roswell UFO incident was the red flag incident to wake people up to the fact Aliens are real.

But that the Aliens they recovered are real or not? Even the facts about Roswell are sketchy at best. Area 51 is a secret but everyone knows about it? 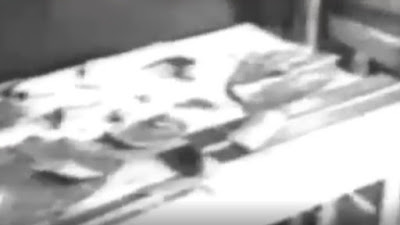 Nothing relating to Roswell, Area 51 or three fingered Aliens (now they have 6 fingered hands) and I mean none of it makes any sense and I really do believe it was ALL DESIGNED THAT WAY on purpose.


If you want any specifics about the Roswell UFO crash site then I recommend you just stick with your own beliefs because the information one day is good then the next it is rubbish.

It's been like that since they found the thing, allegedly.