Pill Shape UFO That Appears To Disappear Over North Carolina

There are some UFO sightings that leave you speechless and this is probably one of them. The fact that this is a short UFO sightings video doesn't really mean nothing. It means that this is all the person who witnessed this Pill shape UFO has released to the public as yet. There might be more coming out soon and there might jot be anymore because this might just be all that there is? I would like it if all the video comes out and if it does I will update this post article straight away. But, for now we have the amazing parts of the video which is the UFO actually looking like it disappears and that to me is amazing.

Here's a very strange and unusual looking pill shaped UFO or traditionally people, have referenced this shape of UFO before, as a cigar shaped UFO. The similarities are pretty overwhelming.

This one though has 2 ends that are metallic, the middle piece is unknown but it is shining in the Sun and it's absolutely stunning to look at. 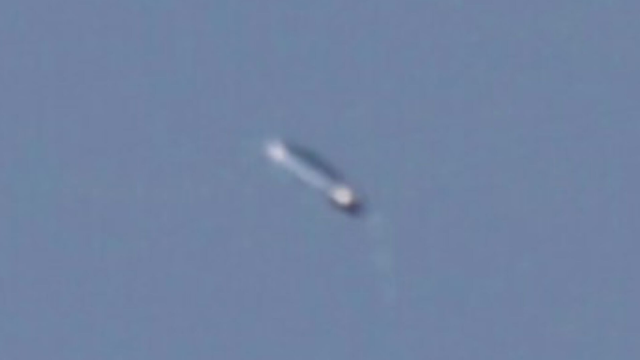 The UFO eye witness says in the video that he saw something glinting in the Sun which is what attracted his attention. The UFO is far off though and so he gets out his camera.


After looking back through the video he had taken, he zoomed in and saw that this isn't a typical or normal everyday "flying craft".

So, he took some screenshots of it and got in touch with the media and I'm - or should I say "we", should be real grateful that he did so. 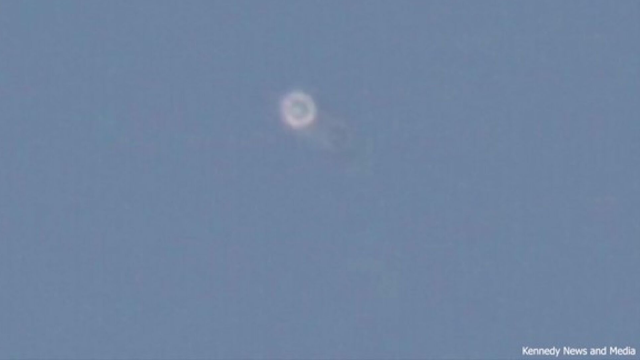 This is a fantastic piece of Alien/UFO proof (yes it could be man made also), it's a decent outline, it's a well defined shape and has given me a pause for thought.

Someone was aware that this thing was in the skies.

The radars that the government, militaries, aviation or anyone with a radar dish will pick it up because the skies looked very clear to me and it's got a metallic surface for radar to bounce off.


Radars nowadays are so sensitive, so accurate and with tons of data all coming in i'm surprised that they don't already have it's whereabouts tracked either backwards from where it came or tracked it to it's current location!

Here's what the story is about on the Mail Online (all links in the source at the bottom of this page).

A father filmed a UFO whizzing around in the sky after noticing a flash in the corner of his eye as he photographed birds in his garden.


Here's the fantastic video from the eye witness:

Bret Harrison Jones was out with his camera looking for nature when he spotted the 'pill-shaped' object coming in and out of focus from his home in Guilford County, North Carolina, two weeks ago.

Footage shows the flashing cylindrical shape in the distance, which Mr Jones believes was at least the height of a commercial aircraft.