Long silver metallic UFO disappears in to the clouds and this is a mystery aerial vehicle if ever I saw one. The thing that makes this UFO stand out is it's shape, it's colour, it's hovering, it's got no visible form of energy to push it forward, no exhaust, no propellers and yet there it is in the sky hovering and then disappearing in to what looks like it could be a cloud? The fact that I can't find this UFO anywhere online when I did a Google image search means this is probably the first time it's been posted online but I could be wrong as Google isn't always known for exceptional results? It just gives you results on a similar outline which it did but it was birds and a missile. We can safely say that this is not a bird or a missile. Well it could be a missile I suppose but it's probably not. 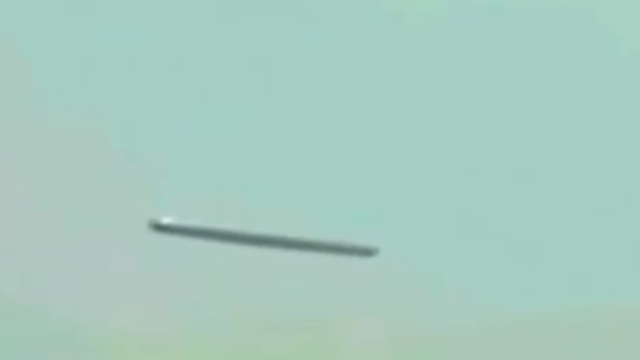 Long cigar shaped silver and metallic looking UFO which starts to disappear right above a set of traffic lights on a public highway with an eye witness who films this extraordinary event.


The image below shows the UFO right before it disappears from sight altogether. It's difficult to determine what it's disappearing in to or if it's the UFO itself just vanishing from view? There's no real way to determine this, but my best guess is that it's going in to or behind a cloud.

This amazing looking silver UFO has the classic "cigar shape" and it's also got that metallic look about this which is what got my attention as there's nothing propelling it or making it hover and that's unusual.

There's many UFOs which have been seen already this year (2019) and this UFO video was recorded on the 20th February 2019. It's not that long ago actually and this is probably a contender for best looking UFO so far?

People always go off what these UFOs look like right and it's the first thing that draws us in and it's how people get their first impressions of UFOs which this one really does deliver on many of the things listed above.


What Is This Strange Cloud Formation Over California.


This was uploaded to Instagram by UFO Lovers and it's a favourite with the viewers and that's because it is probably real. Guys, there's hardly any information with this video and I've even done a Google image search but it's not come up with anything from anywhere online, other than this is resembling a Bird or a missile according to Google?

So because of that I can only assume that this is a real event as nobody has done a screen grab from anywhere else and pasted it in to the video which is great news for Ufology.

Not been anywhere else online especially in the image form, doesn't mean it's not a fake but it does give this a bit extra credibility (in my own opinion it does) and this could mean though that it's a genuine UFO sighting as the first time this UFO was seen - is in this video (below) and that's a good sign.

Either way guys this is still a great UFO video with a really good feel and as soon as you see it you feel that this is interesting.


When you first see it also you definitely want to see more of it, that's exactly what I felt anyways? 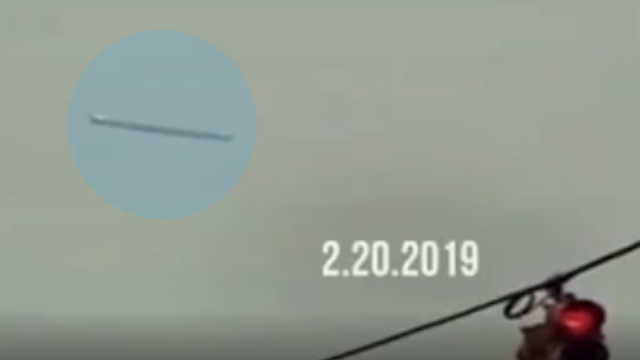 It's just because it's long, silver, metallic and starts to either disappear or it is gradually vanishing before this eye witnesses eyes? It's interesting for many number of reasons.