What Is This Strange Cloud Formation Over California

There's recently been a strange cloud formation over California which has really divided the internet as to what it is? Is there a portal or an Alien stargate opening over California. There are many things this can be and maybe it's the easiest to believe which is what people are calling it a Fallstreak or in layman's terms a hole in the clouds. People are saying though that there is an Alien connection somehow and people are asking for answers in this general direction. There could be a connection or there could be a simple answer. What do you think guys. 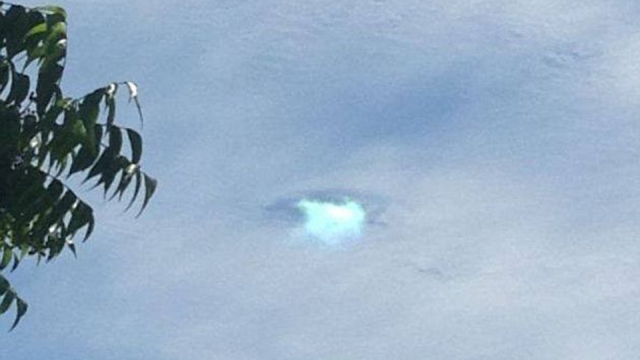 Photos that have emerged of a bizarre cloud formation over Northern California which are causing social media users to wonder is the truth out there? Are Aliens here on this planet or is this from a UFO...


Is there a portal here or is it just a strange and very natural cloud formation as strange as it looks. The strange snapshots have popped up all across Twitter, Facebook and Instagram and show a bright, unusual hole in the otherwise undisturbed clouds over Stockton on Friday afternoon. 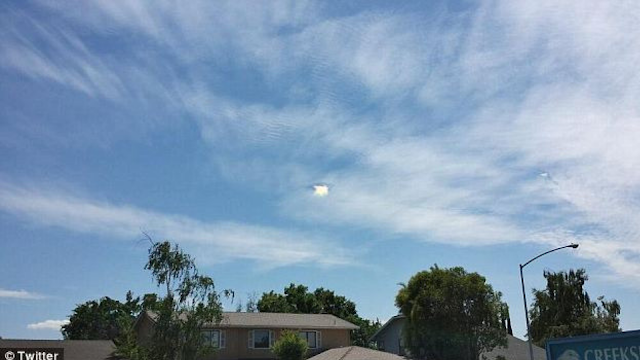 Now curious-minded folks in California and around the globe are speculating about what caused the phenomenon and some say its weird appearance belies an even weirder cause.

Much of the speculation suggested that the bright cloud is a UFO or somehow caused by extraterrestrial life. But personally I think this could be a natural formation. 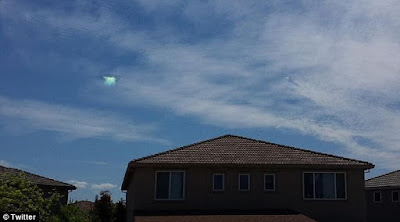 Mystery: A local news station tweeted this pic of a phenomenon they identified as a Fallstreak hole or hole punch cloud, but not everyone who saw it was convinced the explanation was so simple


However, there were plenty of other theories.

The formation appeared to change colors at different angles and could be seen over a wide area of town, further fueling the social media speculation

What is a Fallstreak, this is what Wikipedia say's it is:

Holes in clouds are most commonly called either hole punch clouds or Fallstreak holes. These atmospheric phenomena are believed to be caused by the combined action of both mother nature and man.

For the Fallstreak hole to begin, cirrocumulus or altocumulus must contain super-cooled water which cannot freeze without a tiny particle to first cling to.

Scientific opinion as to what finally causes the ice to form and begin to crystallize in the atmosphere has only solidified in recent years as meteorologists have become more certain that airplanes flying through the clouds start the process. Air passing along propeller blades or wings expands and cools rapidly.

The ice crystals begin to form and after the plane is long gone, the crystals can still be seen where they've dropped down below the cloud. What's left above the drifting ice particles is a round hole in the cloud that can sometimes be spectacularly large.


And if the sun catches the particles at just the right angle, another phenomenon called a sun dog can form as a bright patch of colored light hovering in the sky.


What is this and when was this found: 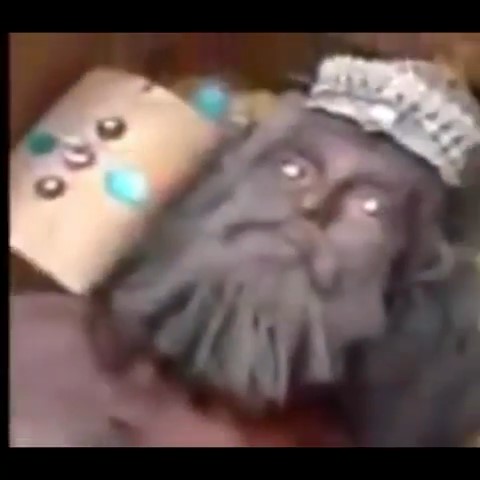