This is, in my view and my personal opinion that this marvelous artifact, damning evidence as it is though - I believe that this is of ancient Alien origin.

I say that because and here's the key detail for me and this assertion "it's not human technology".


There's lot's of strange and bizarre "plus weird" anomalies in space and if you probe just a little bit (no pun intended) you'll surprise yourself.
If this is anything else other than ancient technology then I will eat my hat. It's an official photo from NASA itself. It doesn't mean that NASA isn't censoring the photos - this 9ne could of been posted by mistake or because it was overlooked maybe? This wouldn't have been posted to their website if they was aware of this. The link to the NASA image in their official archive is at the bottom of this page.


It's amazing to have the official image for you and not just a second hand copy from the Internet. Leaving this photo on the NASA website could be that they're trying to say it's no big deal or it's not Alien technology because see, we've posted it and not marked it as Alien technology.

If you look through the right NASA images gallery and check out the right archival video footage, taken by any of the space mission astronauts or by the astronauts body cameras - you'll find something that makes you think what was that?

You'll at least come away thinking: that should not be there or should it be there, or is that real? 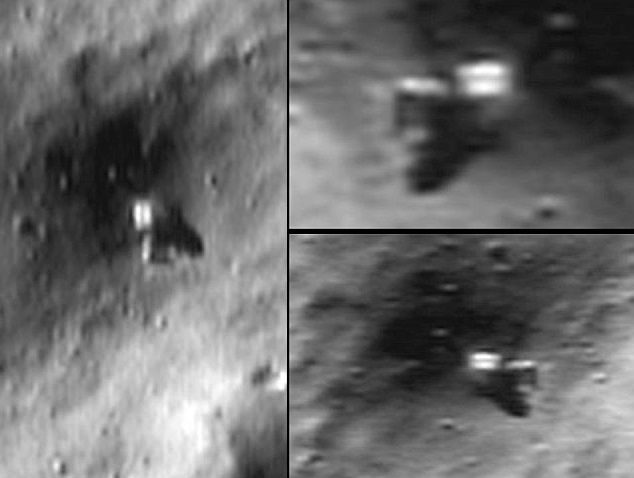 Here is a short piece from Bending Reality about this:
Eros is a peanut - shaped asteroid and the first discovered and second largest near - Earth object with a mean-diameter of approximately 16.8 kilometers and named after the Greek God of Love, Eros.

NASA spacecraft NEAR Shoemaker visited Eros first with a 1998 flyby and entered orbit around 2000, and on February 12, 2001, at the end of its mission, it landed on the asteroid’s surface using its maneuvering jets.

The main headline image of Eros, taken from the NEAR Shoemaker spacecraft on May 1, 2000, at an orbital altitude of 53 kilometers (33 miles), shows, according to NASA, a large rectangular boulder which is 45 meters across. But is it really a boulder or could it be a sort of ancient mining machine? So, do we have to take these things in to account as we receive them... you bet we do!


What doe's taking these things as we receive in to account, actually mean?

It means that we have to ask the obvious question(s):


Why do we have access to this obviously otherworldly material and is that deliberate?


Why are NASA and their cohorts taking no measures to prevent us from seeing these (in my view) obvious Alien anomalies?


Is there a different reason other than letting the public know that Aliens exist by way of artifacts, spacecrafts plus actual UFO footage and definite cover up's over the years?


There's lot's of questions but this one post is about the strange artifact on Eros.

It looks to me like a Alien artifact which suggests that it is a sort of defense tool?

It could be one of many things as who knows how to Identify Alien machines, tools and equipment?

It might be a oddly shaped drone or a craft to carry out surveillance of this valuable asteroid?

It might be a security device to ward off anyone trying to claim this asteroid?

Like an Alien version of planting the colony flag which was all the rage in yesteryear on Earth?

Touch this asteroid minions and you will be having difficult questions asked by your superior overlords.

That would be NASA.

Many, things come to mind about this artifact and the reason for that is because there is no way that it is a normal or natural formation on asteroid Eros!

It is intelligently looking and it looks to have a purpose.

What we humans would call a "object of concern" and probably declared "Top Secret" so that's why I say, is this a deliberate disclosure of an Alien artifact?

Give us your comments and leave us your thoughts, cheers.

Who owns this asteroid?

If Aliens exist, have they claimed it by putting an artifact on it - I ask this because just in case it turns out in the future that the asteroid is very valuable indeed... like gold for instance then who owns it.