Curious To Know If UFOs Are Near You

How many UFOs are near you been reported and how many have there been over a century near you? This is a great UFO infographic created by a guy who has put tons of effort in to this and now Ufology researchers have a great place to go for solid information. It's based on a few factors like time, place, shape, year and hour which is unusual to have the actual hour of the UFO sighting. Having this extra piece of information means now people can say it's when people are drinking late at night or that it's the satellites in the low Earth orbit? Either way, his new information of Ufology research is great. Cheers to Suyash Singh for creating this UFO infographic interactive and so precise.


The whole UFO representation right here is awesome. If a UFO was reported and if it happened near where you live then it will be right here in this interactive infographic. 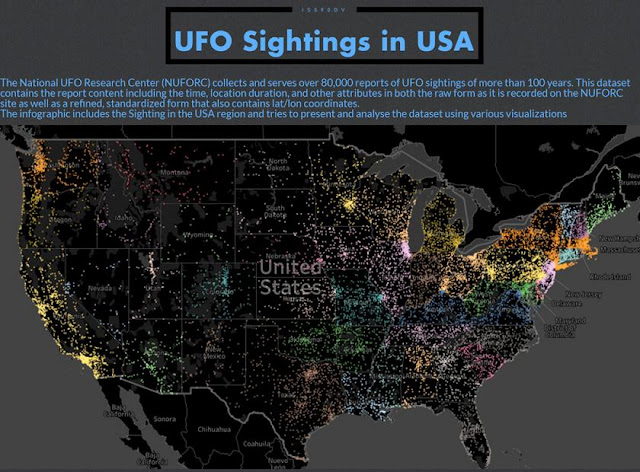 
The graphics are provided by Tableau Public (link below) and was created "from the ground up" by an amazing data analyst called Suyash Singh. The data compiled was based on the public's growing confidence to report UFO sightings and events because there will not be any repercussions from anyone in their own workplace or from their friends!

It's based on 80 thousand submissions and divided in to days, time, shape and place and year. It's awesome!


Their friends will now (more than likely) encourage them, you, me to report a UFO event - instead of ignoring it just a decade or so ago? Where friends would probably have that "horrified frown or stare" and the their eyes would roll and be that would be saying everything but without actually saying anything at all. 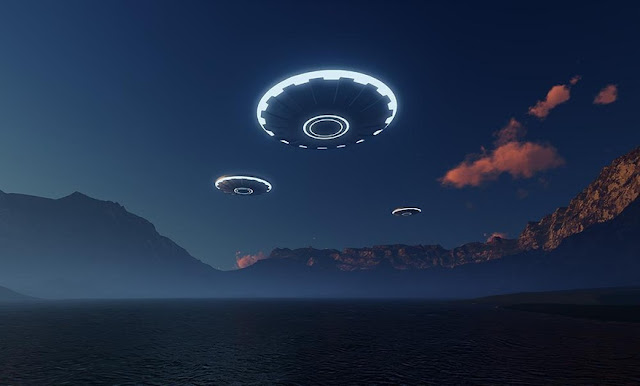 Mr Singh noted that, among the observations he made about UFOs while working on the project, "It was very interesting to see that the number of UFO sightings recorded were at late night hours on the weekends; i.e., the drinking hours."


What's your take on this statement? It kinda means that he could of chose UFOs not because he believes in UFOs but rather that he chose it for the obvious easily obtainable and available statistics, like NUFORC or MUFON and UFO Stalker and many other places?

Check the link in the sources section at the bottom of this post to see if there was any UFO events in your own area over the last century? It's fascinating UFO information and maybe, just maybe the UFO that you saw, somebody else saw in your area also? If that happened please get in touch and leave us a message, thank you.

NUFORC was the place from where Mr Singh gathered his data research material and from which he gathered a whole centuries worth of Ufology gold. The interactive map he created is stunning. 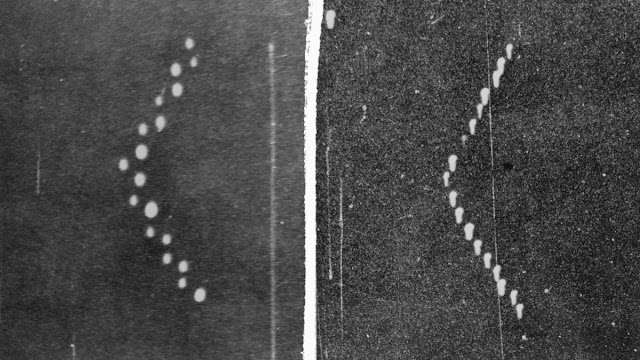 This dataset which Mr Singh has compiled contains over 80,000 reports of UFO sightings over the last century. The basics of any research (I believe) is to have a credible source and NUFORC is just that. The UFO data or information is accurate to the eye witness and in no way, shape or form is it altered by NUFORC!


It is what it is and will be for well, forever...

The archive material will not change, it cannot change. With people referencing these statistics periodically and the relevant UFO cases therein.

It's like a *blockchain effect where if all the entries match up then they all say yes. Then it's accurate as opposed to one person changing the amount, lol.

In relative terms, it can't be changed now but keeping Ufology information in "just one place" is not good as it can be changed from the source.

That means everyone whom sources this is inherently wrong and then it becomes an unstoppable, misleading lie.

*
By design, a blockchain is resistant to modification of the data. It is "an open, distributed ledger that can record transactions between two parties efficiently and in a verifiable and permanent way". For use as a distributed ledger, a blockchain is typically managed by a peer-to-peer network collectively adhering to a protocol for inter-node communication and validating new blocks. Once recorded, the data in any given block cannot be altered retroactively without alteration of all subsequent blocks, which requires consensus of the network majority.