Spaceship Found Parked On A Comet

There really is no confusion as far as I can tell, this is an Alien spaceship parked up on a comet. the comet in question was surveyed by one of our satellites and now I know why? It was to detect the phenomenal amount of anomalies on this comet of which I'm not the first to find anomalies or strange things with this comet. Other people have found strange domes and other curious housing or home structures and ruins on this comet. It's a NASA hidden gem for sure and I think Aliens are responsible for the intelligent looking spaceship on this comet.

There's an obvious weird and strange looking "something" on this rock flying through space, but what the heck is this? 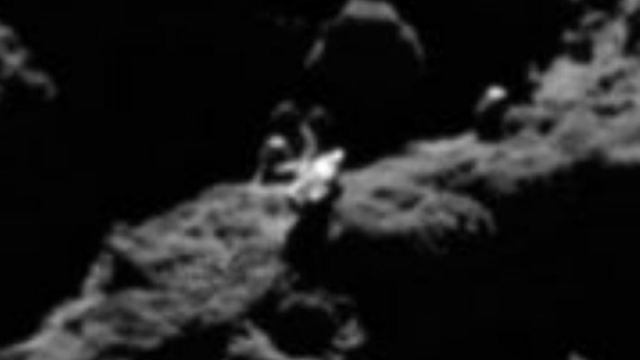 I think this is an Alien spaceship caught by the ESA satellites visiting the Rosetta Comet 67P - but I'm sure somebody will say it's just a rock and offer nothing via way of an actual rational.


My rational is that it's colour in contrast to it's stark surroundings is very different (white even).

The shape of this strange entity is very different from it's strange surroundings.

There's definite intelligence to the shape, like this was created using industry or some other form of engineering process? 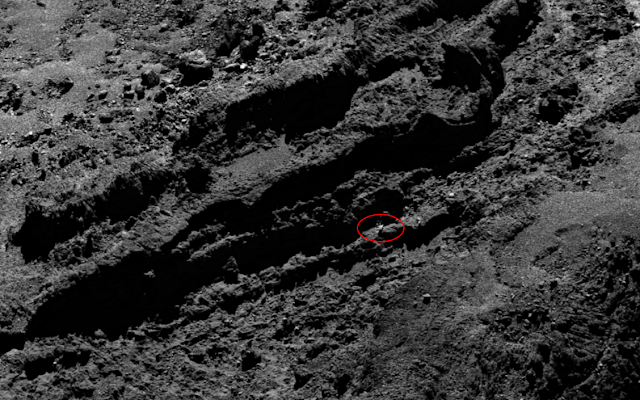 OSIRIS was built by a consortium led by the Max-Planck-Institut für Sonnensystemforschung, Göttingen, Germany, in collaboration with CISAS, University of Padova, Italy.


Can you find this Alien spaceship in the below image, it is there. 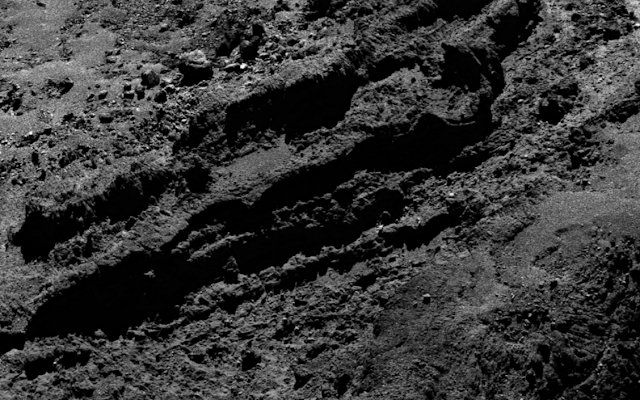 I've never seen anything like this Alien looking craft on anything whizzing through space - i.e looking at NASA comets, Jaxa or ESA videos and images of comets and asteroids.

There just isn't anything that remotely looks like this - at all. That must be taken in to account when people look at this?

Is this the reason why ESA sent satellites to this comet in the first place?

I mean, why this comet in particular?

It offers nothing that any other comet can offer, right?

Except this one has this strange little Alien spaceship parked up on it and it looks like it's been filled up with fuel or it's being energised?

I just don't know what it's fuel or energy needs are, but it damn looks strange to me. It looks positively Alien!


There are hundreds of comets flying around the Solar System, each of them a potential target for ESA's comet-chasing Rosetta mission.

As the mission took shape, the science team was faced with the difficult task of sifting through these candidates until they identified a handful of suitable objects.

Comet 67P is classed as a dusty comet, with a dust to gas emission ratio of approximately 2:1.


I'd love to hear your thoughts on this and if you would, can you check out this video I made, thank you.