UFOs Are 100 Percent Hidden In Plain Sight On NIM Insignia

The National Intelligence Manager for Aviation NIM has an insignia that has a Flying Saucer designed into it. This is blatantly hidden in plain sight.

Here's a fantastic case of disclosure hidden in plain sight - but unless you have any information or unless you are looking for it, "we won't see it."

Luckily for us there's people who are looking in some of the most obvious and plain sight places or right in front of us all as their eyes are wide open! 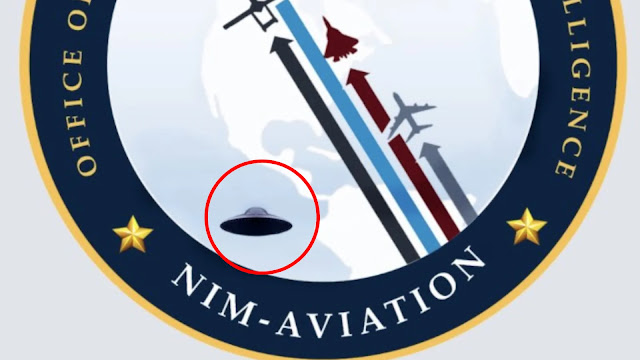 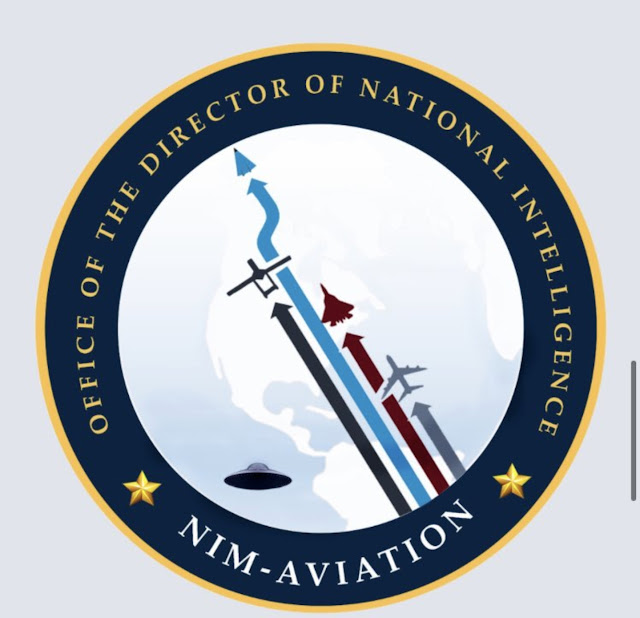 It's never been done before as far as I know that a UFO (Flying Saucer) that's become part of an official US Government agencies Insignia? But I could be wrong...

Because it doesn't matter at all if your looking right at it, unless you see it for what it is, seriously we aren't going to be able to see it. I was surfing through my Twitter feed not long ago actually and there it was, it's only because it was pointed out on Twitter as well that's, this is why I saw it. Otherwise I don't honestly know if I'd have seen it?

The National Intelligence Manager for Aviation (NIM) has an insignia that has a very curious looking symbol on it. On the whole it looks just like any other aviation insignia or symbols and or flags, but this symbol has a very, very different meaning!

I'm talking about the UFO symbol! This is a Flying Saucer symbol that has very serious implications. I don't think it's just another type of mystical variation of the Welsh mythical Dragon or the legendary unicorn and also sometimes there's a winged horse like Pegasus which sometimes adorns flags or insignias etc or something else like that.

Agencies and departments including Government (plus countries) have certainly adopted the use of mythical creatures and beast's, animals when designing such things to denote the otherworldly authority or where it's origins was born and or created and who created either the country or office.

It's like a Good given right or installed by with the blessing of, watching over type of authority. That's what these symbols are supposed to convey as a symbolic message of authority. I say sometimes because actually like with the Welsh Dragon. Here's what Wikipedia says about this Welsh Dragon on the flag of Wales:

It is considered that the Welsh kings of Aberffraw first adopted the dragon in the early fifth century in order to symbolise their power and authority after the Romans withdrew from Britain. Later, around the seventh century, it became known as the Red Dragon of Cadwaladr, king of Gwynedd from 655 to 682.

So getting back to the blatantly obvious Flying Saucer on the NIM insignia, and as their background wallpaper for their official website, let's just think about what it means that they're using it?

I'll admit, the thought of UFOs being used in an official capacity this many times on an official website, it definitely means that we're a million miles past UFO disclosure doesn't it? It also means that it's totally accepted as a fact that these UAPs are real and UFOs are real. Both the same thing but the Government would like it if we refer to it as UAPs. That's obvious why the US Government want's us all to refer to UFOs as UAPs, it's because of the ridicule that accompanies the acronym UFO.

Which I might add, it's their own doing! How many times before has the Government ridiculed it, tried to discredit journalist's asking questions and can you remember the politician who brought out a guy dressed up in an Alien costume? "We have the culprit in custody, Sherrif can you bring him out please" and it was a horrible supposedly joke!

But now that it's a scientific fact, proven time and time again, verified as UFOs are here operating in Earth's atmosphere, they want to distance themselves from the damage that they caused in the beginning! We'll I'm sorry but "NO" they're UFOs and your going to have to accept it as that!

The ridicule exists of your own doing. We blooming told you from the beginning that they are real, that the evidence is irrefutable and that we hope you get on board but it's certainly not "imperative that you do."

It'd be nice if you do get on board but your most certainly not "needed" because Ufology got this far without you, I'm pretty sure that we can get along just fine whether you are interested, believing it now or accept it. We are just fine. All you bring anyway's is a stamp of approval for the people who need their hands holding ie the "sheeple."

Here's a quick video I made about this:

Please can you share this post, thanks. Also, if you have any questions or thoughts and opinions, please share it with us in the comments section below, cheers.