Here's one of the best ancient aliens conspiracies that involves ancient Humanoids inside of a subterranean realm in Vietnam. Ancient caves systems.

There's no handbook for this absolutely amazing and brand new ancient subterranean forest, it's a 40 Storey's igh subterranean realm.

There's large underground river's, long waterway's that seems to just go on and on. 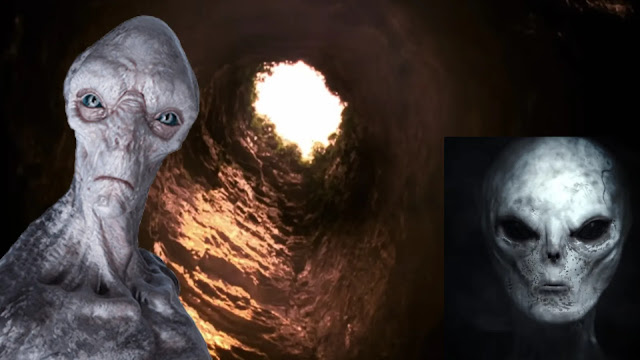 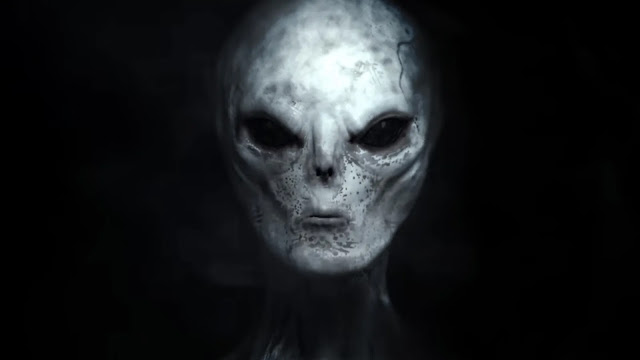 Depending on what you read and watch and what makes sense to you is what shapes your belief system.
You should always read about ancient aliens as well because it's mostly opinions and professional opinions that means it's constantly changing. Science evolves and becomes better, experiments get easier and better, quicker plus more advanced so our understanding will always evolve with science "side by side." It's great to make an informed decision on what you will believe?

I will go on record and say I bet there's lifeforms there inside this subterranean gaping hole rendered cave that isn't known to science at all. It wouldn't surprise me if these ancient Humanoids turned out to be real.

Bill Burned stated that it's just so big that it looks like the entrance to a whole different dimension or reality.

It's called the "Songdoon caves" and it's supposed to be 3 million years old making this forest, ecosystem and possible unknown species probably one of the oldest on planet Earth. It's literally unspoilt and untouched by the modern day human being. That's absolutely brilliant, it's also as rare as Diamonds, probably rarer!

It travels underground and through the Earth for nearly 6 miles which is dumbfounding and mind numbing because of it's size. Possibly, the ancient Humanoids that was seen here might have existed down there until their numbers literally spilled out of this subterranean realm and onto the relatively unknown topside?

It's a complete guess on my part and I could be wrong? That's my 2 pence worth on the subject.

There's been numerous places in the subterranean realm's where the roof (or ceiling) has collapsed and caved in. In certain parts of the underground world the Sun's ray's never had access to these caved in places and new life was able to take root.

There's evidence of Reptilian encounters at the Songdoon caves and ancient Humanoids. What the hecks going on here and why here at this place? Was it stumbled upon a long time ago and the "Humanoids" that went inside of the underground subterranean realm's did they change their appearance over time maybe?

In the 1970's in Vietnam where this Songdoon subterranean realm is, it was the Vietnam war and US Soldiers apparently encountered there at this very same place "upright walking Lizard type being's" inhabiting these caves.

Account's of Reptilian beings having been encountered in underground caves around the world go way back. There's a lot of event's that happened over centuries and have been recorded around the world for history. That's why we know it now.

There's serious questions being asked by serious people like Rabbi Ben-Tzion Saloff who is a senior fellow at the International society for philosophical enquiry about how people have an understanding that Extraterrestrial life is coming to this Earth, which is what people instantly think or believe?

In fact it's an almost accepted account of where Aliens are coming from. What type of Aliens might these be? In literature (the video mentions these Humanoids) there's informational literature stating that beings are living inside the Earth and as having "2 large black eyes with a nose that has 2 small dark holes" and he proposes that this corresponds to modern day Alien Grey's?

Extraterrestrials might already be here and that these are coming from places like this subterranean realm within this planet Earth?

It's a real, plausible explanation for why there's no huge Mothership in orbit or why the agencies that monitor the immediate space around the world hasn't sounded the alarm yet? And you know what, this run's directly into another very real conspiracy regarding NASA.

They have not revealed the truth about UFOs visiting the ISS because everyone can see these UFOs are always been filmed on the ISS live feed cameras. But as per-usual NASA does absolutely nothing about it. In fact, the NASA engineer's deliberately turn off the live every single time that a UFO sighting turns up.

Are Alien's coming from inside our own Earth asks Rabbi Ben-Tzion Saloff? And do you know what, if we actually attached the Admiral Byrd's mission to Antarctica, okay it's not Vietnam but it's definitely all about the inner realms of the Earth. Is there any chance that these two different realms are possibly connected inside of the earth somewhere?

There's other places like the Bermuda triangle which is said to have a inner Earth connection with portals opening or other ancient mysteries...

There's a lot of places and conspiracies, legends, stories and passed down myth's from generation to generation that's possibly all got some truth's to them? What the hell is going on here, is there an ancient civilization of people, Reptilian beings, Humanoids and branches of the tree of life which literally was "as Above, so below.

There's always some truth to mythology and ancient past stories like legends combined with modern conspiracies... So who the heck actually knows what is in the Earth and if there's a tiny fraction of truth to all that then this planet's got some spectacular and wonderful card's up it's sleeves and as they say "the best is yet to come" which is either good or foreboding!

Here's the extraordinary video which was uploaded to YouTube by History channel: