An eye witness has filmed an amazing UFO sighting over Staten Island in New York which looks just like a UAP craft. It looks like a Tic Tac UFO.

This is a great UFO sighting which looks exactly like a Tic Tac shaped UFO in my imagination looks like.

This is just the type of UFO which the UAP disclosure is talking about, which it's pointing to and saying that right there is a real typical UAP. 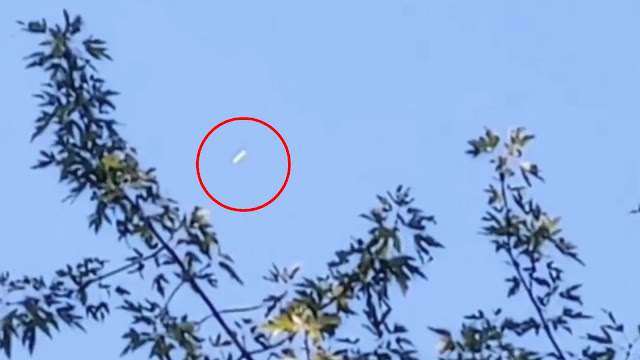 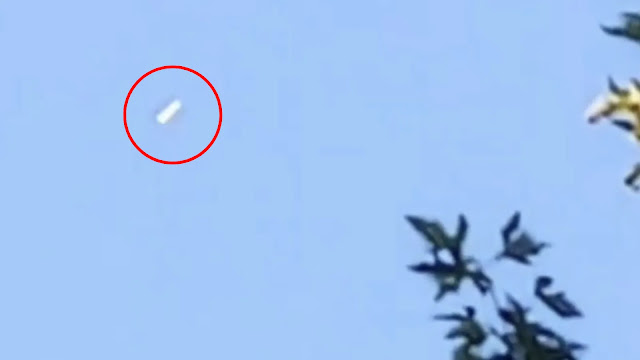 October in 2022 saw a fantastic representation of a Tic Tac shaped UAP (UFO to real people) but should we be able to see it as they're normally filmed in Infrared?

These white, Tic Tac looking UFOs are a real and genuine, tangible aircraft and it flies like nothing else on this planet!

Because of that, because there's something out there which is surpassing anything else that the US military complex has, I have no doubt whatsoever in my mind that they have been after securing one for research purposes "for a long time!"

Let's just think about this for one minute. There's regular UFO sightings been reported by pilot's in the US Navy, Air Force and they're saying that these craft's are out manouvering their own aircraft's.

Oh you can almost guarantee that the powers that be are scrambling over themselves to find out where they go, can we predict where they will be in any given time?

If they are saying that they have had no interest for the UAPs going way back then I'm still asleep, I'm dreaming. This is exotic technology which could give them the unsurpassable edge in everything from military, technology, business and politics.

Here's the video description which was posted on the Instagram channel ufoglabal_italia:

One person on Staten Island said she felt "a feeling of warmth go through." “I was walking she said - when I felt a strong heat in my head. I looked up and saw something flying in the air.” “We were on the roof of the house told another to see the stars at night, when at a certain point a strange object appeared, with a white light. It flew low. Then we heard the sound similar to that of an airplane, but it wasn't an airplane.”

If these testimonies could be the result of inventions or suggestions, an official document remains to insinuate the doubt that aliens really exist and have come to visit the earth: the report, filed at the Pentagon, by the air force commander David Fravor. The pilot wrote down his "close encounter" with a UFO in 2004, during a training flight along the California coast. The unidentified object, Fravor said, sped past him at twice the speed of his jet, and disappeared over the horizon without a trace.

So we're definitely seeing a mixture of man made craft's and UAP exotic craft's in the atmosphere around the world recently.

But are they in fact top secret aircraft, experimental aircraft and other top secret research and development aerial vehicle's. We can probably bet the house on that because some of these are being misinterpreted and reported as UFOs? This is why people are more and more saying that we shouldn't be so quick to identify a UFO sighting as Extraterrestrial in origin and that we should be looking at man made craft's first and foremost.