Here's the most brilliant UFO sighting that shows us a fleet of UFOs over Honolulu in Hawaii USA. It was uploaded to UFOBrazilNetwork Instagram.

Here's the extraordinary video which was filmed over Honolulu in Hawaii some time in 2021. It was uploaded to Instagram by UFOBrazilNetwork.

What a bizarre looking UFO sighting because for start it's about the most UFOs probably that I ever seen in my life? 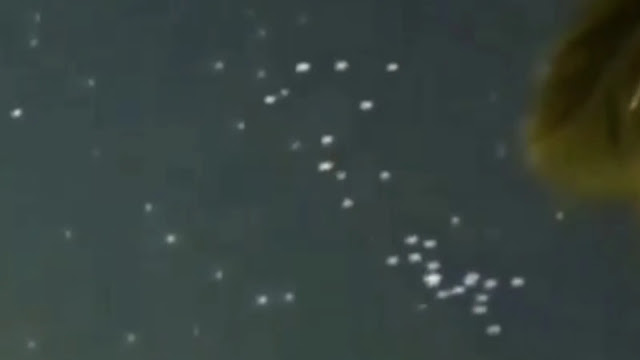 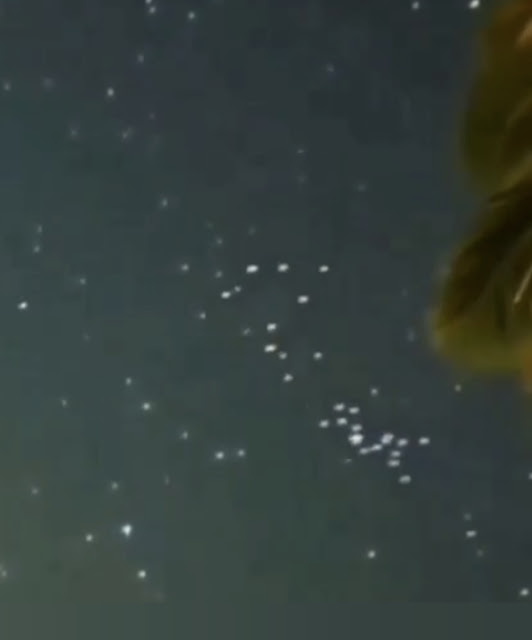 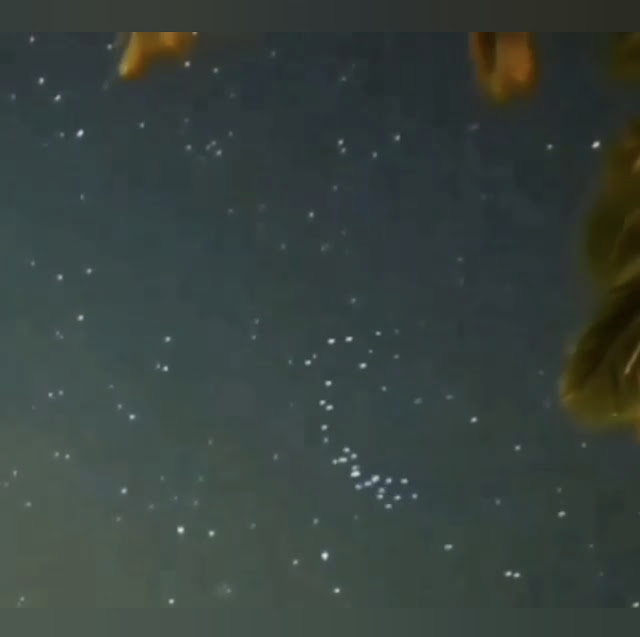 This is one large group of UFOs which seems to be following each other over Honolulu in Hawaii USA.

Not including the Tether incident which was filmed by NASA but in space. Okay there's no way that we can count them one's neither just like these UFOs.

We see a couple of UFOs to start off with just nonchalantly strolling through the videos screen as if they belong here on Earth! Can you believe it, the cheek on these Extraterrestrial entities! Sneezing who knows what into the atmosphere and coughing all over the place, maybe? It wouldn't surprise me if they was... It starts off with the two UFOs flying into the screen view but they're quickly followed by all the rest of the fleet.

Two UFOs fly into the screen quickly followed by the full fleet of craft's! This is unprecedented footage of UFOs (Tic Tac UAPs) in Earth's atmosphere.

I don't believe that these are bird's or drones even though there's a good chance that it could be one of them. We can't rule them out at all but we can add them to a list in order of what these could be?

I suppose bird's would be first in this list and then drones would be second. But without a doubt, above both of these two good ideas would be UFOs. Still unidentified flying object's which is now UAPs or Unidentified Aerial Phenomena.

Which camp are you in; UFOs or UAPs because the Pentagon has pretty much changed the acronym and is trying to control the narrative because it's their way of admitting to UFOs but not wanting to work within the rules so they're wiping away all the shame as they was involved in rubbishing anyone who talked publicly about UFOs. It became a joke, it was a bad thing to say UFO as anyone talking about UFOs was immediately labelled as mentally unstable.

People was "mercilessly ridiculed" so we can spot it a mile off what the Pentagon is doing. They don't want to be labelled as unstable or backing a kooky genre.

Well, you've got to live with it just like we did! Hawaii USA does have a large number of UFOs that people are filming all the time.

Here's the magnification video flying over Honolulu in Hawaii USA:

If you've got any thoughts or opinions on this please share it with us in the comments section below, cheers. Also please share this post, thanks.