Here's a fantastic video showing a UFO Sphere flying over Santiago de Querétaro, Qro., Mexico. It's a truly strange sight but is it man made or not?

Here's an absolute stunning video of a UFO Sphere flying over Mexico in October 2022.

Is it an alien "probe" which was seen in the surroundings of the Mexican city of Querétaro (Santiago de Querétaro, Qro., Mexico). 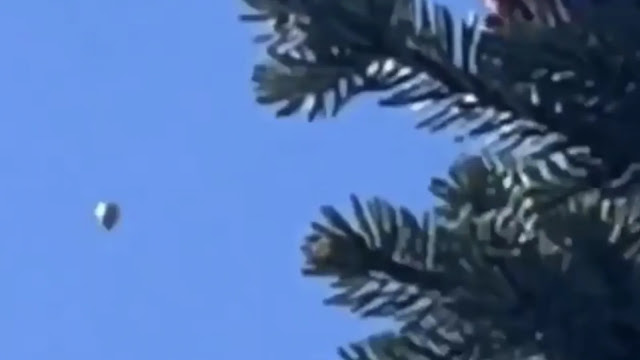 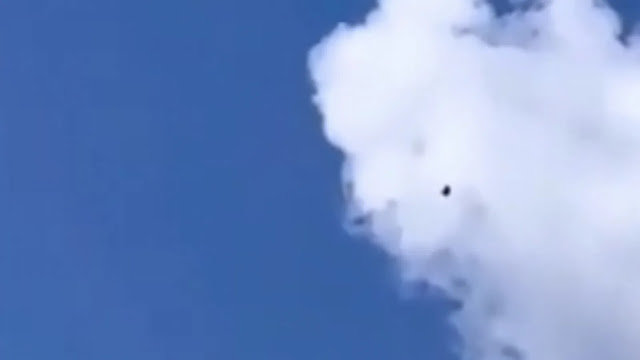 The UFO sphere is filmed over Mexico but what is it? Could it be a balloon? Is it a man made craft or a hoax with CGI rendering?
I'm confident that it's not a hoax or a CGI rendering because of how it looks. But, is it a real UFO or a UAP sphere?

Guy's, if I remember right we've all seen something that looks very similar to this UFO? In fact, it's hard to distinguish between the two UFOs ie the one just above at the top and this one directly below.

I think that they look the same (or as near as possible to it) as this one here in the video, definitely. It's actually been seen by someone and th we y filmed in a few places but I'll just list the one other place that I think this UFO sighting might have happened in? 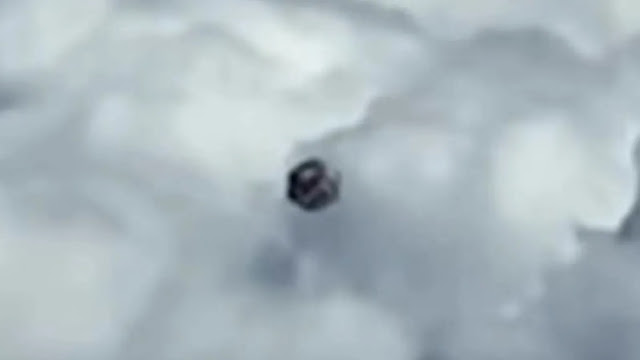 It's labelled as a cube UFO but it really does look like this one in the video here in this post.

Only a few seconds of video are enough to observe the technology that goes beyond what humans have. The UFO is captured in full daylight, at the end of the video it looks to go hypersonic and it's next movement (without any visible means of propulsion), literally vanishes while the witness tries to capture it with his camera!

Then the UFO finally disappeared out of sight.

The video leaves no room for doubt that it is an object from another world, hundreds of these "spheres" are reported every day around the globe.

Sometimes alone and sometimes in flotillas (fleets) or dozens of them, it is extraterrestrial technology that usually visits homes, detecting frequencies and energies of individuals before "disappearing."

Commonly seen at low altitudes, but also usually suspended for long periods over the cities hovering.

The original writing in Spanish which I don't know if it makes sense...

The above quote in Spanish is here also but I've translated it into English here:

One of these UFO spheres was captured clearly over the city of Medellin , Colombia by a pilot from the cockpit of a commercial aircraft, at more than 35,000 thousand feet, are objects called by the U.S. government. as "Transmedium" UFOs, which can go from the bottom of the sea to the sky and out into space.

This is the technology that today worries the governments of the great nations, and that has prevented them from continuing to submit information to the public. The transmutation has begun, the "New Era" has arrived... Es momento de creer.

The translation of the original Spanish writing in the video description really didn't turn out right. In fact it sounded idiotic and never made any sense whatsoever and I cannot add it to my post.

I refuse to add "gobbledygook" so-to-speak to my blog post which doesn't make any sense. It's got to be a translation error because the effort is to great. But because it never translated correctly there's a very good chance that the original Spanish writing doesn't make any sense at all, either?

I know that it doesn't make sense because when I translated it to English (I tried a couple of times) to make sure it wasn't just a one off because Google Translate is usually very good.

If Google Translate cannot make sense of it then there's the strong possibility of local dialect might be mixed into the writing? In other words "writing words how it's pronounced phonetically instead of the correct writing and spelling?"

A bit like this; ello me frend. Which should be written "hello my friend" and so Google would probably struggle to translate it written phonetically.

There's always something going on in the world with regards to UFOs.

If you've got any thoughts or opinions on this post please share it with us in the comments section below, cheers.